LOOKING BACK
By John Turney

Back in the day, however, there was terminology for those groupings and different offenses would use different verbiage.

Three of the most-used offenses in the 1980s through the mid-2000s (we contend most offenses are hybrids and borrow from each other the routes, but many still maintain much of the verbiage for formations but it seems most use digits or numbers for the personnel groupings).

Here are examples from those three offenses we think were most prevalent, the Coryell system, the Walsh system (called the West Coast Offense) and the Earhardt-Perkins offense.

First is Coryell, then WCO, then Earhardt-Perkins: 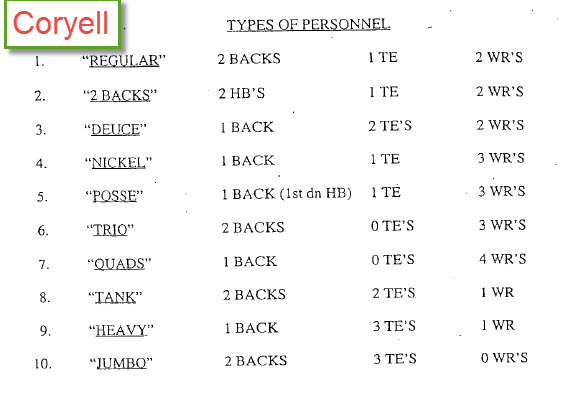 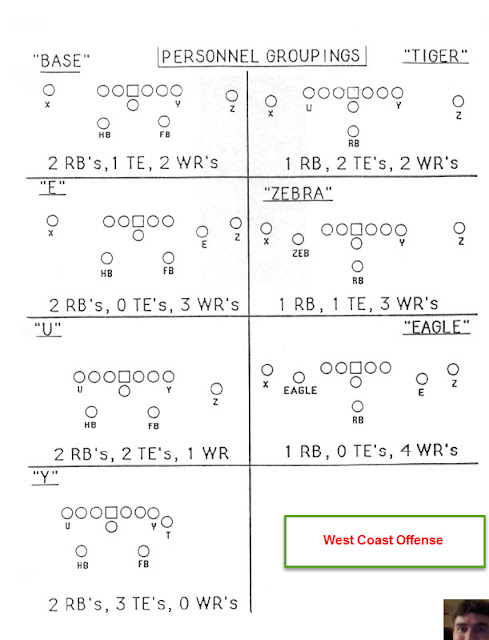 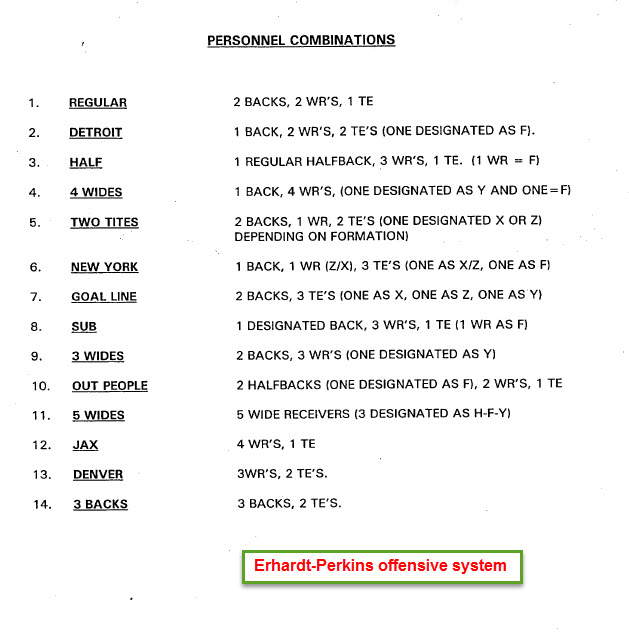