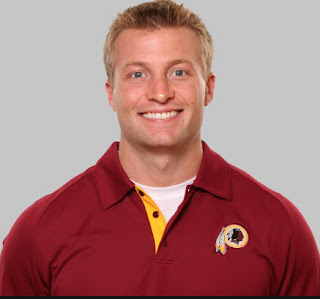 Sean McVay became the youngest head coach of the NFL's modern era today when the Los Angeles Rams hired him to lead the franchise. He is about eight months younger than Lane Kiffin who got his first coaching job with the Oakland Raiders in 2007

Here are the youngest coaches ever: