Why Not "Run Action Pass" and "Pass Action Run"? 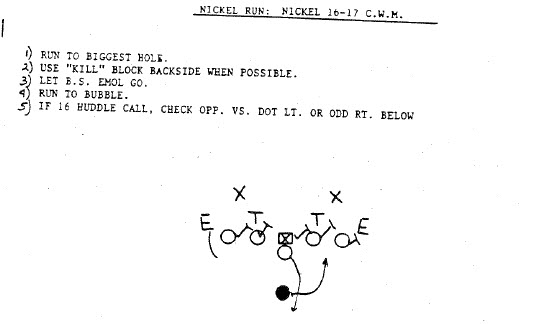 We hear the term "Play action pass" every Sunday. Pregame, during the game, and in post-game analysis. The got the run game going and that opened up the play action passing game.

We all know what it means, but why isn't it called what it is—a run action pass?

A "play" can be a run or a pass. That word in front of "action pass" really makes no sense except that it has been part of the NFL lexicon for many decades. Some playbooks have corrected it to "run action pass" but it has not yet become mainstream.

The point of the play is to throw a pass while faking a run play with the idea of holding the linebackers for a heartbeat, forcing them to react to a potential run game, before they can get to the pass drops with the hopes that fraction of a second delay will open up a hole in the zone enough to complete a pass that would otherwise be more difficult.

It is a team-wide effort, the QB and running back mimic exactly their motions on a running play as does the offensive line and the receivers block for a moment before going into the pass pattern.

The opposite of a run action pass is a pass action run. A draw play is an example. It's a play designed to look like a pass play but the quarterback gives the running back the ball deep in the backfield, where the pass drop ends.

A  screen pass is, in effect, a pass action run, but since the ball is thrown forward to the running back it is still a pass play.