Last Sunday, versus the Jacksonville Jaguars the Los Angeles Rams opened the game in the base 3-4 defense. They called a stunt in which starting rookie nose tackle Tanzel Smart slanted to his left, but he went too far and the Weak A-Gap was wide open and Leonard Fournette ran 75 yards to paydirt.

When Jacksonville came out in the same or similar personnel packages and formations Rams Defensive Coordinator counters with a defense that had four defensive linemen and four linebackers and three defensive backs "8 men in the box" as it is called. He also aligned them in a Bear front, very similar to the 46 Defense perfected by Buddy Ryan. A few times he used the base 3-4 with a safety walked up for the 8-man in the box look, but most of the afternoon, it was the 4-4 Bear front. 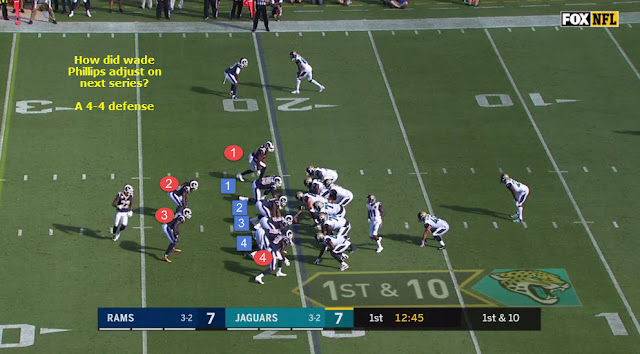 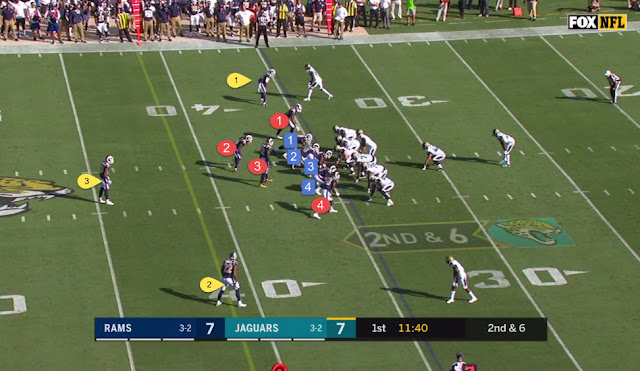 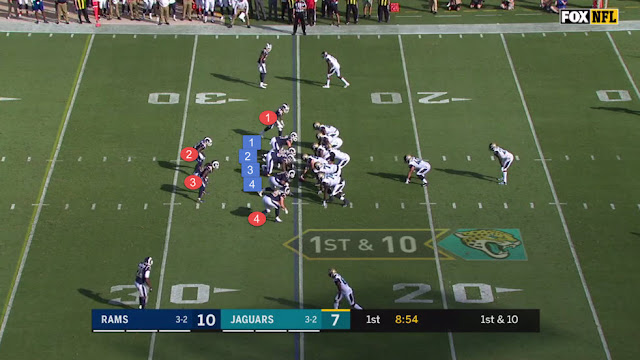 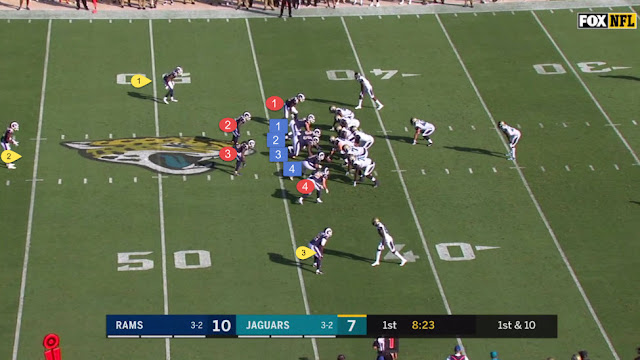 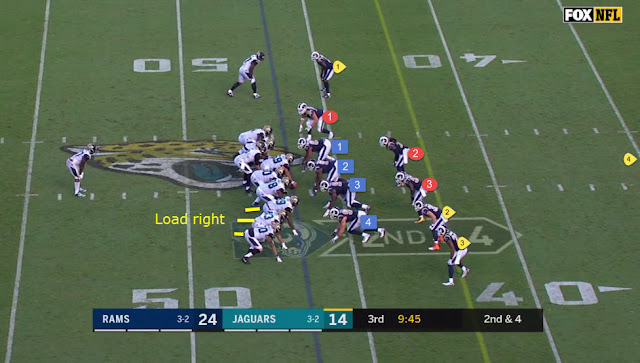 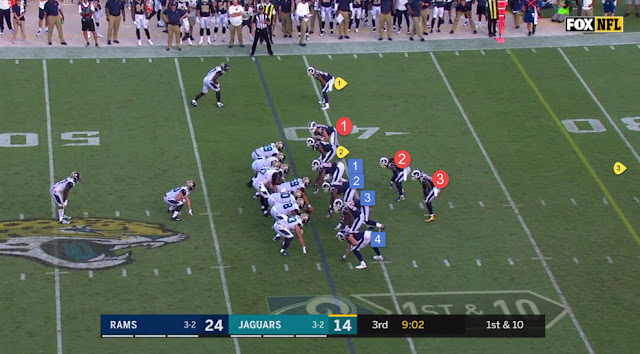 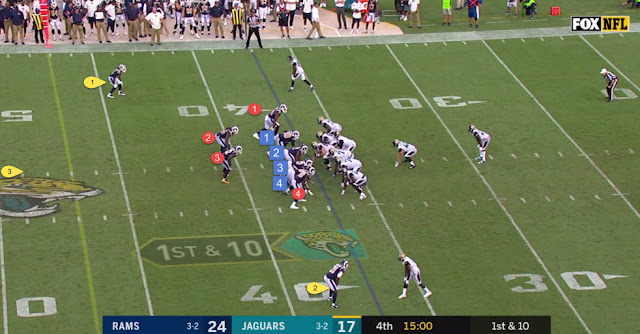 The above still shots (all credit to NFL Gamepass) show the fronts. 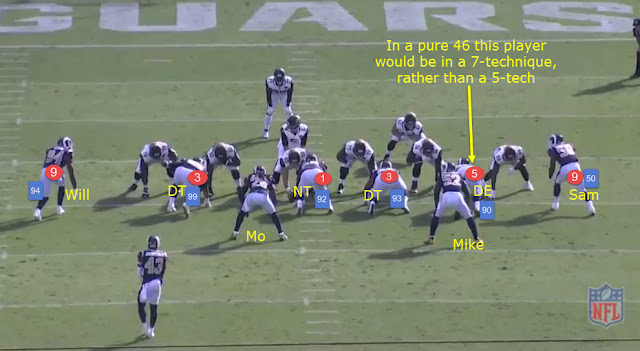 It begs the question of if Phillips meant to use this as part of the gameplan all week or if he made the change after the one big play and committed to a 4-4.

Regardless it worked. On his next 20 carries, Fournette gained only 55 yards and the defense allowed just 10 points in the last 59 minutes of the game. The Bear front puts a defender on the center and both guards, in theory, making sure the A-Gaps are closed and preventing the kind of run that burned them on their opening defensive snap. Additionally, when they did use the base 3-4 with a safety walked up they sometimes reduced the 5-tech (Defensive end) down to a 3-technique giving the 3-4 defense a "Bear" look. Most coaches call that a "Sink" or "Double Sink" when players move over a spot on the interior. 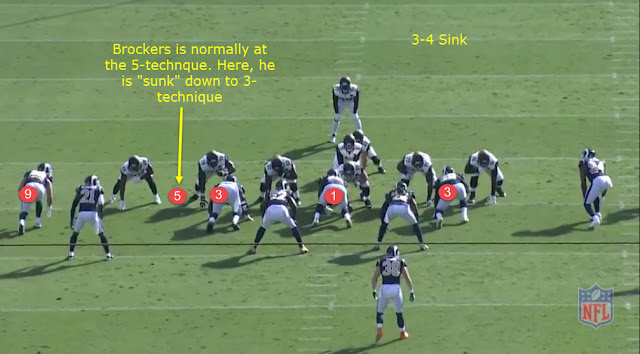 So, Phillips seems to know a few things about not staying with one scheme. He was touted as a 3-4 guy but when he felt it was needed he ran a 4-4 (which is the exact same as a 4-3 with a safety walked up, but that is a story for another day.