Michael Strahan's 22.5 sacks in 2001 is the official NFL single-season record for sacks. However, the unofficial record is still Al "Bubba" Baker's 1978 season when he had 23 sacks in 16 games. Sacks became official in 1982 but were recorded in gamebooks prior to that. It's the same source that is used now. 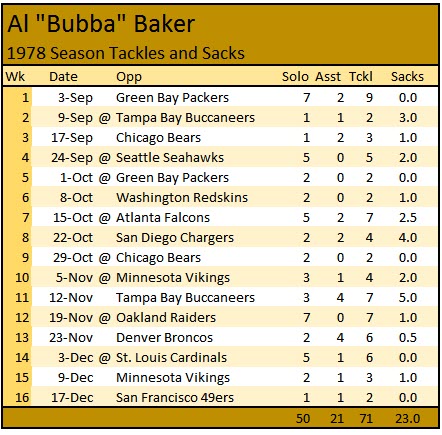 So, there will be a time in the near future when someone challenges Strahan's official record, we shouldn't forget real data from real players, even if it is not "official".