THINGS YOU CAN NEVER LAY YOUR HANDS ON
By John Turney

As we did  the 1950s, 1960s, 1970s, 1980s, and 1990s, we've compiled all the sources we know of that picked a 1940s All-Decade Team and combined them on one chart. We think it gives a wider perspective than just one select team. Some players were picked by one organization on a First-team and also on the Second-team, and we listed them that way.

The Pro Football Hall of Fame usually lists all the picks together, but they did have a First-team and we've listed them on the left. The honorable mentions (we don't know who was Second- or Third-team) are on the right. 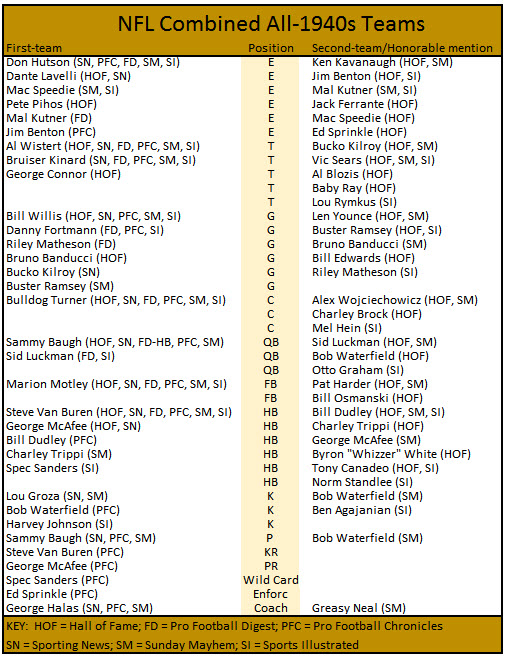