THINGS YOU CAN NEVER LAY YOUR HANDS ON
By John Turney

As we did the 1960s, 1970s, 1980s, and 1990s, we've compiled all the sources we know of that picked a 1950s All-Decade Team and combined them on one chart. We think it gives a wider perspective than just one select team. Some players were picked by one organization on a First-team and also on the Second-team, and we listed them that way.

The HOF, at one point, listed First-teams, but no longer do. We don't know why. At the time they showed three ends and one other (Walston) and sometimes didn't have a Second-teamer or honorable mention. It's just an oddity we have to live with. 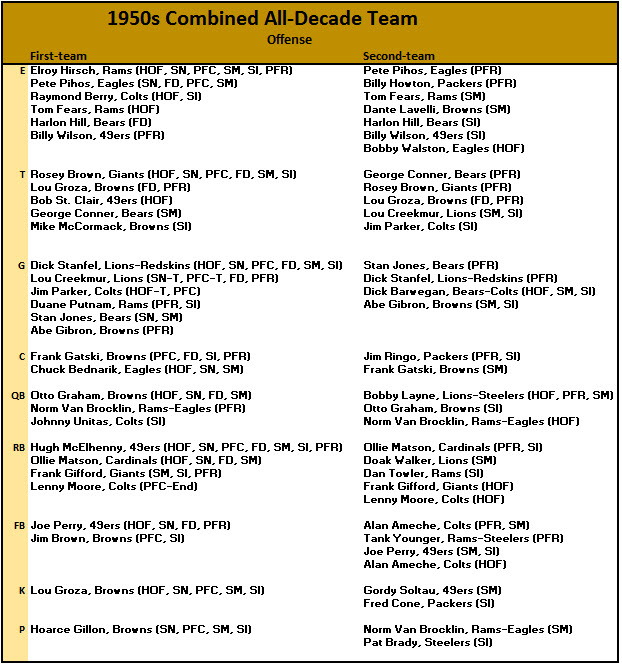 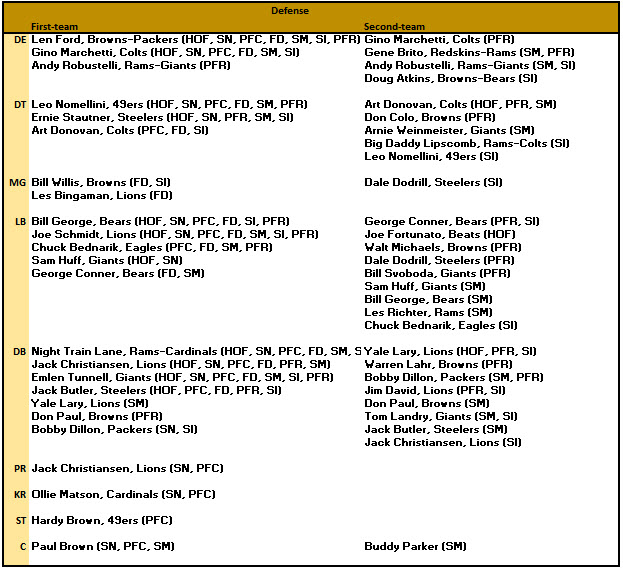 We think this exercise is helpful because once-in-a-while there are oddities the Official Hall of Fame selections. In the 1950s Jim Parker was chosen as an All-Decade guard in the 1950s, even though he didn't begin to play guard until the 1960s. When additional teams are listed those types of anomalies can be mitigated.
Posted by John Turney at 11:26 AM