Eagles Move Up Five Spots in First Round in Exchange For Maxwell and Alonso.

The Draft Value Vhart (DVC) is purported to estimate trade value draft picks. invention has been credited to Jimmy Johnson. Although it was based on earlier rules of thumb as we will explore in the future.

Here is the current DVC.: 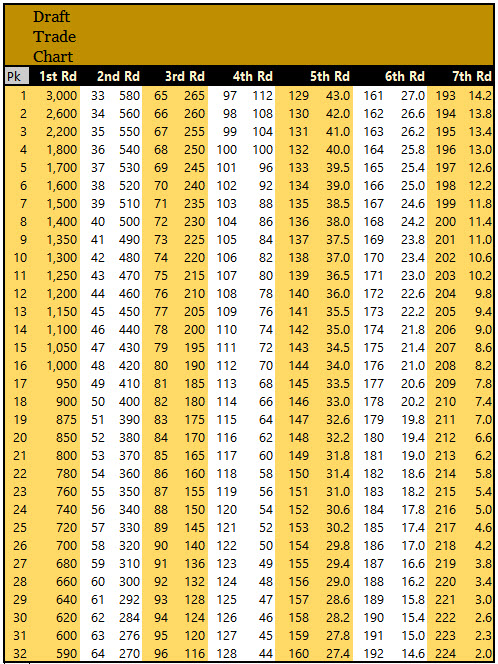 So, using the chart, what did the Eagles get for Alonso and Maxwell? They moved from spot 13 in the 1st Round to the 8th slot in the 1st round. That is a net difference of 250 draft value "points (1400-1150).  Two hundred and fifty points is the value of the 68th overall pick, a high 3rd rounder.

I supposed, theoretically anyway, if both players are of equal value, then each was worth 125 points or a low 3rd round (Between pick 93 and 94 overall).

Alonso was traded for LeSean McCoy last year, even up, so essentially, the Eagles got a 3rd rounder for McCoy since that is the value of the player they received him.

Maxwell was originally a 6th round pick for Seattle, but he signed a 6-year, $63 million contract with the Eagles on March 12, 2015 and played just one season for the Eagles.