A Couple of Nuggets in the Punt, Pass, and Kick Competition

As a follow-up to the Chris Willis article on The Punt, Pass, and Kick Library Series we also wanted to show a couple of gems from ABC's Monday Night Football that would often show the PPK as part of their halftime show.

The first is well-known, the Brobdingnagian Andy Reid in the 1971 competition. The next is lesser known, it's future NFL quarterback Chris Miller, who appeared in 1974 during the Rams at 49ers MNF game. Miller also had a stint with the Rams in his playing days 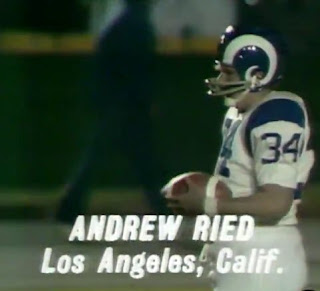 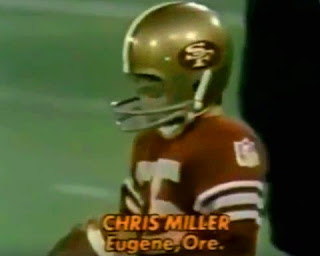