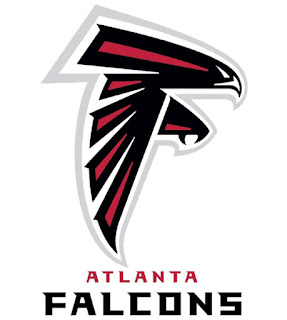 We at Pro Football Journal are trying to pick the best individual seasons in the history of each franchise, which we will continue today with the Atlanta Falcons. By "Career-year" we mean the best performances at each position, with the following rule: Only one season per player per position. For example, here, we cannot pick Claude Humphrey’s best two seasons and use all DE slots.

The quarterback picks were tough, but we felt Bartkowski's 1980 season, given era was slightly better than the recent matt Ryan seasons. One thing for sure is both Bartkowski and Ryan had/have some excellent targets. Bartkowski had Alfred Jenkins on the outside and Alfred Jackson as a third receiver in those days along with Wallace Francis, who can only merit an honorable mention with this group of . Julio Jones and Rison, 1990, get top spots and Roddy White's 2010 gets the other Second-team spot with Jenkins. Finneran is the exact type to fill this position in our serious, a slot receiver that makes a difference. Michael Vick, 2004, and Chris Chandler's 1998 season are honorable mentions as well.
Michael Haynes, 1991, had 50 catches for 1122 yards and an eye-popping  22.4 yards per catch to go with his 11 touchdowns. In 1998 Terance Mathis and Tony Martin had honorable mention seasons. We always wondered what kind of season Ken Burrow would have had in 1973 had he not been hurt. In nine games he had 31 catches and 567 yards and seven touchdowns. In that "dead-ball" those are excellent numbers if extended to 14 games played. Oh wellThe Falcons had several the Run and Shoot offense and there were some good numbers posted, you can decide if they are honorable mention or not. Drew Hill, , Eric Metcalf, etc. We decided to leave them out.
Tony Gonzales 2012 was the best, followed by Junior Miller in 1980s. Honorable mention goes to Jim Mitchell's 1972 season when he was a Second-team All-pro and made the Pro Bowl, mostly on his blocking and ability to get yards after the catch, he was tough to tackle. In our view, very John Mackey like in that regard. Alge Crumpler, 2006, is also honorable mention.

Ovie Mughelli, 2010, and  Bob Christian, 1998, stood out as the "guard in the backfield" type fullbacks. Both were keys to the running success of the Falcons running backs in those seasons.
The Falcons had four top seasons for runners, hard to separate them, but we did the best we could. Andrews was such a good blocker, runner, and receiver it was hard to ignore, and he was All-Pro in 1983 as was Riggs. Anderson was, as well, but we felt circumstances and intangibles warranted Andrews over Anderson. Turner burned it up in Hotlanta but didn't last. He gets the final slot.

Jeff Van Note was Second-team All-Pro in 1979 but had several other seasons worthy of  being the selection. Robbie Tobeck, 1998, converted to center and had a good campaign for the Second-team slot. Bill Fralic, 1986,  and Chris Hinton, 1993, get the guard spots, backed up by R.C. Thielemann, 1982, and Harvey Dahl, 2010. Hinton was usually a tackle in his NFL career, but he was a really exciting player to watch in 1993 as a guard. Great athleticism and speed even at that stage of his career.

Mike Kenn, 1980, was as good as any tackle in and had many "blue" seasons as scored by Proscout, Inc. It's one of those mysteries why he has not received more Hall of Fame consideration, playing 17 seasons, many Pro Bowls and All-Pro selections and high grades by scouts. For George Kunz we went with 1972 but could have picked 1971 or 1973 as well. He is one of the forgotten names the 1970s. At the time he was on par with Hall of Fame tackles Ron Yary, Rayfield Wright, Art Shell, and Dan Dierdorf. Those players will tell you Kunz was every bit as good as they were. The Second-team picks are Bob Whitfield, 1998, and Tyson Clabo, 2010.

As usual, we take into consideration the era and awards for the kickers, Morten Andersen, 1995 and Norm Johnson, 1993, were a cut above in their respective season. The same is true for John James, 1976, and Rick Donnelly, 1988. Both were at the top of the NFL in and got post-season "All" selections, whether All-Pro or All-NFC. Matt Bosher's 2011 (and others are excellent) gets an honorable mention, but to break into this he'd need to be better than his peers and get some post-season recognition, a Pro Bowl, even Second-team All-Pro. The game has changed so that if we went by stats, all recent players would get the , due to passing game explosion, kicking game excellence, expanded seasons, etc.

Rossum and Johnson were highly honored and did the thing that stands out most for returned, taking kicks to the house. In the same manner, Darrick Vaughn, 2000, beats out Deion Sanders, 1992, by taking three kicks back for touchdowns while Sanders had two.

Elbert Shelly would be on to be best special teams ace ever. He was a Pro Bowler four times and a first-alternate to the Pro Bowl two other seasons. It is likely that only Steve Tasker has a better record in that category.

Deion Sanders was an  for one corner and 1992 was his best season in the A-T-L. Rolland Lawrence was a consensus All-Pro in 1977, made 48 tackles, picked off seven passes forced two fumbles, recovered three. And from his corner position even had a sack and three stuffs.
Ray Buchanan gets one Second-team slot with numbers very similar to Lawrence in 1977. Scott Case picked off 10 passes in 1988 and narrowly edged Ken Reaves (1967 and 1969) for the final CB spot. Reaves has to settle for honorable mention.

Ray Brown, 1974, was a fine season as a strong safety. He had 56 tackles (4 for losses) and he had 8 picks which he returned for  164 yards and one touchdown and was named Second-team All-NFC. Eugene Robinson was a Pro Bowler and All-NFC selection in 1998 and his leadership solidified the Falcons secondary for their Super Bowl run. William Moore, 2012, is the backup strong safety and Tom Pridemore, 1981, gets the backup free safety slot with his 7 picks 221 yards in returns including one for 101 yards and a score.

In 2003 Kevin Mathis had 3 picks, one for a score and a sack as the nickel and Darnell Walker, in 1994, also had 3 picks and one for a touchdown and also was credited with a sack.

Tommy Nobis was All-Pro in 1967 when he had 125 tackles, 7.5 for stuffs, 3 interceptions and one defensive score. We had to go with that, however, his rookie season was very much in the mix when he also had 125 tackles, but 12 stuffs and 5 sacks, but no picks. It is hard to find a lot of footage of the Falcons from those seasons, but it would be fun to see if he  a lot as , then as a second-year player in 1967 he dropped into coverage more, as he gained experience. Anyway, we went with 1967 over 1966.

Jessie Tuggle's Pro Bowl 1998 season gets the call as the Second-team "Mike", though he had several seasons, 1990, especially that could be one of the ILBer spots. For that we went with Keith Brooking, 2002, and  Buddy Curry, 1980, as the Second-team. 1990s season gets and an ILBer. However, we may rethink this at some point as perhaps Tuggle deserves two spots, rather than Brooking.
As an outside 'backer Brooking gets one Second-team slot for his 2004 campaign. The other second-team pick for is Greg Brezina, 1978. He was a Pro Bowler in 1969, but that was one of those years where several Falcons players were picked as replacements because Norm Van Brocklin was the coach and he picked some of his guys. Tom Fears, the Saints coach and the coach of the East team did the same thing, so one has to be careful when looking at those seasons as "Pro Bowl" selections. Regardless, 1978 was Brezina's best season, As part of the Gritz Blitz defense, he led team with 9 sacks and was second (behind the leader one) in tackles with 107 tackles, 11 of which were  and he forced two fumbles.

The First-team outside linebackers were both from 1980. Al Richardson was a rookie and was voted NFL co-Defensive Rookie of the Year along with teammate Buddy Curry. the Falcons 3-4 defense, which was really the "Okie" 5-2 defense, Richardson and Joel Williams were, in essence, the stand-up ends. However, Richardson usually dropped into coverage and Williams blitzed. Both men were small with Richardson 6-2, 211, and Williams, at that time, was 6-1, 206.

Richardson ended the season with 84 tackles and 7 interceptions, a high number for a 3-4 linebacker, but his role explains that. He did blitz enough to get 3 sacks and was really a headache for offenses that season. Williams, the ROLBer was even more of a headache. Williams had 93 tackles, 16 sacks, picked off two passes, forced two fumbles, deflected 10 passes. He also recovered 3 fumbles one for a score and scored a safety.

To put Williams's sack total in perspective, 1980 was his second season, and prior to that, the highest sack total for any 3-4 outside linebacker we've ever found was Ted Washington's 11 sacks in 1974 for the Oilers. So, had sacks been official, this tiny would have smashed the LBer sack record. It wasn't until 1984 until another (Andre Tippett) would average a sack a game or more. Lawrence Taylor didn't do that until 1986, his sixth season in the NFL.
Unfortunately, fate was not as knee injuries slowed him and he was never able to come close to duplicating his 1980 performance. Richardson had 9½ sacks in 1981, playing the role of the when Williams was hurt, but he, too, wasn't able to maintain his level of play from 1980-81.

Picking the tackles were tough. Roderick Coleman is the only Falcon defensive tackle to be voted to the Pro Bowl and he was All-NFC in 2004 and 2005 (the season he made Pro Bowl). Both seasons were similar, we went with 2005 when he didn't miss any games. For the other spot, we had to dig deep and went with Mike Tilleman's 1973 season when he led the team in tackles with 104 and had 5 sacks, 6 stuffs, and blocked two kicks. Travis Hall was very noticeable in 1998 as a penetrating  with 10.5 sacks. Don Smith was Second-team All-NFC in 1981 and was second on the  with 7½ sacks from his nose tackle position. Tony Casillas was Second-team All-Pro in 1989 and gets a nod as an honorable mention, though his tackle total was not as high as Falcons reported (152). More like half of that.

Claude Humphrey had a handful of seasons to choose from. We decided on 1974. The team was terrible (2-12) but Humphrey played his guys out. He had a career-high 86 tackles (7 were ) and 12½ sacks, a career-high at that point, forced three fumbles, was credited by as batting away eight passes, blocked four field goals, and a PAT. He was an All-Pro, though not consensus as he had been in previous seasons, but we went with 1974 anyway. John Abraham was All-Pro in 2010 and Second-team All-pro in 2008 when he had 16.5 sacks, but we went with 2010.

For backups, we picked Patrick Kerney, 2004, John Zook, 1973, though was right there as well, as well. In 2004 Kerney had 66 tackles, 13 sacks, and deflected nine passes in a Pro Bowl season. The Falcons got Kerney on a tip from then-Duke offensive line coach DeLamielleure who told Falcons scouts that Kerney had a big future. Jumpy Geathers is the DPR for his 1994 8-sack season as an inside rusher. Mike Pitts was the Falcons 4th defensive linemen in 1983 when the Falcons played the 40 nickel.

Agree disagree? Post your thoughts in comments section below.
Posted by John Turney at 4:08 PM