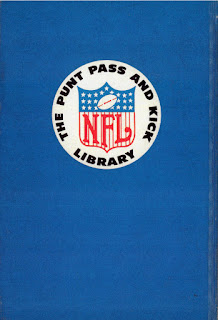 The Punt, Pass and Kick competition by the NFL in 1961 for boys ages 6-15. Each competitor would compete in three events:  Punting, passing, and kicking to see who was best in their age group. Over time the competition added a girls’ bracket for the same age groups. Today, over a thousand boys and girls from around the country compete in the five age divisions (6-7, 8-9, 10-11, 12-13, and 14-15) in events that start in May and run through January. The program is free both to the organizers who host a local competition and to every youngster who participates. Each NFL team then hosts the finals of their local participants. Those winners then compete in a national competition.


A few years after the competition started in 1961 the NFL and Random House publishers got together to print a series of books aimed for young readers to learn about how to play the game, the history of the NFL and the great games and players who played in the NFL. The series was titled The Punt, Pass and Kick Library.

The series started in 1965 with the first book How to Punt, Pass and Kick, written by Richard Pickens, a freelance television editor and author, who had just authored The NFL Guide to Physical Fitness which was also published by Random House.

The first book was 173-pages in length and featured 8 chapters on how to play the game of football. 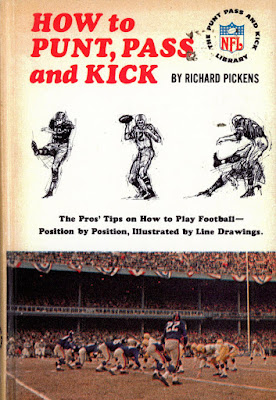 Within the eight chapters, young readers saw over 10 football diagrams and 28 illustrated drawings by artist Fran Chauncy that featured position-by-position drawings on how to play football from the pros in the NFL. Also, throughout How to Punt, Pass and Kick Pickens quoted all of the current NFL coaches on different topics. George Halas of the talks about how J.C. Caroline changed positions from college running back to NFL defensive back (chapter 2); Rams head coach Harland Svare talked about his star defensive end Deacon Jones, calling him “part tiger, part bear,”; Cowboys head coach Tom Landry gives advice for boys who want to learn the quarterback position (chapter 6); Vikings head coach Norm Van Brocklin tells readers why he feels strongly that a quarterback should stay in the pocket (chapter 6); while Packers head coach Vince Lombardi offers readers advice on how to be a good linebacker, “Intelligent guessing based on experience is of great help in playing the position. You can develop this ability be being a keen observer of the opposition” (chapter 7).


On the inside cover pages of the early books in the series, colored drawings-sketches by Chauncy featured players in different poses of throwing, catching, kicking and punting. 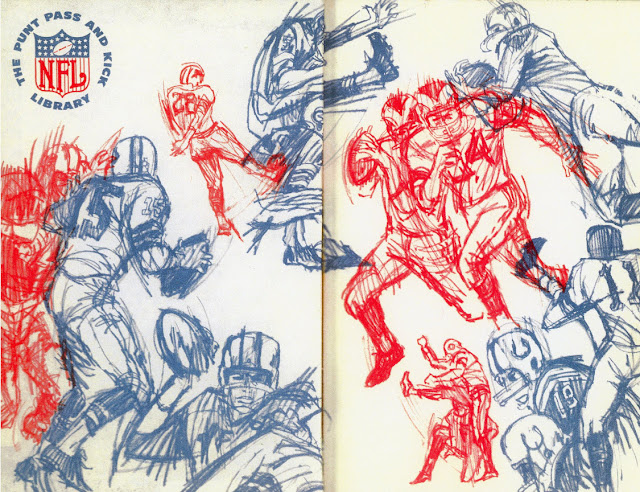 The books quickly became very popular with young readers. In the November 25, 1966 issue of Life magazine (maybe the most popular magazine in the country at the time) Random House placed an ad featuring the Punt, Pass and Kick Library on the same page as their other top sellers- that included Dr. Seuss books and Charlie and the Chocolate Factory. The ad listed the first six books in the series for a price of $1.95 each. This was just one month before Christmas. Perfect stocking stuffers.

In all, Random House published 24 total books in the PP&K series, starting with the first one in 1965 and going to the last book in 1976.


List of PP&K Library Books
The early books in the series, numbers 1-11 averaged roughly 180 pages in length and included tons of photographs, ranging from 40-50 images per book. While the later books, numbers 12-24, averaged closer to 150 pages with still tons of photos. Each book also contained a helpful index. 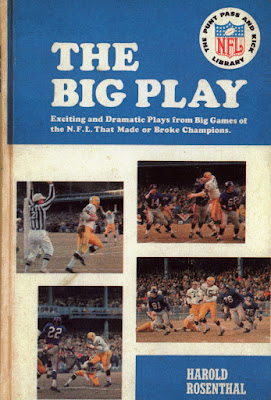 As for the authors Random House some of the best pro football beat writers or respected authors in the country to author the series, including: 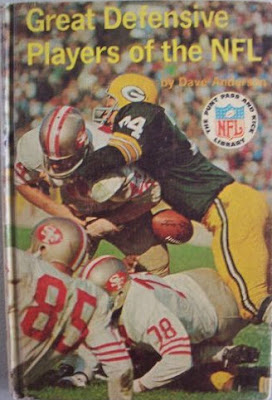 Throughout the series most of the biggest names in the NFL were written about in short biographical sketches. Each chapter on a player (or game) was about 10-12 pages in length. 63 future Hall of Fame players had chapters written about them throughout the series. Below is a list of all 63 who were featured in the PP&K Library Series, including book numbers:

Other books in the series focused on great teams, great plays, great games or moments, as well as books Little Men of the NFL (# 21), Great Upsets of the NFL (# 16), Super Bowl! ( recaps of the first five Super Bowl games) and two volumes of Strange But True Football Stories (# 8 and # 19) compiled by Hollander. The Making of a Rookie (# 9) features four chapters on four players and their experiences of being a first-year player in the NFL: Jim Hart, Gale Sayers, Bubba Smith and Paul Warfield. 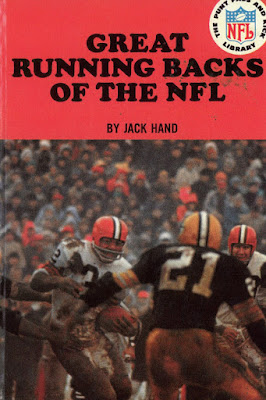 The Kirkus Reviews made a point to review most of the books in the PPK series. In reviewing the first two books in the series, How to Punt, Pass and Kick (# 1) and The Big Play (# 2), they wrote:


“Both Mr. Pickens and Mr. Rosenthal to get every physical motion and play down on paper. This is , but they’ve kept it very simple and made it graphic with illustrations made up of photographs and drawings. How to Punt, Pass and Kick, makes these efforts seem as maddeningly detailed as How to Produce 301 Stunning Bows on Gifts. There is so much to remember and so many difficulties ; nevertheless, this is how the boys tie up the game. The Big Play tries to unscramble the seeming chaos of twenty-two boys trying to get an inflated pig bladder over one of two white lines/ He uses the very personal approach – a boon to and a boost to individual imaginations.”

When reviewing Gamebreakers of the NFL (#18) the Kirkus Reviews wrote “The key play is courage and the game plan is win: goal-directed biography in which second effort overcomes defeat, determination upsets the odds. Jaw-jutting action photos.”

While I was growing up, my father, who owned a used bookstore for nearly 30 years in Columbus, Ohio, would come across these books all the time. He usually picked a copy up for one dollar and passed the book on to me. I spent many days of my youth plowing through the Punt, Pass and Kick Library. One of my favorite chapters of the series is in book number 11 Great Moments in Pro Football, when I read about the NFL’s First Championship Game in 1933. The Bears defeated the Giants 23-21 and earned a whopping $210.23 each for winning the title. Another favorite is in book 18 Gamebreakers of the NFL when I learned about the underrated and almost unknown 49ers cornerback Bruce Taylor, whose story is told in the same volume as future Hall of Famers Alan Page, George Blanda, Larry Little, Jan Stenerud and Willie Lanier. 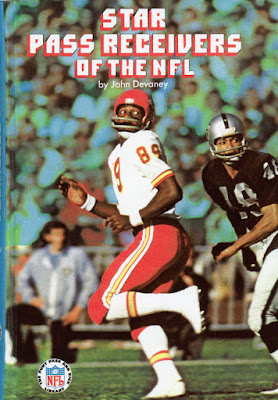 Eleven years after publishing the first book in the series Random House stopped producing books after book number 24- All-Stars of the NFL by Bob Rubin. It was the end of an era for young football readers.


Even after fifty years, the Punt, Pass and Kick Library still fun and educational reading for any football fan- regardless of age. 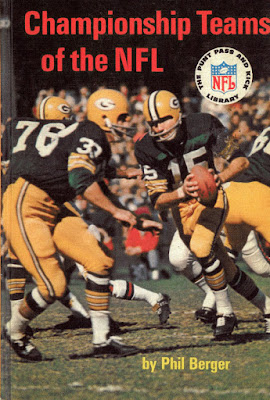