ARE SOME "SNUBS" ACTUALLY IN LINE WITH THE FACTS?
John Turney

Everyone is entitled to their opinion, but if what's sauce for the goose is sauce for the gander, then if an opinion is faulty others have every right counter those views. What would be nice is that folks were respectful when they do it. I've read a few fan forums where Rams fans were upset with the "snubs" of Orlando Pace and Warner. Pace's case reminded me of a squabble over another great left tackle a few years ago. 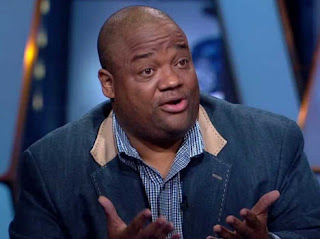 To what or whom do I refer?  In 2011 Fox columnist Jason Whitlock was "irate" when Willie was not a first-ballot Hall of Fame inductee. He told his readers he was going to be irate if didn't get in right away, and when was "snubbed" in the process Whitlock followed through with his promise. However, Whitlock seemed more than irate. Vicious is more like it.
Whitlock went on a tear, ripping into the Hall of Fame voters, criticizing the process and even going so far to accuse the voters of "deal-making" and hinting at racism. But Whitlock didn't stop there. In another column  he singled out players he deems less than worthy of the Hall of Fame.

Wrote Whitlock, "Chris Doleman? Child, please. Same for Dermontti Dawson, Cortez Kennedy, Richard Dent, Charles Haley, and Andre Reed. They’re very good players. Men who should be proud of their careers. But in the same Hall with Jim Brown, John Elway, Reggie White and Joe Montana? Come on, man. I love the Charles Haley debate. He was a specialist who played on third downs. Ray Guy was a specialist who played on fourth downs. was a more dominant specialist than Haley. Guy belongs in the Hall well ahead of Haley."

In his of the voters, he singled out Peter King and Rick Gosselin and even raised the specter of bigotry and racism. Whitlock wrote that while he didn't specifically called Peter King a bigot he also thought, "King is the leader of a good-ol’-boys network. There are black good-ol’- networks. The HOF board of selectors just happens to be a predominantly white one that sits in judgment of a diverse group of athletes" and added "Does it lead to black candidates being treated unfairly? I don’t know. Ask Michael Irvin. I can guarantee you this: If 41 of 44 voters were black, The Playmaker would’ve been a first-ballot Hall of . Irvin had to wait to get in because some people had a problem with his television work and off-the-field problems."

Does Whitlock really think that African-American voters wouldn't read Irvin's bio and see his lone First-team All-Pro selection? Or his 65 career touchdowns, which was on the very low end a Hall of Fame receiver? Low touchdown totals and few First-team All-Pro selections likely hurt the candidacies of Charlie Joiner and Art Monk, both of whom retired as the NFL leader in receptions. Joiner was known as the king of the 12-yard curl and Monk the premier 8-yard hitch after some time and deliberations the voters inducted both. Irvin was a major cog in the Dallas offense and was part of the famed "Triplets" with Troy Aikman and Emmitt Smith. But was he a sure-fire, no-holes-in-the-resume first-ballot lock? Reasonable people can disagree on that, but to suggest there was race involved seems highly inappropriate and unfair.

Some of the Hall of Fame voters shot back, as well they should have. Len Pasquarelli and Bob Gretz  two of them, as was Peter King. (Click on names to link to their responses)
As to the merits of Willie and his candidacy as a first-ballot Hall of Fame tackle, there are some interesting facts that Whitlock may or may not have been aware of:  First, had Roaf been elected right away no one would have been surprised, among the great left tackles since 1980 (about the time the better tackles in the NFL populated the left side as opposed to the right) was probably known as the best run-blocker. His build and aggressiveness were perfectly suited to move right defensive ends off of the line of scrimmage. If had a flaw, and this is compared to the great left tackles such as Anthony Munoz and Jonathan Ogden and Walter Jones- not the average NFL , it was in pass protection. He simply was not known to be as quite as as the rare pass protectors like a Munoz or Jones.

Lastly, for some reason, Roaf, every couple or few seasons, had a big breakdown game where he just seemed to lose it for the day. In 1997 Chuck "Rooster" Smith lit up for five sacks. The following year one of Whitlock's whipping boys, Chris Doleman, sacked Saints quarterbacks four times. Child please? (As an aside, Doleman had plenty of big games versus big-name left tackles. He had four sacks versus the Bengals in 1989 and in at least a couple the blocker assigned to Doleman was HOFer Anthony Munoz)

This past Hall of Fame voting session left Pace out as a first-ballot player. However, in his case, as it was with , he will likely get in next season and also as was the case for , Pace, and a couple of "dings" on his resume.

One of Pace's was, according to STATS, LLC., he averaged 5.8 false starts per sixteen games. For comparison, Roaf averaged 2.5 and Jones and Ogden were between 1.0 and 1.5, Additionally, Pace got injured late in his career and had a few so-so seasons before he hung them up. He also seemed to hold out a quote often and got off to slow starts a couple of those seasons. Some Rams fans were upset, comparing Pace's peak seasons with those of Jones and Ogden, but perhaps not seeing the entire career. his best, from 1999-2004, Pace was as good as the others, but Jones and Ogden seemed to have a longer "peak" and sustained their greatness for a few seasons more. And after all, if being a first-ballot to a hall of fame has extra cachet, as Bob Costas once told me, then it seems that those with the most impeccable credentials should receive that honor.
Posted by John Turney at 3:32 PM