Nick Webster
With the Super Bowl just over lots of people will want to talk about what transpired on that fateful Sunday night. I believe, however, the Saturday night prior was just as interesting’ll leave aside the NFL’s desire to monopolize media during this entire week and thus leaving award announcements till a month later than when they were historically handed out).
Saturday J.J. Watt, to much publicity, was the first unanimous choice as the Associated Press Defensive Player of the Year.  But what about other DPOY’s?  Who else was close?  , the closest to a unanimous DPOY ever was . . J.J. Watt, who garnered 98% of the vote (49 of 50) in his 2012 DPOY year.
Currently, Watt has now tallied the two most dominant DPOY vote victories ever.  After Watt’s 2014 and 2012, who’s the next most dominant selection?   Lawrence Taylor, with 88% of the vote in his MVP season, of the modern NFL the MVP has to be an offensive player.  But think about this: J.J. the NFL MVP, but was viewed more dominant defensively that the last defensive player to win overall NFL MVP, such a shame. 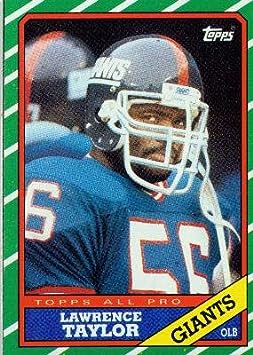 In baseball researchers contemplate MVP Career Shares – basically adding up the percentage of the votes a player received MVP across a number of seasons, so a player who never wins one, could rank , or players with one great season surrounded by few others might score poorly.   What if we look at Defensive Player of the Year in the same manner?  By that measure J.J. Watt already the most dominant defender since the award was re-introduced by the Associated Press in 1972.  Watt’s Share of DPOY is 2.03, followed closely by Bruce Smith with 1.93 and LT with 1.92.  In fact, a list of players with two Defensive Player of the Year Awards reads like the Mt. Rushmore of defensive greats with LT, Smith, Joe Greene, Mike Singletary and Ray Lewis the only members ( first ballot HOF’ers all of them -unless voters hold Atlanta against Lewis).   Finally, maybe most impressive, if you aggregate all players by team, over the nearly 45 year history of the award, only five teams have more DPOY shares than Watt, led by the Steelers with almost two-and-a-half times Watt at 5.26.
Time and consistency will tell, but while everyone enjoys arguing about Seattle and their potentially all-time defense, we’re looking a truly once-in-a-generation player in J.J. Watt.
Posted by Nick W at 9:58 AM