Our All-Rookie team for this season is chosen by Chris Willis of NFL Films and the author of:  A Nearly Perfect Season: The Inside Story of the 1984 San Francisco 49ers, Dutch Clark: The Life of an NFL Legend and the Birth of the Detroit Lions, The Man Who Built the National Football League: Joe F. Carr, Old Leather: An Oral History of Early Pro Football in Ohio, 1920-1935, and other volumes.

As the resident historian at NFL Films, Willis helps all aspects of research for the company and their producers. In 2002 he was nominated for an Emmy for his work on the HBO Documentary "The Game of Their Lives: Pro Football in the 1950's." He has also been a member of the Football Researchers Association (PFRA) since 1993. 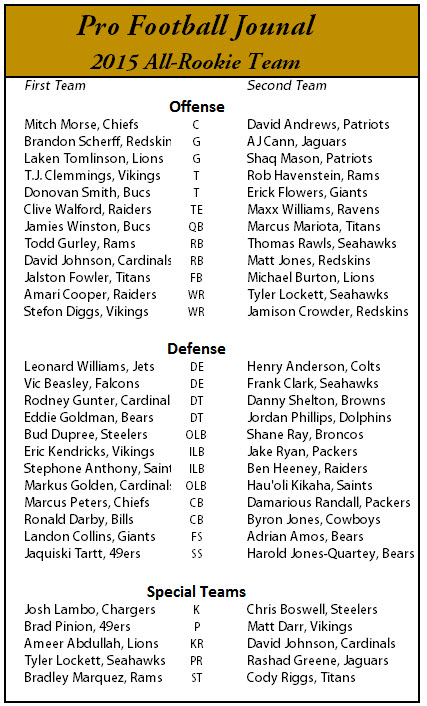