With the Rams moving back to Los Angeles we thought we'd do a career-year team for the Rams of the St. Louis era. This is not an All-Time team, it is a career-year team, the best individual seasons by players at each position. Here goes: 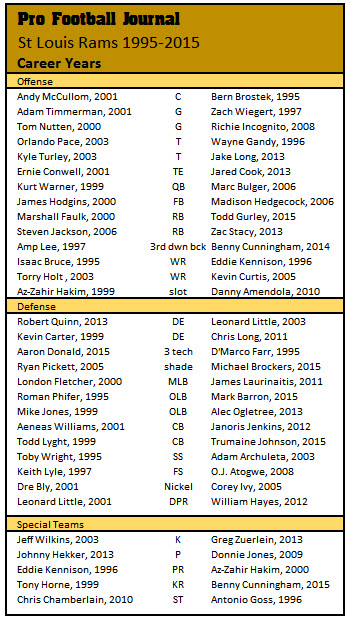 The line comes from the Super Bowl/Playoff era with McCullom, Timmerman, Nutten, Pace and Turley. Nutten an All-Pro as chosen by USA Today in 2000. Pace had many "honors" but 2003 was his best season, he allowed four sacks and wasn't called for a holding penalty. Turley was an All-Pro by the Dallas Morning News and was a top tackle as graded by Proscout, Inc. Timmerman was honored in several seasons but his season with the most honors was 2001.

The Second-teamers were not honored at all, other than Jake Long in 2013 as an honorable mention All-Pro. Gandy was a solid player and in 1996 he had the fewest sacks (5.5) and holding penalties  (1) of his Ram career. Joe Barksdale's 2013 season is an honorable mention.

Ernie Conwell was a Second-team All-Pro in 2001 and yes, we had to go with Jared Cook as the Second-team pick. His numbers were the best of any St. Louis-era Ram tight end (51-671-13.2-5). For the blocking backs we went with James Hodgins, 2000, and Madison Hedgecock, 2006. Hodgins blocked for Faulk's MVP season of 2000 and Hedgecock led Rams in special teams tackles and was the lead blocker for Steven Jackson's best season. 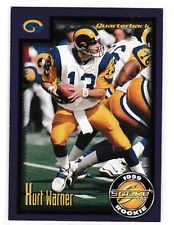 The third receiver (slot) position is very deep. We chose Az-Zahir Hakim, 1999 as the First-teamer and Danny Amendola, 2010, as the Second-team selection Honorable mentions are Ricky Proehl, 2001, Kevin Curtis, 2006, Todd Kinchen, 1995. We could have even chosen fourth receivers in Shaun McDonald, 2004, and/or Dane Looker in 2003. 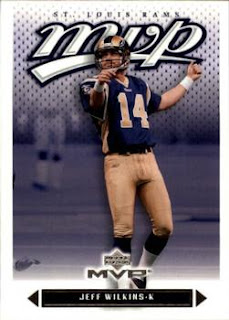 The punt returners were close but in the end, we went with Eddie Kennison, 1996 over Az-Zahir Hakim, 2000, for the First-team. The honorable mention is Tavon Austin, 2014

Tony Horne, 1999 is a clear #1 for kickoff return seasons and he's backed up by Benny Cunningham, 2015. Horne was All-Pro as a kick returner in 1999 and average 29.7-yard per return and two of his returns went for touchdowns.

Special teams players were plentiful. We settled on Chris Chamberlain, 2010 for the First-team and Antonio Goss, 1996, for the Second-team. Goss blocked two punts that season, the most since Nolan Cromwell blocked three in 1987. Goss also forced a key fumble on special teams.

Our First-team nickel back is Dre Bly, 2001 (six INTs, two returned for touchdowns). The Second-team pick is Corey Ivy, 2005 (69 tackles, 6.0 stuffs, 2.0 sacks, 5 passes defensed, 1 pick and 1 forced fumble). Bly was extremely effective for the Rams from 1999-01. Ivy was always making plays, a stuff, a sack, a key tackle. He didn't get much notice at the time but he was very good in his role. It seems though, the Ravens noticed as he filled that role for then for the next few years. 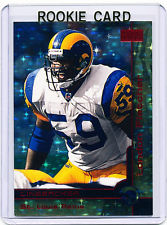 Mike Jones not only had "The Tackle" in Super Bowl XXXIV he also had a great 1999 season. He had 67 tackles on a top defense, but also had 11 passes defensed, 4 INTs, 2 returned for touchdowns, forced two fumbles, recovered two and returned one of those for a touchdown. He was a rare SAM who played every down and was an impact player on the 1999 Championship Rams.

Ogletree was perhaps in the odd position of SAM (strong-side linebacker) when his skills seemed to be suited for WILL (weak-side linebacker). However, Jo-Lonn Dunbar was at WILL so Ogletree had to play on the strong side. In 2013 he had 118 tackles with 11 of them stuffs, had 1.5 sacks, 9 passes defensed, picked off a pass that he returned for a touchdown and he also forced six fumbles.

Little had 33 tackles and 14.5 sacks in 2001 and forced a pair of fumbles. Hayes had 35 tackles 7 sacks and 7 stuffs usually playing as a left defensive tackle in sub defenses (nickel and dime). Jackson had 24 tackles, 5.5 sacks, 1 pick, and 2 forced fumbles and got a special mention from Sports Illustrated as a nickel rusher. James Hall had 44 tackles and 6.5 sacks playing inside and outside in sub defenses.

Pickett had a fine career, never any honors and the Rams made a mistake letting him go and trying to use Jimmy Kennedy as a nose tackle. In 2005 Pickett made 65 tackles and 2 sacks but the key was his 12 run stuffs the most of any Ram defensive tackle not named Aaron Donald. Michael Brockers didn't technically move to shade tackle until 2014 but in 2012-2013 he often was over the center when the Rams over-shifted the line when the tight end was on the offense's right. However, we went with 2015 for Brockers when he was the nose tackle and had 44 tackles, 6 stuffs and 3 sacks. But his 2012 and 2013 would certainly fit our criteria here. 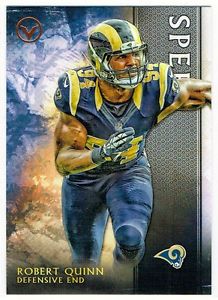 Robert Quinn was the Pro Football Writers of America Defensive Player of the Year in 2013 and his stats were as follows:  57 tackles, 10.5 stuffs, 19.0 sacks, 7 forced fumbles, and one defensive score. Kevin Carter was the Dallas Morning News Defensive Player of the Year as he led the NFL in sacks with 17 and totaled 34 tackles and four forced fumbles.

In 2003 Leonard Little was All-Pro even though he missed four games. He had 12.5 sacks, 47 tackles and six forced fumbles. Chris Long's 2011 season was his best even though he tweaked his ankle late in the year. He was voted the NFL Alumni Defensive Lineman of the Year and was a first alternate to the Pro Bowl and according to a couple organizations had a pile of hurries. Long had 37 tackles and 13 sacks on the year.
Posted by John Turney at 1:01 PM