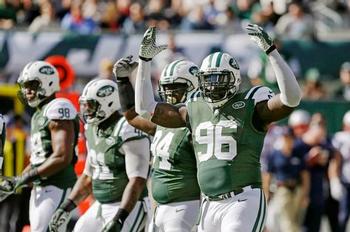 The third player in the mix is nose tackle Damon "Snacks" Harrison who started in between Wilkerson and Richardson from 2013 to 2015.

The question is while these were all highly talented players only Williams is still with the team and while this group was together, did they achieve what they should have given that talent?

Here are the individual statistics of the players in question: 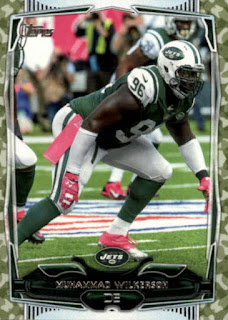 Wilkerson moved around on the line some, but generally, he was a defensive end on the left side of the defense, a five-technique. From 2013 to 2015 he averaged about 7 stuffs and 9.5 sacks and 5 PDs a season. 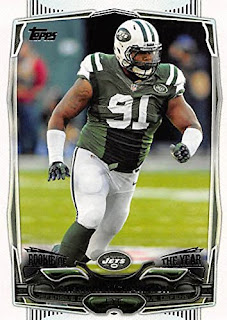 Richardson was a Pro Bowler in 2014 and also a PFJ Second-team All-Pro. In the Jets scheme Richardson was listed as a defensive tackle, mostly playing the three-technique, though like Wilkerson, he moved around some. That was especially true in 2015 when he played some outside linebacker in the Jet 3-4 defense and some defensive end and defensive tackle in four-man lines. 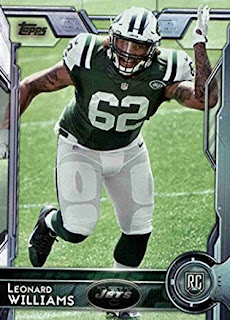 Williams was a Pro Bowl choice in 2016 and also a PFJ Second-team All-Pro that same season. Williams was often listed as a defensive end in 2015 and 2016 but he was usually a defensive tackle. he was highly graded in 2016 by pro scouting firms. 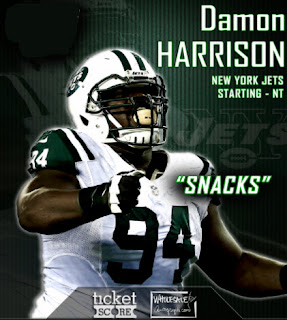 So, while it is 100% true that the entire burden of the defense does not fall on the front three, it's a fair question to ask, what happened?

In 2013 and 2014 the Jets rushing defense was horrid, they allowed over 4.4 yards per rush and around 2220 yards per season. With Harrison, Wilkerson, and Richardson as your front three, it seems that they should have done better. In 2015 when the defense played a lot more 4-man lines (and Richardson played some OLBer) they improved but they still were not stellar.

Harrison was the first to leave the Jets when signed with the New York Giants in 2016 as a UFA. At the beginning of the 2017 NFL season, the Seahawks acquired Richardson from the Jets in exchange for receiver Jermaine Kearse and a 2018 second-round pick and the teams also swapped seventh-round selections in the deal.

So, Leonard Williams is left alone with a group of players who were much lower draft picks and/or free agents and we will see if they can improve the productivity of the Jet defense. In 2017 the run defense was above (1702 yards for a 4.0 average) but only totaled 28 sacks. If they could match the 2011 run defense with the 2014 pass rush the Jets might have a shot at the playoffs. If not, they may be in for another 5-11 season. They sure didn't get it done with three supreme talents on the front line. It begs the question of if it is necessary to have three stars up front in your 3-4 defense to be successful in your defensive goals and to winning.

Perhaps the Los Angeles Rams should take note with Aaron Donald, Ndamukong Suh, and Michael Brockers as their front three in 2018.