LOOKING BACK
By John Turney
In an April 2, 2018, Q&A post on ESPN.com Alden Gonzalez, the ESPN Rams reporter wrote, With Suh joining a defensive line that already includes Donald and Brockers, the Rams might have the greatest trio of interior linemen in NFL history".

Well, it may be a little early for that crown, but it is within the realm of possibility. Since not all 3-4 defenses are the same, it can be hard to compare, but most have one thing in common—they usually go to a 4-man line in nickel or dime defenses.

Throughout the 1960s in the AFL teams like the Bills, Chiefs and Chargers among all other AFL teams used the 3-4 defense to some degree. In the early-to-mid 1970s the Patriots, Oilers, Broncos and others moved to a 3-4 defense fulltime, and with the exception of the Broncos most used 4-man lines in nickel (the Broncos began to do that in 1980).

So, it's always a bit of folly to rate just the starters on the defensive line of a 3-4 defense. The run stopping and pass rush also rely on the linebackers and the nickel rushers. However, since it is being suggested that Aaron Donald, Ndamukong Suh, and Michael Brockers "may" be the best trio in NFL history it is worth a look at some others who may be right up there—especially since Suh is signed for just one year and it's not known if Suh can be effective on the shade of the center.

Not only that our review of Suh's game film from the last two years, he has not performed well in our view. So perhaps a change in scenery will boost Suh's performance, but to us he's hit a wall which couple with a position change (to NT) it's not a good risk. 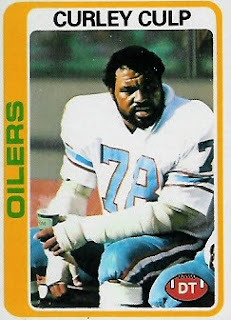 In 1975-76 the Houston Oilers had Tody Smith and left end, Curly Culp at nose tackle and Elvin Bethea at right end. Culp was a converted defensive tackle, one of the few that have ever made a successful transition, time will tell if Suh can do the same. In 1975 Culp was the NEA NFL Defensive Player of the Year and had 11½ sacks and six forced fumbles and Culp is a Hall of Famer, the only nose tackle inducted.

And in those two years, the Oilers allowed 3.61 yards per rush which was third in the NFL and additionally they totaled 95 sacks, which was 4th in the NFL for that span. It was a top defense punctuated by fine individual performances. It would be hard to find a more productive trio than the 1975-76 Oiler group of Bethea, Culp and Smith. 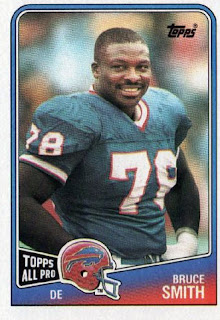 Another fine defensive line trio was the 1995-99 Buffalo Bills. This group was composed of right end Bruce Smith, nose tackle Ted Washington and left end Phil Hansen. They played together for five seasons which is fairly long given how often there might be an injury or trade or retirement. From 1995-99 the Bills defense allowed 3.58 yards a rush, third in the NFL for that span and totaled 223 sacks which was second in the NFL during the same span.

Hall of Famer Bruce Smith averaged 11 sacks and Hansen averaged 8 sacks per year from 1995-99. Ted Washington averaged three sacks, which is NOT a bad total for a 365-lb nose tackle that wasn't always on the field in passing situations. 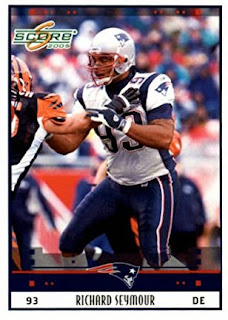 From 2004-08 the New England Patriots had a very good unit of defensive ends Richard Seymour, Ty Warren, and nose tackle Vince Wilfork. During those years the Patriots were not a pure 3-4 team in that they would switch to 4-3 schemes and others on any given Sunday to find matchups they liked. But when they were in the 30, these were their guys. Seymour and Wilfolk both were All-pros at different times and also were on Super Bowl winning teams. They certainly deserve mention. 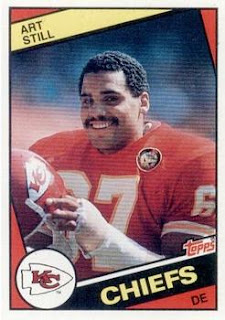 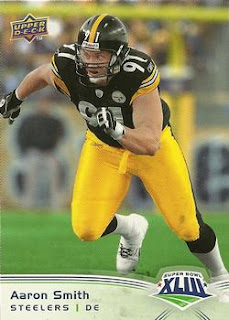 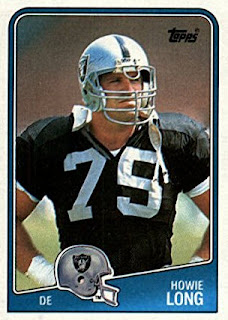 The mid-1980s Raiders had a couple different iterations of their 3-man line. They were among the best at using sub defenses, they had their 3-4 base defense and would bring in Greg Townsend to play left defensive end and Howie Long would move to right tackle, usually as a 3-technique. In 1985 Lyle Alzado, the right end since 1982 was injured and Sean Jones took over as the right end and Bill Pickel took over for Reggie Kinlaw as the nose tackle in 1985.

Aside from the Oilers in the mid-1970s, two other teams hard formidable trios. The 1977-78 Broncos who had Lyle Alzado, and Barney Chavous as ends and Rubin Carter on the nose. The Patriots had Tony McGee and Julius Adams at end and Ray Hamilton as their nose. McGee would sometimes start and other years he was the designated pass rusher, but even when he was the starting left end, his forte was rushing the passer. 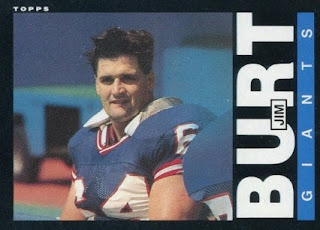 Leonard Marshall the end opposite McGriff. Marshall and Burt were both Pro Bowlers in 1986, but Burt was likely better in 1984 and 1985. In 1985 Marshall had 15.5 sacks playing a role similar to Howie Long—played end in base and inside in nickel. 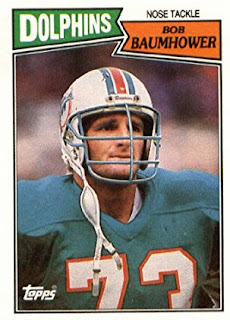 In 1983 Doug Betters was the AP Defensive Player of the Year and had 16 sacks, nose tackle Bob Baumhower (8 sacks) was an All-Pro and right end Kim Bokamper had 2 sacks, though he did have a fair amount of hurries. Bokamper was a converted linebacker and undersized and was a battler, but was not particularly effective as a DE averaging 3 sacks a year in his for seasons in that role. He probably would have been most effective as a defensive end in a nickel defense and not playing in base defense 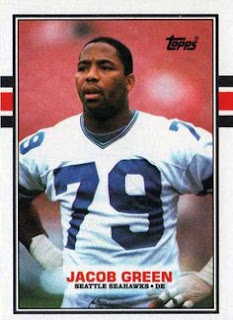 The top sack total by a trio goes to the 1984 Philadelphia Eagles. The group was composed of left end Dennis "Big Foot" Harrison, nose tackle Ken Clarke, right end Greg Brown. Harrison totaled 12 sacks, Clarke 10.5 sacks and Brown 16 sacks for a total of 38.5 sacks. In 1985 Reggie White took over for Harrison and had 13 sacks, Brown had 13 and Clarke had 7 for a total of 33 as a group. 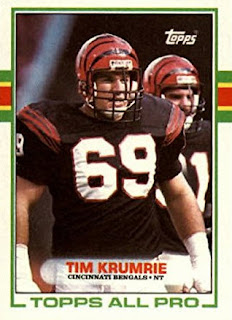 In 1984 and 1985 the Bengals trio was very good, totaling over 20 sacks as a group, each season. They were made up of ends Eddie Edwards, Ross Browner and nose tackle Tim Krumrie.

We have covered a lot of the notable 3-man lines, but this post is not an exhaustive one. There are certainly more groups worth mentioning, and even more years from the groups we have mentioned. However, we do feel confident that several of these groups, if not many, will be viewed historically as better than the group of Donald, Brockers, and Suh. However, that does not mean the Rams trio does not have potential, it certainly does, but they have to do quite a lot of work to earn their way onto this list.

In our view, they would have to really improve on the Rams run defense which was one of the NFL's worst in 2017 and they also would have to really contribute lots of sacks and hurries in the nickel situations. Donald has been likely the NFL's best interior lineman in that skill set that last few years, Suh was one of the best 3-4-5 years ago, but as dropped off recently, Brockers will likely not get many chances to rush the passer in the nickel unless Suh moved outside in nickel. With three tackles, one will have to see good things happen before we buy into the hype. It's a risky move, paying a nose tackle with little experience at the position and advancing age $14 million in our view. Time will tell.
Posted by John Turney at 6:16 PM