The Dons of Linebacker Interceptions—Don Shinnick and Donnie Edwards 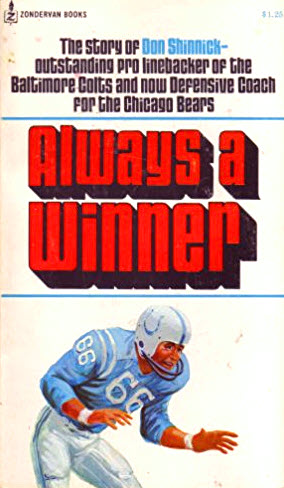 After that, most, but not all HOF linebackers were rushbackers like Lawrence Taylor who had 142 sacks and 9 interceptions or Kevin Greene who had 160 sacks and 5 interceptions and many others.

However, there have been exceptions, Junior Seau and Derrick Brooks possessed all-around skills and were rewarded with Hall of Fame Gold Jackets.

In the history of the NFL a linebacker has intercepted 5 passes or more in a season 94 times (courtesy of Pro Football Reference.com) and sixteen linebackers have recorded that feat twice in their career. But only two have achieved that 5-interception mark three times in their careers—Don Shinnick and Donnie Edwards.

Shinnick is also the modern NFL's all-time leader in interceptions among linebackers with 37. He was a starter from 1957-68 for the Colts as an outside linebacker (though he played in the middle in 1958, the year the Colts won their first World Championship). He even led the NFL in interceptions in 1959 with seven. Even so, he was never a Pro Bowler or garnered other post-season honors. 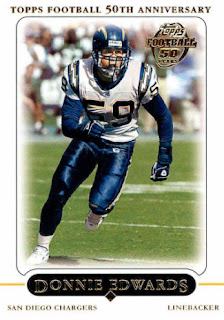 Edwards played as an inside linebacker, outside linebacker and middle linebacker in his career. He ended his career with 1490 tackles and 28 interceptions (four were pick-sixes), 23.5 sacks and 75.5 run/pass stuffs and recovered 11 fumbles (two were scoop and scores). He achieved his five-interception seasons in 1999, 2002 and 2004.

Despite those impressive all-around numbers, Edwards was never a First-team All-Pro, though he was Second-team All-Pro in 2002 and 2004 and a Pro Bowler in 2002. We can't help but think that if a player put up these kinds of numbers year-in and year-out in the 1960s or 1970s that he might have been a multi-year Pro Bowler. From our own "eye test" if you will, Edwards passed. He was always in the thick of things on the field and stepped where Junior Seau left off in the Chargers defense.

Here are his career numbers: 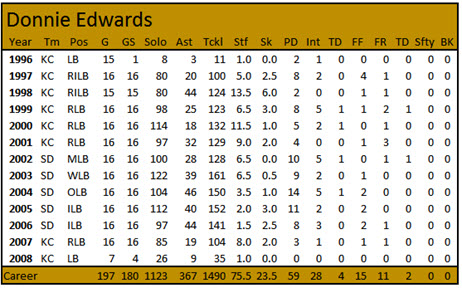 One interesting factor is the NFL/AFL interception rate for the 1960s was 5.7% and for the NFL in the 1970s it was 5.3%. When Edwards played, from 1996-08 the interception rate was 3.2%, meaning interceptions were rarer in the more recent years and it would be harder for players to amass them and thus the 28 picks Edwards had would translate to far more if adjusted for era—perhaps around 40.

We wouldn't advocate Hall of Fame bona fides for either of these players, but they do deserve some credit for pulling off the 5 picks in a season trifecta. For a linebacker doing it once is impressive, twice, great, three times, well it's a charm, we suppose. 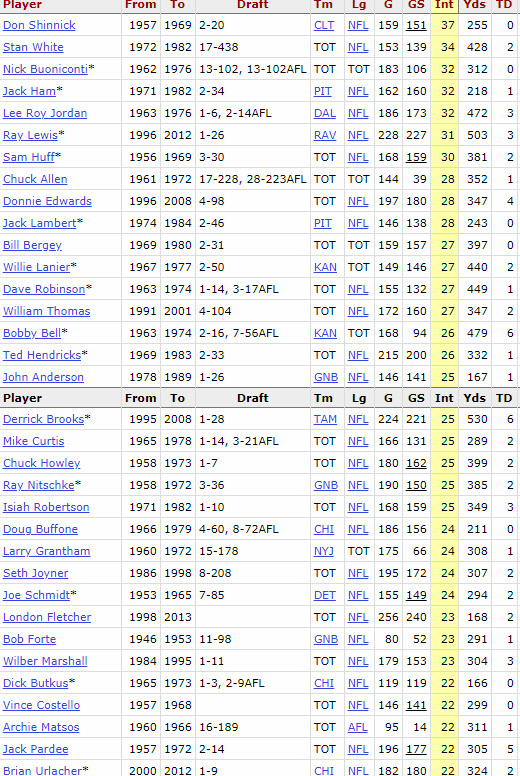