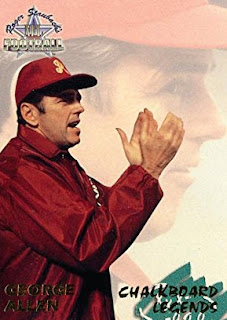 In 1971, and also for several following seasons, George Allen, the Washington Redskins coach brought in older players through trading away his draft picks. He declared "The Future is Now".

Rams General Manager Les Snead and Head Coach Sean McVay are nowhere near what Allen did, but in terms of today's NFL, it is interesting to look at some of the Rams additions and losses over this offseason.

There have been some rumors that the Rams are talking to Junior Galette (30) who may eventually be one of them and would join the 30-and-over crew. Also, there is still a possibility that the Rams may re-sign SAM backer Connor Barwin (32), a move that would allow Ebukam to move to the weak side.

Could they look at Navorro Bowman (also 30) to fill the other inside (MIKE) position? We have not seen rumors of that anywhere but on Rams fan chat boards. They could go with Ramik Wilson as the MIKE, a player who has started some at that position for the Chiefs the past couple of seasons. Or they could go with smallish special teams demon Cory Littleton at that spot.

We will keep a close eye if the Rams do bring in more 30-year olds and see if the Rams now are doing what the early 1970s Redskins attempted and bring "The Future is Now" to a reality.