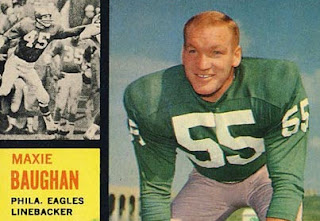 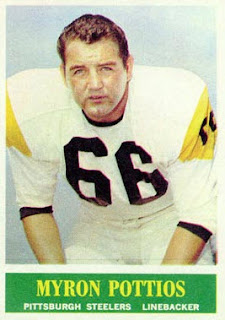 In 1966 George Allen was hired by the Los Angeles Rams to be the head coach of the club but also was the de facto General Manager, with the power to make trades and he made heavy use of that power.

He sent players all over the league but mostly he drafted draft picks for players with some seasoning and experience. He simply didn't like rookies—too many mistakes, he thought.

Today's NFL is almost the exact opposite but in the last couple of years there has been, from our observation, an uptick in trades. It is not nearly like it was in Allen's era but it makes for a more interesting off-season with some of these trades being made.

In the last few days, Rams GM Les Snead and Head Coach Sean McVay have unloaded a couple of players and brought in a couple players.

How will they turn out? In perhaps two years we will know. However, here are some of the notable trades the Rams made that involved giving draft picks for established players (trading AWAY players for picks is the subject of a future post) and how they turned out, beginning in 1964— 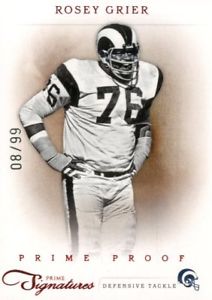 The Rams sent a 1964 4th round pick to the Giants for Rosey Grier, who played from 1963-66 for the Rams before he was felled by an Achilles tear which ended his career. Grier was the final piece of the Fearsome Foursome and was a leader and helped Deacon Jones perfect the head-slap. Had Grier lasted a bit longer it would be an "A" but for his four years of service and the fact that it was only a 4th rounder, give this trade a B+.

The Rams sent a 1965 2nd rounder to the Browns for tight end Billy Truax. Truax was acquired before the 1964 season and was a starter from 1966-70 for the Rams then was traded to Dallas with Wendell Tucker for Lance Rentzel who gave the Rams a few years of service. So, while not stellar, it was a positive trade. Give it a B-.

George Allen's era was complex and the deals often involved picks as well as players and an in-depth study would be needed to be entirely accurate. The can be 6th or 7th round "givebacks" that make the draft value chart closer to even or even conditional picks based on playing time. For this exercise, we'll just list the key players and the acquired and the primary picks:
1967
1. Choice to Vikings  (For Tommy Mason)—Mason was hurt a lot, Grade: D
2. Choice to Packers  (For Tom Moore)—Moore excellent in 1966, then gone. Grade: B-
3. Choice to Eagles (For Maxie Baughan)— 5-year starter, leader, Pro Bowler. Grade: A
6. Choice to Falcons (For Mike Dennis)—of no real consequence
8. Choice to Bears (For Earl Leggett)—of no real consequence

1971
2. Choice to Packers (For Travis Williams)—Didn't last long enough to be worth a 2nd Grade: C
4. Choice to Saints (For Karl Sweetan)
6. Choice to Eagles (For Alvin Haymond)
7. Choice to Bears (For Ritchie Petitbon)

1974
5. Choice to Vikings (For Charlie Stukes)—Two-year started filled a hole. Grade: B+

2003
7.  Choice to Patriots (for Grant Williams)—Three years service, one as starter. Grade: B

2007
5.   Choice to Chiefs  (for Dante Hall) Rams and Chiefs also swapped 3rd rounders. Grade: B
5.   Choice to  Lions (for James Hall) ams ended up with this pick back. Hall was solid player, a four year starter on a talent-poor Rams team. Grade:  B+

2008
7.  Choice to Vikings (for Adam Goldberg)—Six years of mediocre service, 2 and a half as a starter. Well worth a 7th round pick, but was not a very good player. Grade:  B

2011
St. Louis traded their 6th round pick (#180) to Ravens for Baltimore’s 7th-round selection (#228) and wide receiver Mark Clayton.
6    Choice to Ravens (for Mark Clayton)—Clayton got hurt early. Rams had to trade for him due to injury to starting receiver Donnie Avery. Grade:  B-
7 (From Baltimore) Jabara Williams, OLB

2012
5    Choice to Denver (for Brandon Lloyd)—Another necessary trade, was decent for one year with Rams. Grade: B-