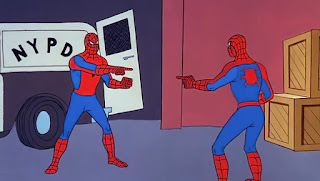 Matt LaFleur was the offensive coordinator for Sean McVay in 2017 (and both, along with Kyle Shanahan worked in Washington under Mike Shanahan) and LaFleur uses a lot of the same concepts as McVay with a quarterback with a great arm who can throw from, as they say, "various platforms", meaning sidearm and other angles. They like (usually) play-action, though McVay has gotten away from it as of late.
In other words the offense are more similar than different.
Defensively, Raheem Morris is running the Brandon Staley defense (with is origins in the Vic Fangio scheme), as is Joe Barry who was with Staley last year. Barry also has been a defensive coordinator before and like Morris has experience in various schemes but when you watch the All-22 you see that they are running the Staley scheme. 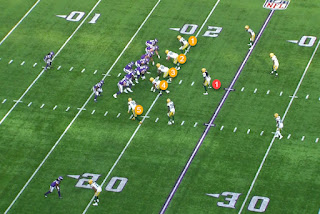 The fronts are the 5-1 (33 nickel) and sometimes the 6-1 (pro 4-3). They show a cover-2 shell and play a match zone which former TE and now Fox analyst Greg Olson described as a zone defense with man principles. They play 'off' and then read the routes and try and make great breaks on the ball and challenge the catch.
It is designed to limit deep, over-the-top plays and chunk plays in the seams or middle-of-the field. The pre-snap "shell" disguises the coverage and the teams play a lot of match quarters or and Cover-6 mixed in with some "robber" concepts were one of the safeties will rotate to the middle of the field or the "hole" to stop in-breaking routes.
Neither are aggressive man-type coverage teams but they are aggressive when the pattern or route reveals itself and then the defenders breaks to the ball/receiver to break up the play and if it is caught to tackle well. The weakness is if a quarterback is hot, as Cousins was Sunday, this kind of defense can give up long drives, especially if the pass rush is lacking.
When the opponents (like the 49ers vs the Rams last weekend and the Vikings this weekend vs the Pack) both teams will play their base 3-4 or even a 6-1, which is really the old  "pro 4-3" but it's a 7-man box and sometimes a safety may walk up.
This will be an interesting matchup with both teams knowing each other's blueprints very well and we get to see how each team will counter to attack the weaknesses.
It has the makings of a terrific matchup.
Posted by John Turney at 8:47 AM