Each week look forward to writing this column; and some weeks have so much to share that my dilemma(which is solvable), where to start? That said, let's begin with ESPN and the NFL, and when you go online there are a number of writers, but sometimes there is no name on the byline?
A column last week at ESPN online predicted that Jared Goff would throw for 300 yards against the Steelers defense. Wow! Outlandish? Foolish? or just plain stupid? My choice would be "D" on the multiple-choice exam, all of the above.
At halftime Goff was 4 of 7 for 11 yards, so he JUST need 289 yards passing in the second half. Second half he went 10 of 18 for 103 yards, and his longest completion was for 30 yards, thus Goff just missed gaining 300 yards by 186. Yes, folks wanted to begin with comedy. Will not detail the two failed attempts by ESPN to hire me.
That is a long story, and most of you would be bored with the details. Last night was very motivated to watch MNF, since it is one of my favorite rivalries. At one point in the rivalry, the 49ers led 68-67-3, but have now won five straight. Are the San Francisco 49ers a playoff team in 2021? Would relish hearing from all of you with your thoughts on their chances.
Predictions are not my cup of tea anymore, since I don't gamble, but always relish digging deep on analysis, maybe ESPN should try some of that? Every week there are games that enlighten us on who really is playing strong football, and won't miss a play of Dallas vs. Kansas City. Add to that the most bitter rivalry in the NFL, and though some of you might not agree—ask a Vikings or Packer fan who they would most like to beat. Are you ready for some humor? Hope so, 'cause this next part is a beauty. 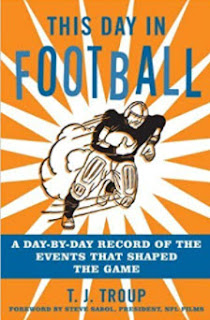