The Chargers Names on Back Of Jerseys—Not One Style 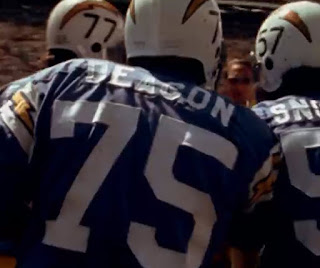 In his first season with the San Diego Chargers (1972), early in the season, Deacon Jones wore his first name (nickname actually) on his nameplate. It was against the NFL uniform rules and the Chargers were told to change it. It was cool-looking for a while. 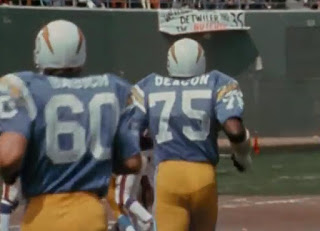 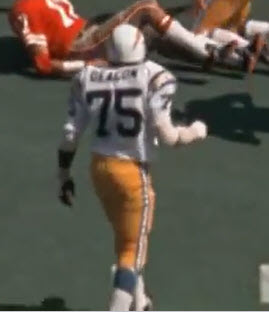 When they changed it, they gave him "D. Jones" while his teammate Ray Jones had "Jones, R."— 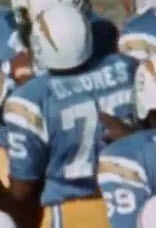 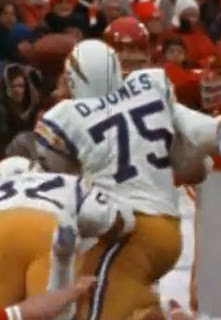 Here is a 1972 anomaly, Dave Costa going out on the field with no name on back. With Bob Babich with his normal last name on back and just ahead of him is Deacon Jones with his first name on back, this game has to be the only one with that trio of NOBs ever—assuming it was the only game Costa played sans a nameplate. 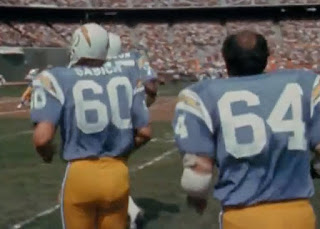 In the preseason of 1973, Deacon Jones became "Jones, D" sans the period. 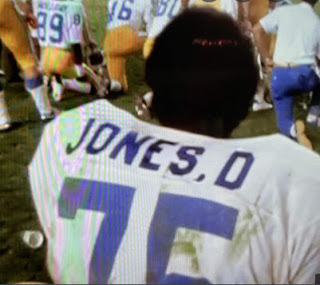 But in the regular season however, it returned to "D. Jones" 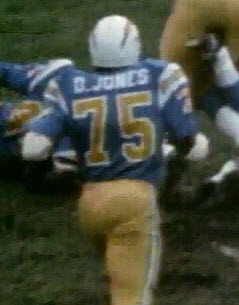 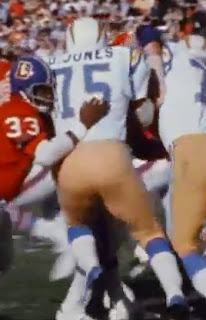 And the other Jones, Clint, was "C. Jones" 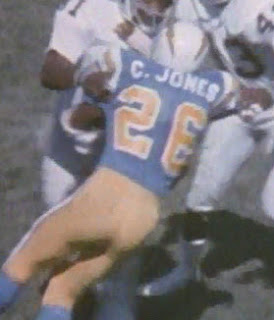 As Paul Lukas from Uniwatch.com has noted the Chargers went to the first initial in back for a time in the mid-1970s

However, in 1977 with Joe Washington joining the club they stacked the names on back for him and Rush Washington. We can only guess it was because of the length of the name "Washington" but we don't know that for certain. Joe Washington's NOB is a tight fit, but Big Rue's broad shoulders give plenty of room. 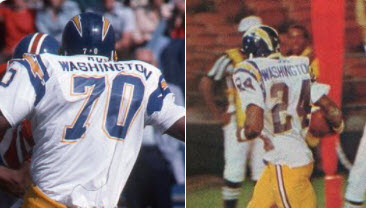 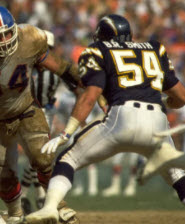 All a bit interesting to the few into uniform oddities. And we are.
Posted by John Turney at 7:42 AM