LOOKING AHEAD
By John Turney
The Senior Committee of the Pro Football Hall of fame met this morning and narrowed a list of twenty some names down to two. The two names are Jerry Kramer and Robert Brazile.

Kramer has been a finalist many times before, most recently 1997 when he didn't get the required 80% of the votes of the full committee to gain induction. No one really knows why.

He was voted as the guard on the NFL's Official 50th Anniversary Team, was voted the 1960s All-Decade Team, was a Five-time First-team All-Pro and a Second-team All-Pro two additional times and was a starter on five NFL Championship teams and was a key player on the Packer's key play: the Lombardi Sweep.

He should easily get the 80% of the votes come January.
Brazile is also a fine choice. He was a weak-side linebacker in a 3-4 defense who had good coverage skills and was a good blitzer (48 career sacks). He totaled 920 career tackles and 51.5 of them were stuffs (a tackle behind the line of scrimmage). 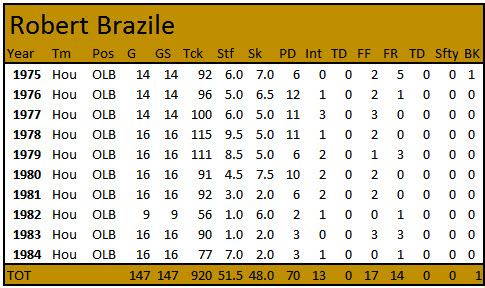 He was a Five-time First-team All-Pro and three of those were consensus selections (making the majority of the recognized All-Pro teams) and was voted to seven Pro Bowls. 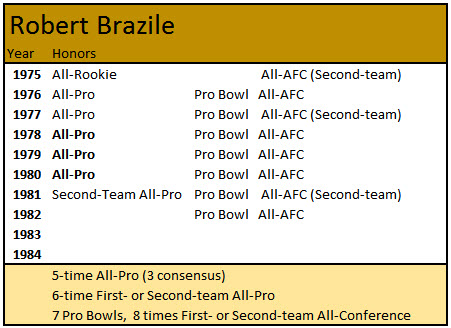 Brazile, along with Kramer, should easily garner the 80% of the votes of the HOF selection committee when they meet in February. Congratulations to both.