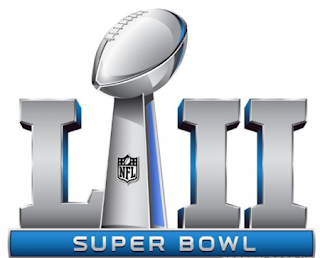 Offenses must have seven players on the line of scrimmage at the snap, otherwise, it is a penalty.

From the NFL rulebook:


Position of Players at Snap

However, in Super Bowl LII, on the play when Nick Foles caught a touchdown pass the Eagles appeared to have just six players on the line of scrimmage. 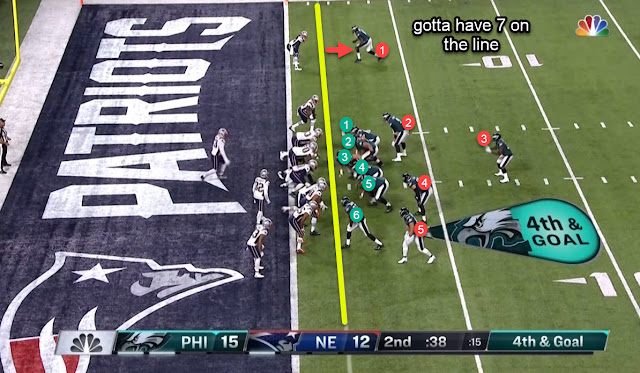 The question is this:  Is the player at the top of this screenshot on or off the line? He is a yard off the line but if that is the rule, then it leaves only six Eagles on the line.

However, why wasn't it called? Did the all-star team of referees miss it? Did they see it and thing the player at the top was actually ON the line of scrimmage?

I am sure post-game this question will come up and we will learn some answers.
Posted by John Turney at 6:13 PM