Bears Give Up Most Draft Capital Ever for a Defensive Player? 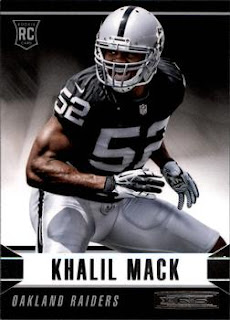 The Bears also rewarded Mack by making him the highest-paid defensive in NFL history with a six-year, $141 million deal with $90 million guaranteed (an average of $23.5 million) which eclipsed what the Rams paid Aaron Donald the day before.

So, the net result is just about two 1st round picks. The other picks, in essence, amount to making the deal more palatable for the Bears. We won't know the final draft chart count until the draft orders are known, but we see it as simply two 1sts.

Rich Cimini Tweeted that these are the players traded for two 1st rounders:

We have to give Shefty the benefit of the doubt, (he may be speaking only of the salary cap era). We do that because there are some examples of when teams gave up more for a defensive player, although not all were direct trades. 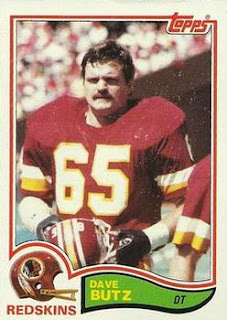 In 1975 the Redskins gave two 1st rounders and a 2nd rounder as compensation for Dave Butz who signed with the Redskins (leaving the Cardinals) as a free agent in the mini-free agent era of the 1970s. 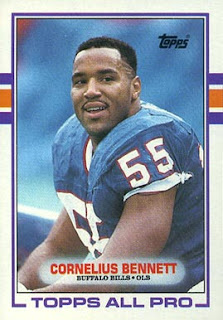 In 1987 the Colts traded away the rights to holdout rookie Cornelius Bennett (a #1 draft choice) to Buffalo for Greg Bell and the Bills' first-round draft picks in 1988 and 1989 and their 2nd pick in 1989.

The Colts then sent all those picks and Bell together with their own 1st round draft pick in 1988, their 2nd rounders in 1988 and 1989  Owen Gill, to the Los Angeles Rams, who sent  Eric Dickerson off to Indianapolis.

Likely because of its complexity this trade is never remembered as the Bills giving up two #1s and a #2 and Greg Bell for Cornelius Bennett. It's always remembered more as three #1s and three #2s plus a fullback and a running back for Dickerson. 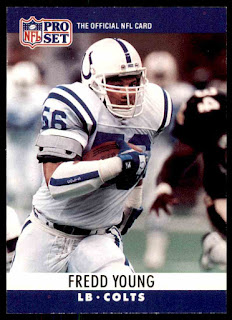 In 1988 the Colts shipped a pair of 1st rounders to Seattle for Pro Bowl linebacker Fredd Young, as Cimini correctly mentioned. 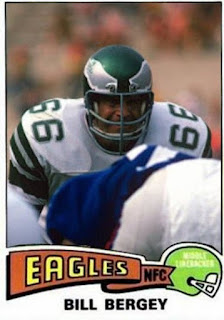 Going way back in 1974 the Eagles shipped a pair of 1st rounders and a 2nd rounder for Bill Bergey and that worked out well for both teams. 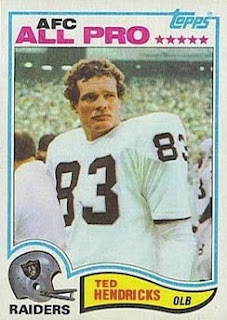 And in the same category as Dave Butz, the Raiders, in 1975, signed Ted Hendricks and the compensation sent to the Packers was two 1st rounders. So, again, not technically a trade but for all intents and purposes it was a trade—Al Davis valued Hendricks as being worth two #1 picks. 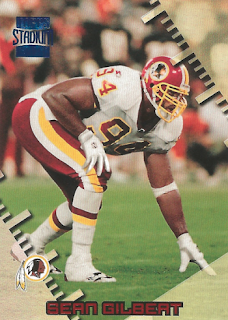 Another trade often overlooked is the two #1s sent from the Panthers to the Redskins for compensation for Sean Gilbert.  Gilbert was given the "franchise" tag by the Redskins but didn't want to sign for that designated amount so essentially a deal was worked out, the Panthers signed him and the compensation was the two high draft picks. Again, not a trade, but a deal for a player deemed to have two 1st round pick value. 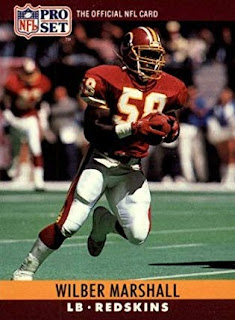 In 1988 the Redskins signed restricted free agent Wilber Marshall from Bears to a 5-year, $6 million contract and the Bears received two #1s as compensation. Again, not really a trade, but when there is compensation it's the same as a trade it's just the player gets to decide where to go and the compensation is set by the collective bargaining agreement between the NFL and the NFLPA but there is no doubt that Marshall was valued as being worth two 1st round selections.

So, the Mack trade is definitely rare but under different iterations of the CBA and loose definition of free-agent signings that were de facto trades, it wasn't unprecedented.

But it is interesting in that the Raiders moved to a purer 4-3 defense this year and the Bears run something more similar to what the Raiders have been using in the last few years. Would it make sense to play Mack as a linebacker in a 4-3? Or as a defensive end in the Tampa/Vikings style 4-3? With the Bears, he fits perfectly as a linebacker in the 30 and as a nickel end in the 40 sub defenses.

Sure, Mack could fit in the 4-3 great players can get it done, but would he still be great? Sure Lawrence Taylor or Andre Tippett or Von Miller could play either a 40 linebacker or 40 end, but does it suit their skills? Wouldn't it be better to use them and their "joker" skills (ironically a Jon Gruden term) in a defensive like the Bears? (Also, yes Miller was a 40 linebacker in base and a 40 DE in nickel with the Broncos before they switched to a 3-4, Miller one of the few ever to do that).

Anyway, we will see if perhaps scheme fit was part of the equations for the Raiders, along with money and the compensation.
Posted by John Turney at 5:04 PM