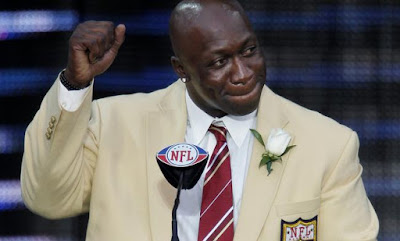 In pro football, teams should choose free agents first, before those who are drafted! Free agents are veteran, seasoned players who have seen sometimes years of pro. background versus a fresh out of college senior - who is young and still needs 2-3 years under his belt before playing the pros!

Baseball uses the minor leagues to work up their players for the pros. Football can do the same, using the CFL, International Leagues, the IFL, and the CIF leagues to groom their soon-to-be star players.

Give Kirk Cousins a few years, and he will be a pro. He "has all the right stuff". He's just too young. That's all. He needs some time to develop and grow into the position of star quarterback - like Kurt Warner, Warren Moon, and Case Keenum did. But, until then - why risk the injury and loss(es) to a young player. It isn't fair to that player. He deserves a chance to grow naturally into his position without the pressure of the NFL limelight on him.

Plus the risk of injury is great when they are young. Plus, how many #1 draft picks have we seen that just haven't "cut it" in the pros? And Heisman Trophy winners. Obviously, it is definitely not that they aren't good enough, because these players clearly are. They just need a few more years in the semi-pros to work out "the kinks" in their programs, and to naturally mature and grow into the position.

Drew Powell, from the Iowa Barnstormers, is an excellent example. Compared to Kurt Warner, Drew was the MVP in the IFL (Indoor Football League) in 2018. His team won the championship for the first time in 19 years. (Kurt Warner did not bring home a title for Iowa during his time with the same team.) I'm much more confident in Drew's ability to do well in the NFL than I am with half the quarterbacks currently in the NFL. They are all pros, to be sure. The top 1 of the 1%. But, they just haven't done their time "in the Leagues" like Drew has.

Another example is the phenomenal Cochise Jones. Cochise is a running back with the Mersin Mustangs—an International League team from Europe. Cochise has broken 2 franchise records and was voted MVP, as a running back, of his League. Now that is what I call a Pro. Football Player. This guy knows what he is doing, and he has "been around the block" already. Plus, he is used to the attention, adoration, and paparazzi already. No "learning curve" required!

The NFL was not meant to be a training ground for college recruits and rookies. It is supposed to be "the pros". We pay to see pro-senior players. And, that is precisely what I want to see! Not kids fresh out of college, but pro-senior players who have "been there, done that" already. That is what I'm paying the big bucks for! The Pros - P-R-O-S!

I already know about Case Keenum, Adam Thielen, and the famous Kurt Warner story. But there are many other senior, gifted players who played undrafted in the Leagues. I did some research on this and the list is long. Here is a sample of it:

Wow! That is quite an impressive list of names. Equally impressive is how many great quarterbacks have come from that rank. You think it can't be done? Well, it is already happening all the time. And - they are proven stars that win games and Super Bowls! That is what is incredible and amazing about it all.

For the safety of the younger players, I would prefer to see veteran, seasoned players in the NFL! Players that have played the semi-pros or other pros for at least a year if not more. (3 would be my preference.) In conclusion, it would be nice if the NFL would hire Free Agents First!