Dominique Easley's Unprecedented Move From Defensive Tackle to Outside Linebacker 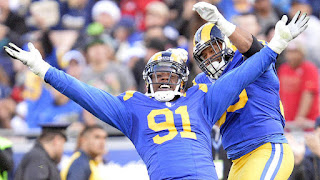 As far as we can find it has never happened—an NFL defensive tackle moving to outside linebacker. Now there is a caveat, in 2014 the Patriots Dominique Easley was listed as a defensive end. However, it is a question as to much time he spent on the edge as a rusher.

Here are some stills from 2014 and we can see he was, at times, a de facto outside linebacker/edge rusher—On the first couple of stills he's in a two-point stance on the inside shoulder of the tight end (7-technique): 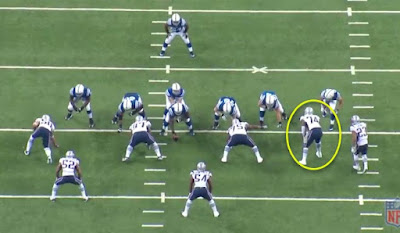 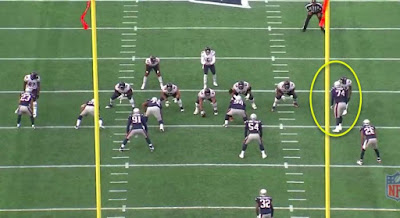 Here he's at 5-technique on the left side:

Easley, here, is head up on the center:

Easley here is inside eye of the guard (2i) technique: 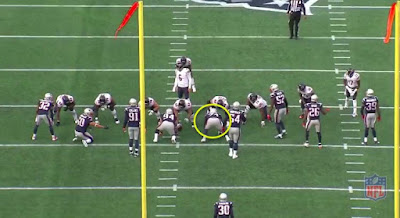 Here he is at 3-technique, on the outside shoulder of the guard:

He even played several techniques at once: 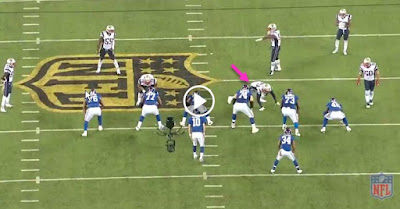 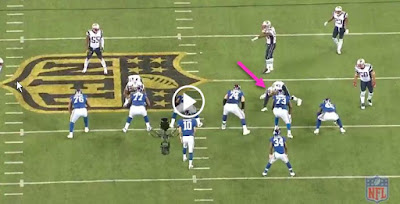 In 2015 Easley may have played some outside but in the film, we watched he was inside most (if not all) of the time—usually at three-technique.

With the Rams in 2016 he was used as a defensive tackle in the sub defenses and to spell Aaron Donald at three-technique and he performed well in those roles. 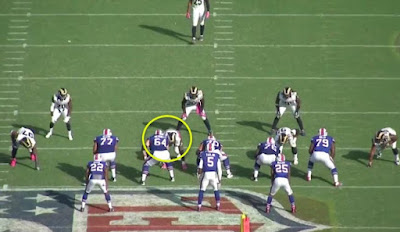 This preseason Easley played some on the edge in nickel but the Rams played so few starters for so few plays it is impossible to get a gage on what they were going to do in sub defenses when the regular season starts.

Aaron Kampman played some defensive tackle for the Packers, often in sub defenses and in 2009 he was moved to outside linebacker in the base and played his usual defensive end in nickel/dime. So there is that which really doesn't fit the criteria.

In all fairness, we have not done exhaustive research on this topic, we are going by memory and as little as we can summon from our minds we are willing to be corrected, but Easley, even though he did play a little as a linebacker and defensive end as a rookie, is the first to make the jump from inside rusher to base outside linebacker. When he does play he will likely play end/edge in nickel and dime with Donald and Suh inside. But we will have to wait and see since the Rams didn't tip much in preseason.
Posted by John Turney at 3:18 PM