We've criticized Nike's NFL uniform program before but today we'll pick out the top ten specific fails of their designs—the ones that were really egregious and had to be changed or will be changed when the NFL rules allow it. 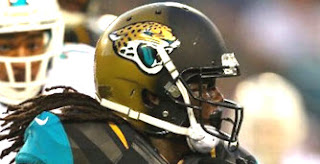 Just a fail. The who kit was a fail, changed as fast as the rules allowed. 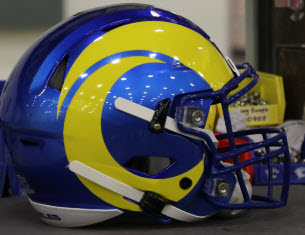 Another fail, but some hardcore fans are onboard. Polls show few like it, come think it's a "C" some think it's a crescent moon. Rams literature says it's a wave. It's not a ram horn. It IS a fail.

Browns whole uniform set is back to the traditional look. A total Nike fail. 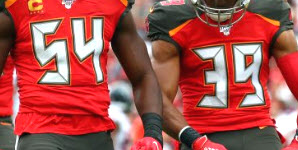 Like the Browns and Jaguars, the Bucs whole uniform concept reverted to traditional look (pre-Nike). A total fail. 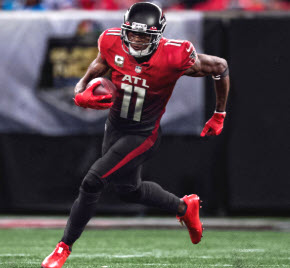 A brand new look and already mocked by the uniform community. "The 1990s called and they want their gradient look back" and so on. These numbers already changed to a more traditional block look. A fail.

8. Jet 'New York' Wordmark on Chest, Rather than team name

Not offensive, but odd. Most teams have the nickname (Jets, for example) on the chest. Not the city name. And they play in New Jersey. 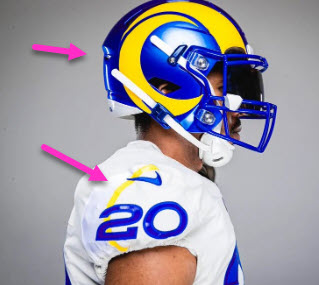 Not to mention the light grey uniforms, why not a ram horn in the shoulder, like the blue jersey? What is with the sunburst? Add in the odd placement of the wordmark. Lots wrong with Rams new kits. Lots of changes, we suspect, in five years. 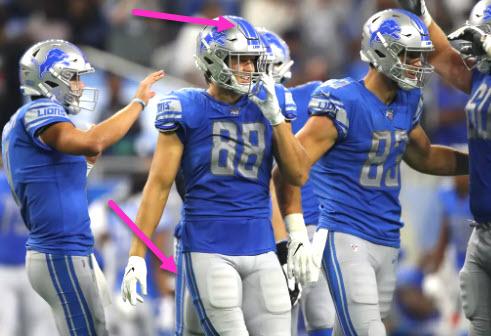 Northwestern stripes, a tradition on Lions uniforms (a thick stripe with two narrow stripes on either side) look great. But not on the helmet and pants. They are traditionally alternated. They belong on the jerseys and socks. Not on the helmet and pants. Contrast, not repetition, is the hallmark of a great uniform. Something Nike designers may not have been taught in design school.