Okay, to be fair, here are some things Nike got right since 2013 when they became the exclusive uniform maker of the NFL (and we will include the uniforms they made prior to that) 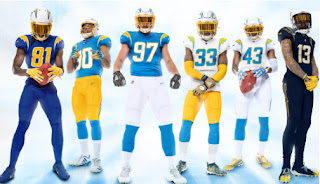 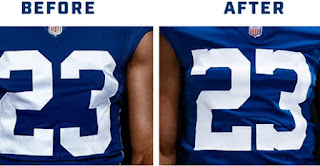 Changes from block to block with a serif. Not sure it was Nike's idea, but they are the maker of the uniform and it looks good. So, we give them credit. 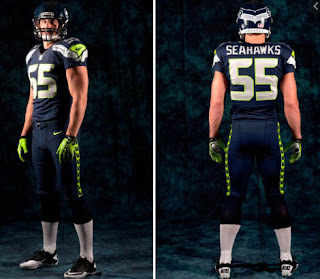 Not crazy about the grey or lime green color rush but overall, good navy color with "action green" accents. 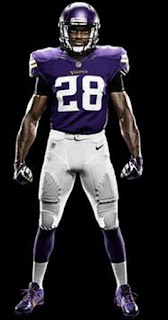 The "hull" numbers are good, the matte color was wrong at first, but has been corrected. A good look with updates. Could use a bit more gold for accents, though. The Rams "royal" is good. The number set is not good, the gradient is from the 1990s as is the rounded shape. The "sol" or yellow may be too fluorescent but will withhold judgment until we see it under natural light. But from what we can tell, the blue is good. 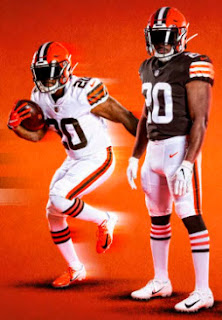 Would rank higher, but like Chargers, are not a Nike design, but are the classic design. 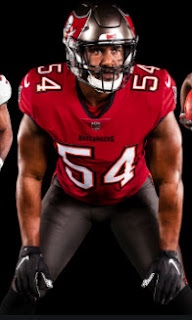 Same as Browns. A good look. Always a fan of the Pewter Power.

Like the Rams, Nike got the color right for the blue jerseys

That's about it. Cannot come up with ten. Eight good features. Well done.
Posted by John Turney at 7:22 AM