Packers Steal One Against Rams at Lambeau Field 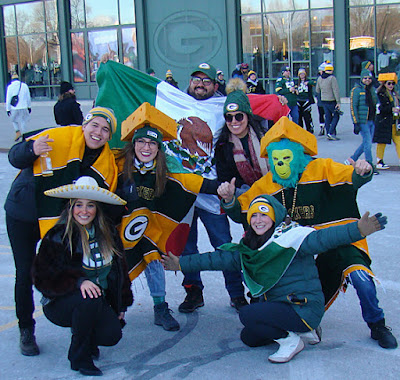 Rasul Douglas is a leaper.

The Packers cornerback returned an interception for a touchdown in Green Bay’s 36-28 win over the Rams at Lambeau Field. The six-pointer gave the Packers their largest lead and provided some much-needed cushion as Los Angeles outgained and outscored them in the final 15 minutes.

A virtual unknown two months ago, Douglas has been making noise. Signed off the Arizona Cardinal’s practice squad in early October, the 6-foot-2 defender is the team’s second leading tackler (36) over the last seven games behind only linebacker De’Vondre Campbell (50).

Sunday, Douglas defensed a game-high four passes. Despite not having played in the Packers’ first five games, he is tied for second place on the team with Darnell Savage (8) for the most passes defensed trailing only Eric Stokes (11).

Douglas, of course, came up with a game-saving interception in Arizona a month ago. Against the Rams, he added a pick-6 to his resume.

Faced with third-and-seven from his own 28 late in the third quarter, Rams quarterback Matthew Stafford threw short for Cooper Kupp. Douglas jumped in front of the wide receiver, secured the ball and hot-footed it 33 yards to pay dirt.

For Douglas, it was the first TD of his professional career. He celebrated with a Lambeau Leap.

For the Packers, who went up 36-17, the return all but spelled victory.

“Rasul Douglas has stabilized the ship defensively for the Green Bay Packers this year,” Fox Sports game analyst Troy Aikman said. “You mentioned it – Jaire Alexander not able to play, Kevin King missed time – and yet he (Douglas) comes in and he’s been able to make plays and he makes a big one here. There’s still a lot of time, but that one might have just sealed this game.”

Sealed, indeed! Anyone who knows football history knows that.

Pick-6s and the Packers have a 100-year relationship. On Nov. 6, 1921, Billy DuMoe and Nate Abrams crossed the goal line as aerial thieves in Green Bay’s 43-6 thumping of the Evansville Crimson Giants.

In the years since, the results have been pretty much the same. Come up with a pick-6 and come away a winner.

Since 2000, the Packers have returned 43 interceptions for touchdowns. That’s the third highest total behind the Bears (50) and Buccaneers (49) according to Pro Football Reference.

Green Bay has picked on only two other quarterbacks to that extent. It returned five Joey Harrington passes for touchdowns and did the same to Jon Kitna on four occasions.

For as well as he played, Douglas let a possible second pick-6 slip through his hands on the Rams’ next drive. Stafford overthrew Odell Beckham Jr. near midfield, and Douglas – despite having both hands at the ready – couldn’t snag the errant throw.

Had Douglas pulled it in and navigated the roughly 49 yards needed for six points, Green Bay would have been golden. The team is unbeaten (14-0) in games in which it lugs back two pick-6s.