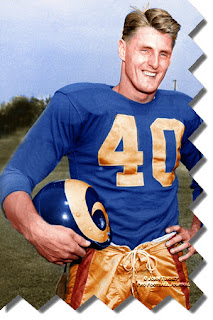 In 1951 Elroy Hirsch became the only player before (or since) to lead the NFL in receptions, receiving yards, yards per catch and receiving touchdowns and the longest reception thus giving him not a triple crown, but a quintuple crown.

There have been a couple of receivers who led the league in four categories but lack that elusive fifth category. Here are Hirsch's career stats courtesy of Pro Football Reference.com: 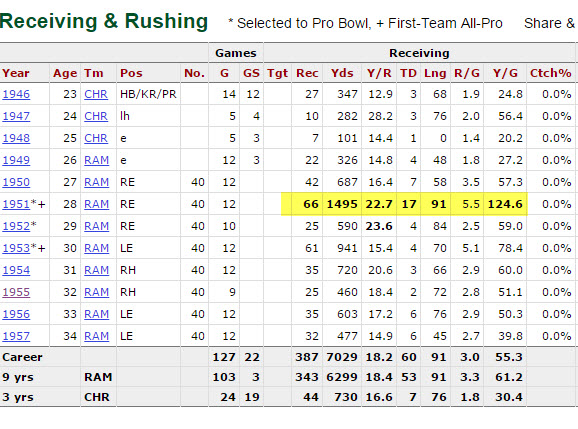 And here is that 1951 season's game-by-game statistics, again, courtesy of Pro Football Reference.com: 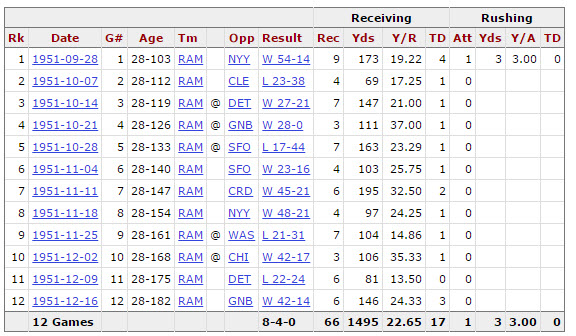 Also, throw in that Hirsch played some safety late in games to prevent deep passes and also was part of the NFL Championship season. It will take some doing for any receiver to ever equal Hirsch's 1951 season.