Roger Brown and His Short Sleeves

Short sleeves on NFL jerseys are the rule in football jerseys. It was a trend that began in the late-1960s and has continued until today where sleeves are so short that often the traditional stripes are near the shoulders and the TV numbers are on top of shoulders. Here is just one example: 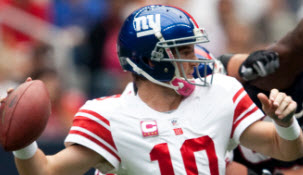 Roman Gabriel could be seen, usually in that shorter sleeve, but he also would don 1/2 length or 3/4 length in his time with the Rams. 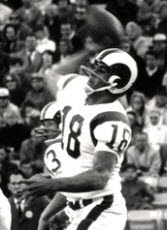 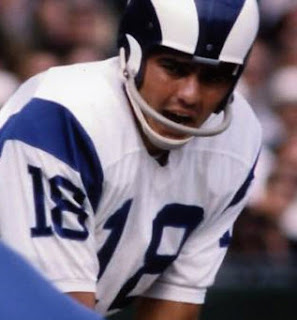 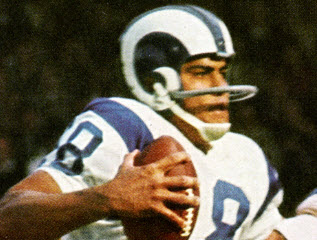 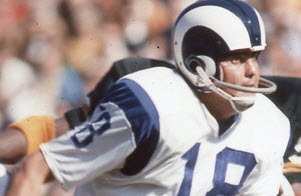 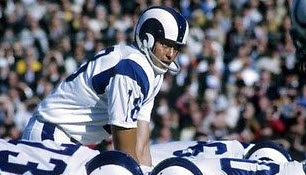 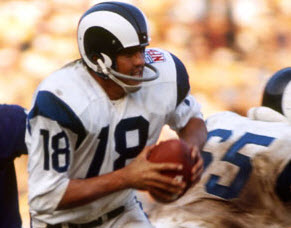 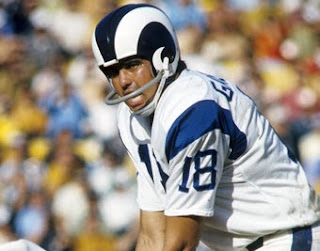 In his 1970 book Player of the year: Roman Gabriel's Football Journal Gabriel relates on story that he wore the 3/4 length to hide the extra pad on his elbow so the defense would not know which elbow was injured and give then an incentive to put a little hot sauce on any hit they may give him. 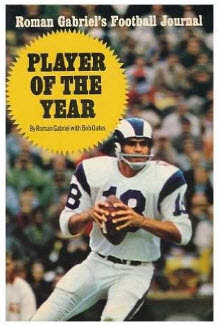 However, perhaps the player who should get credit for having extra short sleeves as a tactical advantage was Roger Brown, also of the Rams. He played three seasons for the Rams, as the replacement for Rosey Grier on the Fearsome Foursome.

However, he began with the shorter sleeves with the Lions, but we are not sure which year he began the practice. Earlier in his career he didn't. But likely by 1965-66 he was, at least based on the team photos we've been able to find.
Here is a game used Lions jersey: 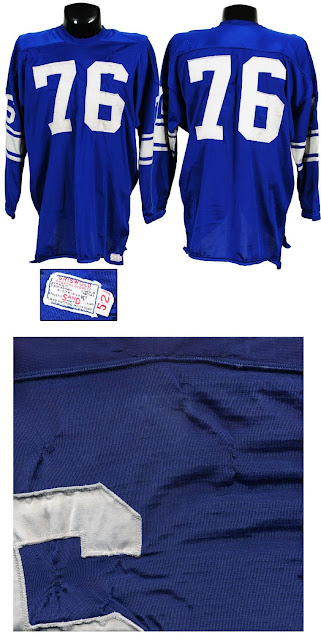 Here is a game used Rams 1968 jersey with altered sleeves. 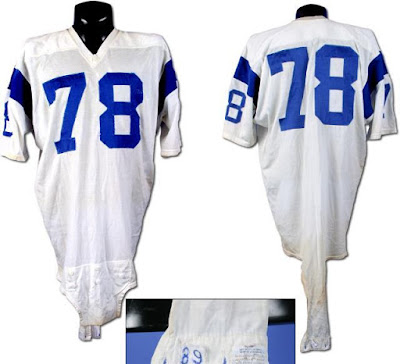 You can click HERE for quite a few shots of Brown in action, As you can tell, early shots of Brown show the 3/4 sleeves but as the photos go from the Lions to the Rams you can see he always wore the short sleeves with the Rams while the rest of the Foursome wore 3/4 length sleeves.

Brown did it to keep linemen from grabbing his arms and felt the cloth would allow a better grip. As the 1960s turned to the 1970s most defensive linemen followed suit, at least opting for the 1/2 sleeves. And by the 1980s the sleeves were designed to be shorter and tighter and that style has progressed through until current day.