Class of 2018 is Eight Players/Contributors 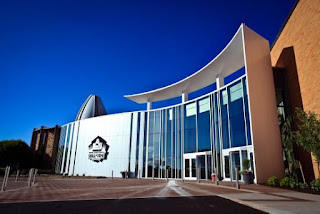 According to press accounts:
The cut from 15 to 10 that were eliminated: John Lynch, Everson Walls, Joe Jacoby, Isaac Bruce and Edgerrin James.

In the cut from 10 to 5 eliminated were: Ty Law, Kevin Mawae, Tony Boselli, Alan Faneca and Steve Hutchinson. 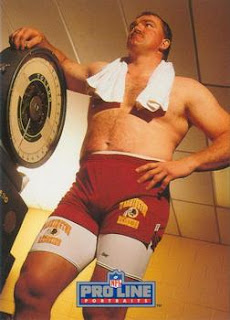 My predictions were off, we had Alan Faneca and Joe Jacoby instead of Brian Urlacher and Randy Moss. So we got six of eight.

It was a surprise that no linemen were voted in, at least one you would have expected. But from the list of cutdowns, four of the five linemen made the cut from 15 to 10. And apparently, there was a circular firing squad by the voters that eliminated all four from making the top five.

Of course, we could be wrong, but it was likely a pissing match of "my guy is better than your guy" and votes got split. All four were worthy of induction, and you'd think some would have thought of that but recently I posted on Twitter about too much parochialism on the committee. Not everyone, but enough to cause logjams too often. (CFL cities used to protect the innocent). Sometimes the voter for Calgary has too much contact with the ownership and management of Calgary to be independent and he essentially does the bidding of that franchise. Or Montreal hasn't had a player in for a while so there is a push to get one in. Or Vancouver (do they have a team?) has problems with Toronto player who some of his Vancouver boys don't like. And all that goes into the mix.

Fortunately, that does not happen all the time and does not happen like it did in the bad old days of the late-1980s and 1990s when I first began to observe the process. 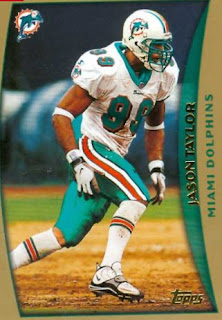 However, small things can happen that lower the bar ever so slightly. Last year, for example, Jason Taylor got in on the first ballot. He was a worthy Hall of Famer but was he in the echelon of being with the best of the best at his position? Gino, Deacon, Reggie, and Bruce. And Jason? Those are the five defensive ends who have been first-ballot. Like the old Sesame Street song "One of these things is not like the others, one of these things just doesn't belong". 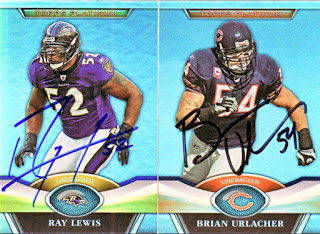 For first-balloter middle linebackers, the average number of All-Pros was 6-times. Ray Lewis exceeded that mark. Urlacher fell short. But for now and forever Urlacher and Lewis are on the same level, the same plane as Nitschke and Butkus and Lambert and Singeltary. Lewis fits with that group. Urlacher does not. 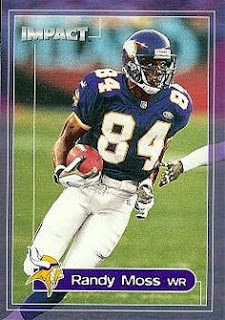 For two years Terrell Owens was "snubbed" mostly because of how he split locker rooms and how he hurt his teams but also because he dropped a lot of passes. We felt that he should get in this year and that Moss should wait. After all, Moss quit in his team in his last year in Minnesota and then in Oakland and after he was traded from New England he didn't do much of anything.

We felt he was the most talented wide receiver ever but that he lacked the intangibles of work ethic, effort, leadership when things are going bad like a Jerry Rice had or a Lance Alworth had. Guys who played when the games were played and not when they "wanted to play". But with his induction, the bar is lowered on that front.

Look, we get it. We will be attacked by those who saw all the highlights and saw the incredible plays Moss made—and there were many. But few will have the courage to look closer and try and understand the place history plays in the Hall of Fame and why Moss for all his greatness didn't meet the mark of a true first-ballot Hall of Famer. Moss was a tremendous deep receiver. he had amazing speed and leaping ability—when he used it. And even he admits he didn't use it 100% of the time.

But now, Moss will always be able to back up his claim of  "I'm the best wide receiver in NFL history" NFL.com, Jan.  29, 2013 and "I call myself the greatest" Minneapolis Star Tribune, Feb 2, 2018. Because he's first-ballot he has some firepower to his argument. It would all be fine if he'd been All-Pro more than four times and a Pro Bowl more than six times and if he had gotten closer to Jerry Rice in accomplishments, personal and team, but in real, honest, unbiased truth, he didn't. 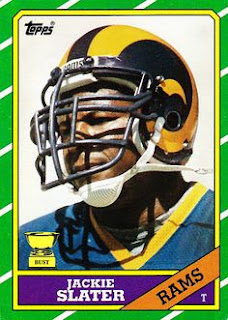 So, what used to be a once-in-a-while anomaly of guys getting in on the first try that were slightly questionable (Jackie Slater—3-time All-Pro, none consensus, 7 Pro Bowls in 20 years, sat bench for the 3 years, injured last 3) is now a pattern of 3- and 4-time All-Pros (Taylor, Urlacher and Moss) getting in right away. If 3-time and 4-times All-Pro were the standards it would be fine, but it's not.

And yes, we are aware that All-Pros and Pro Bowls are only part of the Hall of Fame equation. There are statistics, anecdotes, and yes, the intangibles (which is exactly our point, vis-a-viz Moss), the "hardware", rings, etc, i.e. lots of things. But All-Pros shouldn't be ignored or undervalued either when legacies are at stake.

We mentioned parochialism. What we think is that the question voters and fans and teams need to ask is not whether their guy should get in the Hall of Fame because it would be good for the fans or the team or a feather in the voter's cap for getting "his guy" in.

The question is this:  Does the Hall of Fame lack because "the guy" is not in. And that includes the caveat of being first-ballot in certain, warranted instances.

Sure, some voters want to dismiss first ballot significance and I don't blame them. When the bar is lowered it means less. For us, it's nearly over. But for years there was something extra to some players and that extra was rewarded by being in the Hall of Fame right away.

Yes, there were screw ups, there was the anti-Super Bowl ring parochialism that kept Alan Page out of the Hall of Fame for a year. And there have been others.

So, pardon the rant, but when no linemen get in when there are 5 qualified linemen it is upsetting because there is no Shannon Sharpe to shout from the hilltops about them. Skip Bayless likely couldn't care less that the blood and guts of a football team are underrepresented in a Hall of Fame class (and don't get us started about cornerbacks).

No, the lineman will suffer in silence, suck it up until next year and not go on radio, television and Internet to whine and complain and call themselves "the best ever". That's what divas do.