Which Defensive Linemen Are Going to Advance to Semi-Final List? 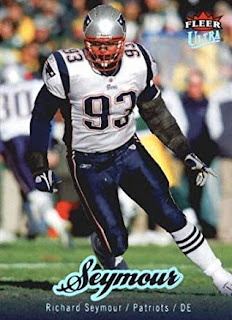 Our favorite defensive end on the list is not one of the edge rushers, it's Richard Seymour. He was an end when the Patriots were in a 3-4 scheme and when they went to a four-man line he was a tackle, usually a three-technique (a position he once told us was his favorite. These days he would be called a "defensive interior" player. But what he did was not different than what Howie Long did or what JJ Watt does now (though less than earlier in his career) and to a much lesser degree Elvin Bethea.

So whether you call him an end or tackle or interior player, he was a force versus the run and in nickel situations, he could rush well from the inside. Also of note, only Seymour and Ty Law have any serious chance at the Hall of Fame, precious few for a team that won three Super Bowl rings for a team that was known for an excellent defense.

Here is a compilation of his scouting reports coming out of college. Pretty much right on the money by Joel Buchsbaum, Gil Brandt, and Ourlads. 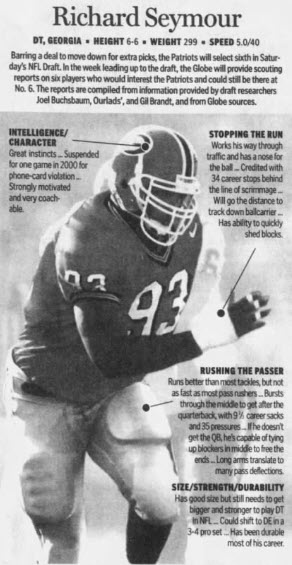 In recent years the HOF voting committee has been very kind to edge rushers and maybe that changes this year. We expect Seymour to be on the Final 25 for sure and also we are predicting he will be on the Final 15 as well. We shall see. 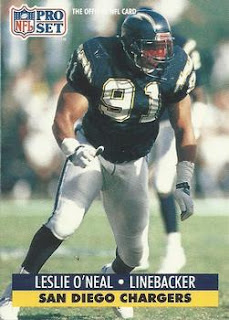 O'Neal was a classic edge rusher, he was usually a 4-3 defensive end but he did spend some time as a 3-4 OLBer. He was never All-Pro but was Second-team All-Pro three times and went to six Pro Bowls. When his stuffs are added to his sacks, he totaled over 200, which is a good number for an edge rusher. He had a shot at being on the Semi-Final list of 25. 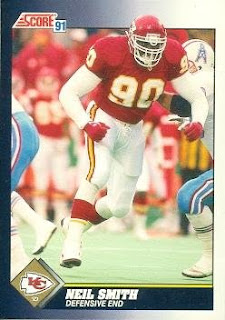 Neil Smith was a good run defending defensive end, he could get after the passer too. Smith grabbed a pair of Super Bowl rings with the Broncos and like Richard Seymour could get his hands on passes and kicks with 51 passes defensed and 5 blocked kicks. Certainly a very solid player, we are not sure people remember how good he was. We don't expect to see him make the Final 25. 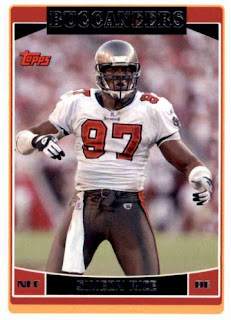 Simeon Rice was a top-flight pass rusher but not known as a good run stuffer. He gets kudos from Warren Sapp as being HOF-worthy, but from few else. he has a chance to make the Final 25 but little chance to advance beyond that, in our view. 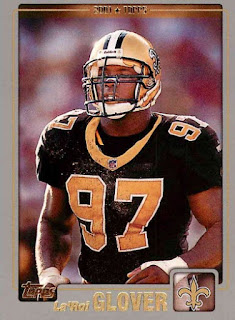 Bryant Young is one of those players who didn't get as many All-Pro honors as he deserved. He was a two-time First-team All-Pro and a four-time Pro Bowler. He ended his career with 89.5 sacks and 76 run/pass stuffs for a total of 165.5 "stacks" (sacks plus stuffs). 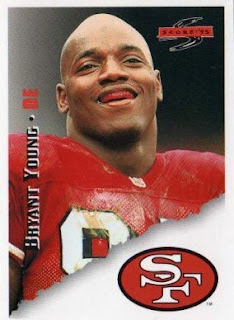 As a comparison, here are Warren Sapp's career stats (he had 162 "stacks"). He was All-Pro and a Pro Bowler in 2001 and 2002 and we are not sure why—other than team success and the fact that there were not others who had better seasons. But you can see that Young's stats, other than the "honors" match up well to Sapp's. Not quite the pass rusher that Sapp was, but more solid versus the run. 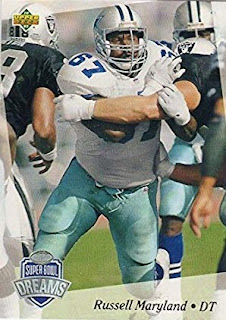 Maryland is on the prelim list and we are not sure why. He was mostly a shade tackle (nose) in a 4-3 defense, a run plugger who usually came out of the game in passing situations so guys like Jim Jeffcoat and Leon Lett could come in and get after the passer. He had a slid career but not one you'd expect from a #1 overall pick. He did make one Pro Bowl (in 1993) and likey should have gone in 1997 and he snagged three Super Bowl rings. Again, a nice career, but Hall of Fame? No.