LOOKING AHEAD
By John Turney
NFL Films Producer and Head of Research Library Chris Willis will be releasing his new book on Red Grange in August. He has announced a new website with lots of photos and articles on Grange. Check it out: HERE 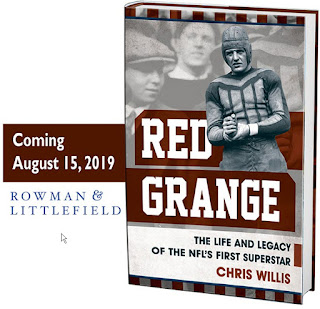 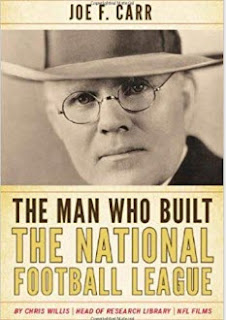 Dutch Clark (Dutch Clark: The Life of an NFL Legend and the Birth of the Detroit Lions) 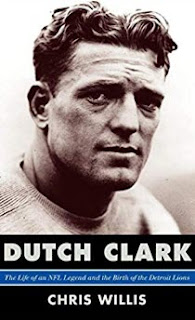 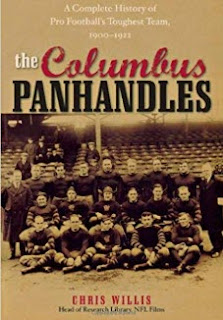 Walter Lingo, Jim Thorpe, and the Oorang Indians: How a Dog Kennel Owner Created the NFL's Most Famous Traveling Team 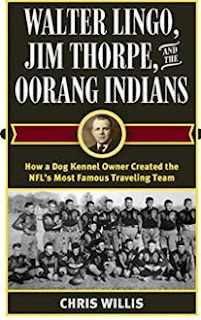 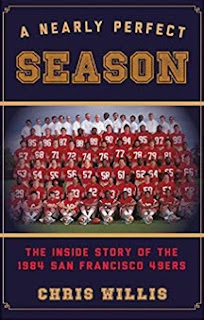 Willis has written for Pro Football Journal and chooses our annual All-Rookie team, has chosen the retroactive pre-1936 NFL MVPs for us. He picked the Top 100 NFL Books of All-Time and did a multi-part piece on Johnny Unitas among other posts.

He has won an Emmy for his work on HBO's "Hard Knocks: Training Camp with the Houston Texans and has been nominated for another this year. He won the given the 2005 Nelson Ross Award by the Professional Football Researchers Association for recent Achievement in Football Research and Historiography and in 2018 he was inducted Urbana University Athletics  Hall of Fame. Willis played wide receiver for the Blue Knights in the early 1990s.
Posted by John Turney at 9:31 PM