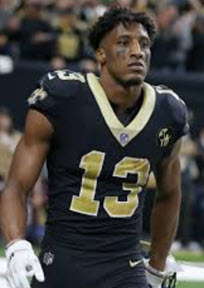 Since the AP began choosing an Offensive Player of the Year in 1972 only one wide receiver (Jerry Rice) had ever won it. That changed tonight as Michael Thomas edged Lamar Jackson in the voting 19-17.

Here are the vote listings for wide receivers since 1972. As can be seen, it's tough for even the best receivers to garner support. That is why we often use it as a "separator" when ranking wide receivers. If one can do well in this award's voting then it can put one receiver ahead of the rest of the pack. 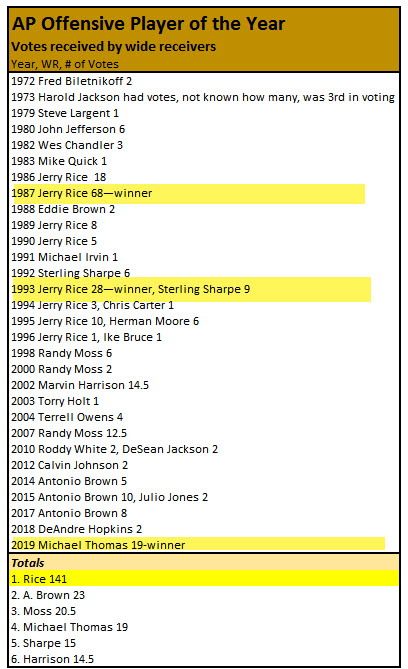