TUESDAY TIDBITS: Lining Up For the First Time in the Playoffs.

For the handful of you who sent in your "picks" as to which teams would win in the wildcard round; thanks! Though I did not list my choices, rest assured that going 5-1 was not a reason to celebrate other than my strong belief the Rams would not only cover, but win outright.

Before discussing the upcoming divisional round games......have a question for all of you if you choose to respond; will Javon Wims earn a roster spot on an NFL team in 2021?

My analysis of the stats from wildcard weekend tells us that having a 100-yard rusher at this time of year gives a team a strong chance of winning (high percentage) as the two teams that had a 100-yard rusher won. Sacking the quarterback was not a key as the losing teams recorded 12 sacks, and winning teams 9. Taking the ball away sure helps as the winners got 9 and the losers just 3.

Finally, to finish up as stated only here in my column every year since 1970 there has been at least one road winner, and with four road teams being victorious the stat will continue for another year. The divisional round is always the best weekend of playoff football, and this year we have teams lining up for the first time ever against an opponent they have never played before in three of the four games.

The Ravens have played the Bills just nine times and never in the play-offs, and there is no doubt that limiting the two excellent running quarterbacks is a subject in defensive coordinators film rooms, and on the practice field. 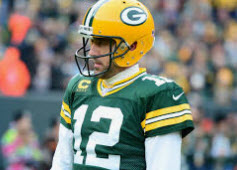 Twice the Rams have played the Packers in the playoffs, and this year is the irresistible against the immovable or offense vs. defense. Aaron R. has a real challenge on his hands with the Ram defense that is talented, tough and makes plays under coach Staley.

How many quarterbacks have the Rams faced that are as gifted and productive as Mr. Rogers and they go to his neighborhood? The Saints have beaten the Buccaneers 37 of the 58 times they have played in the regular season, yet here they are going nose to nose in the play-offs for the first time. 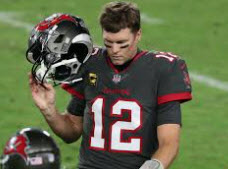 Evaluating the match-up starts with ancient yet outstanding quarterbacks, but also a handful of all-pro defenders...that is the key for me, which defense can actually limit, stop, ah hell—take the ball away? Finally, the Browns have been in the AFC for fifty years now but only played Kansas City twenty-six times, and never in the play-offs. The Chiefs have won thirteen of the twenty-six. Is there a game between these two teams that stands out you ask? 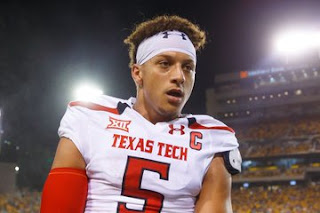 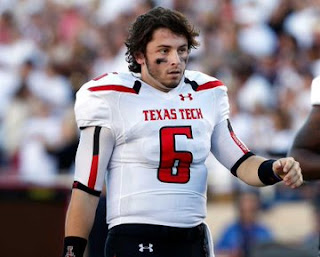 Yes, folks, there is.....during the Browns playoff season of 2002 Kansas City beat Cleveland 40-39. Boy oh boy would we all relish watching a scoring fest like that on Sunday! Oh yeah, the Chiefs kicked a field goal as time ran out to win. In closing, though there are many historical games that were played on January 10th that could be discussed here, one truly stands out.

When Dallas went to Candlestick to take on Walsh's Niners in 1982 no one could envision the drama, strategy, and epic impact the game would have on the history of the game? One of my boyhood friends who I coached with came over, and with all the fixings on the coffee table we became engrossed in the action of the game. For those of you who actually watched the game live would sure enjoy your thoughts on that contest.