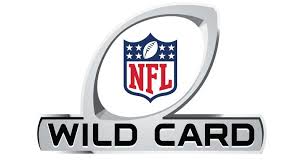 The wildcard round beckons after an interesting season in the NFL.....a season we will all remember for different reasons. Have a handful of topics to cover today, which begs the question for all you folks that read this column; are you ready? Here goes!

The Baltimore Ravens ran over, around, through, all hell pick an adjective the porous Cincinnati Bengals run defense on Sunday for 404 yards to rank 5th on the all-time list of yards gained rushing in a game.

The other four you ask?

The Detroit Lions single-wing attack gained 426 vs. Pittsburgh in 1934, and would relish watching that game film.

The New York Giants using both the T-formation and the "A"-formation gained 423 against the woeful Baltimore Colts in 1950 (have watched that game film many times). The Cincinnati Bengals gained 407 yards rushing in their win over Denver in 2000. The Bears with running back by committee hammered the woeful Packer defense in 1955 to the tune of 406 yards.

Since Mr. Henry has etched his place on the list of 2000-yard rushers, and Lamar Jackson leads a balanced Raven run attack is the record for most yards gained in playoff history in jeopardy?

Los Angeles beat Dallas on a Monday night game in December of 1980 as they gained 242 yards rushing. Thirteen days later in the wildcard round, Tom Landry's boys made the necessary adjustments and gained a whopping 338 yards rushing, while the Rams gained 92 for the record total of 430.

Wonder if that stat is even mentioned during the game this weekend? How about one more rushing stat? When the Cleveland Browns have a 100-yard rusher against the Steelers the record is 19-9, and when they don't it is 41-66-1.

Mr. Chubb convinces your O-line to open some holes, and you have a chance to win. Since one of the match-ups has been mentioned, should briefly discuss all six. The Bears have beaten the Saints the two times they have played in the postseason, and the cuddly little grizzlies would be featured on all the cable sports shows if they somehow managed to beat New Orleans.

Los Angeles and Seattle have built a budding rivalry, and have played in the past in the postseason, and for my money, this is going to be one close hard-fought game. Not sure if the Ram defense can stifle the Seahawks like they did in 1979, but if they did?

Ron Rivera watched and was later a part of a Bears front seven in the mid to late '80's that confused many a blocking scheme with their eight-man front, and he gets to play at home against Brady and his bunch.

Tampa Bay is favored on the road (more on odds later in this saga). From 1970 through 1985 the Steelers won EVERY HOME GAME against Cleveland.

Then came Bernie and Marty. . . and for four years Cleveland won in Pittsburgh and outscored the Steelers 120 to 46. Seems like forever for all Browns fans in trying to remember when they last won in Pittsburgh, and Sunday night the game will be showcased.

Eighteen years since a playoff berth, and who did the Browns lose to in 2002? The Black & Gold rallied to win a heart-stopper. The Ravens and Titans have split the four games in their playoff history, and some of the pundits believe this is game of the week? Not sure that is true, yet sure will watch to see who actually can "lug the leather".

My good friend Jeff Miller and all his friends in northern New York are sure ready to celebrate a Buffalo home playoff win, and that takes me to my historical journey back in time. January 3rd, 1993 and the Houston Oilers build a 28-3 lead on the Bills. Had heard no one "circles the wagons" like the Bills, but yet my children keep trying to persuade me to leave watching the game and go to the park for one of our family football games.

Ok, kids—just for awhile. Frank Reich will probably never forgive me but when we got back home the rally had begun. As many of you can imagine was trying to figure out what damn coverage the Oilers were in?

None of them worked as Buffalo outscored their old AFL rivals 38-10 to win a game that still ranks as one of the greatest in Bills history. Pat Thomas and Jim Eddy were fired, but eventually, both got second chances to coach in the NFL. Coach Reich has done a masterful job with his Colts; so shall we call the match-up on Saturday the "Frank Reich Bowl"?

Have tried to contact ms. Cynthia Frelund to "give" her one of the all-time stats, and no she has not contacted me? Since the wildcard began in 1970 there has been at least one ROAD victory every year in the playoffs again, every year!

Who wins on the road this year? Two of the road teams are favored by Vegas already. Betcha don't hear that stat this weekend? Analytics? Just put on a pot of coffee, dig in and research, geez, this is not brain surgery; this is football!

Even if all of you are tired of reading about the defensive passer rating, you get it just one last time this year. The top five teams in this category all made the playoffs; Pittsburgh, Los Angeles, Washington, New Orleans, and Buffalo, and the bottom six and you will notice that this hiring going on as you read these groupings. Detroit at the bottom, then working our way up—Houston, Jacksonville, NYJ,  Philadelphia, and Atlanta. Probably gonna have this chiseled on my gravestone; "if you don't play pass defense you don't win".

Will close with a compliment, yes sometimes you just have to praise those who really know what they are doing.

Albert Breer is a must-read for me each Monday at Sports Illustrated. Attempting to fill Paul Lionel Zimmerman's shoes is impossible, but Albert sure writes compelling stuff. Kudos Mr. Breer, and keep on keepin' on!

Now the other side of the ledger. By this time many of you know that making a wager on the NFL was part of my life...WAS PART...not anymore. Many brag about their ability to bet, and are liars.....have friends that can verify my acumen in this area. That said, time for accountability and a trip to the woodshed.

Even a blind chicken can find a kernel of corn. Gramling stated this week and quoting him "pride myself on being a cynical jerk"...ok Gary, take pride in that. I, personally, would rather be known for having a passion for pro football, and learning as much as possible.

Cynical Jerks should not make predictions. Enjoy the wild card games, and hopefully like Brian Wolf you will send in yours.