1964 Lions at Vikings—Purple over Purple Uniforms 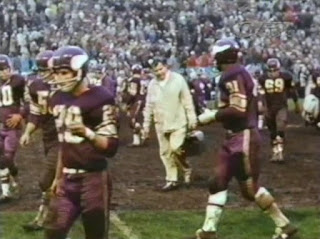 On October 11, 1964, the Detroit Lions visited the Minnesota Vikings in Minneapolis to play the fifth game of the season.

Usually, the Vikings wore their purple jerseys at home but this week, the Vikings wanted to give the fans a different look and wore their road uniforms which were composed of a white jersey and purple pants. Unfortunately, no one told the Lions who only brought their white uniforms to Minnesota.

In the first quarter, both teams wore white jerseys, but it was too confusing: 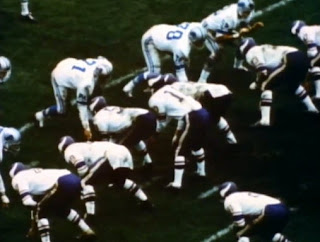 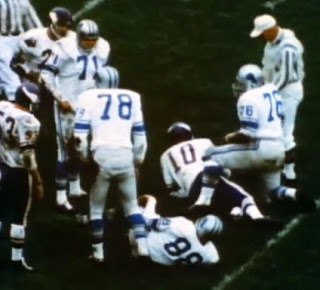 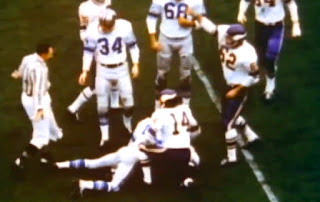 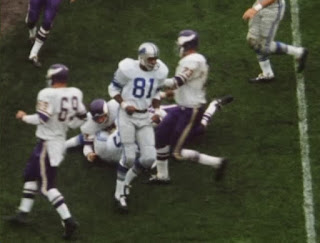 So in the quarter break, the Vikings donned their purple jerseys but didn't change the purple pants giving them a purple over purple look for the first time in their short history. 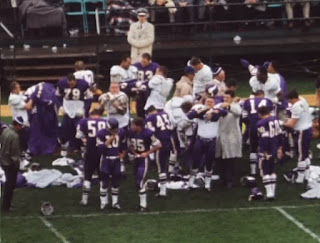 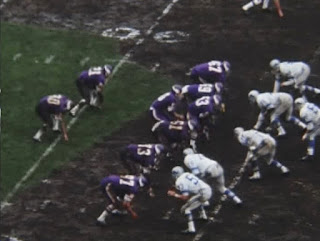 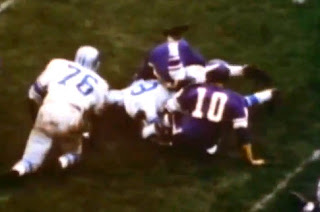 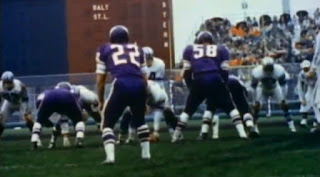 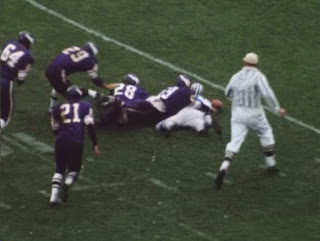 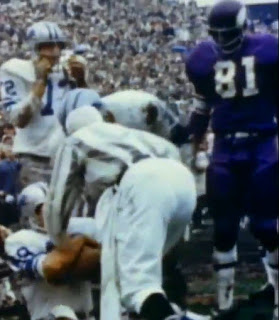