LOOKING BACK
NFL
By John Turney

Though not quite as many as appeared in this ad, there are several here and they are all looking good in the "J-formation" of Jantzen sweaters. 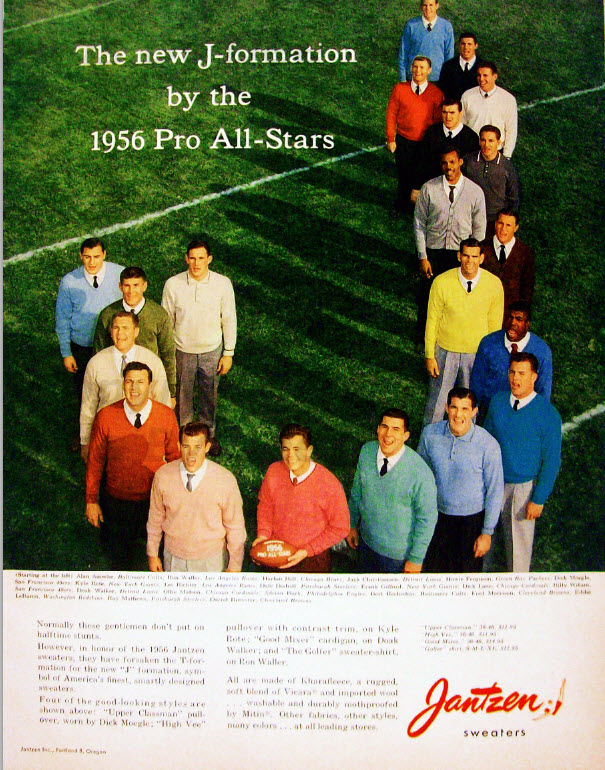 The featured sweaters are the "Upper-classmen" and "High Vee" and the "Good mixer" cardigan (who doesn't need one or two of those?).