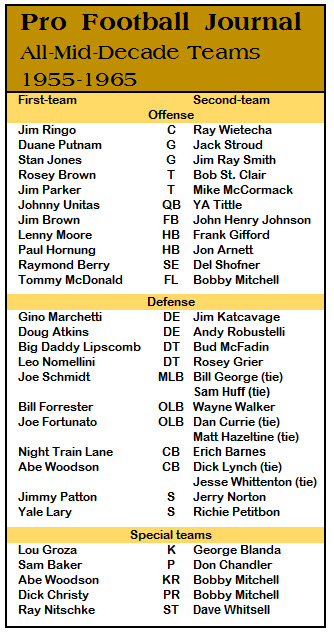 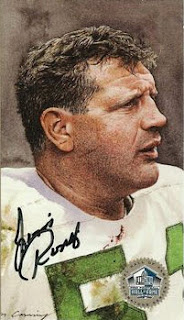 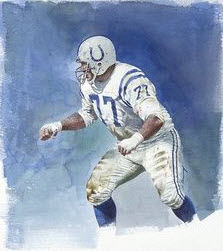 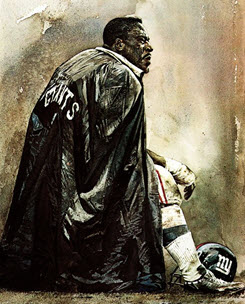 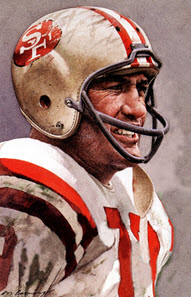 Jim Ringo was first an All-Pro by NEA in the mid-1950s and continued that status  until Mick Tingelhoff came along and we thought Ray Wietecha was next best. The guards are particularly strong in this decade as are the tackles. Both Second- here are Hall of Famers. 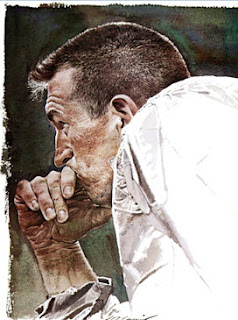 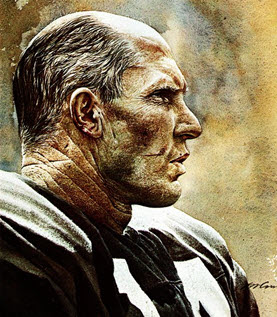 Unitas was an easy choice at quarterback and Tittle just as easy to back him up. John David Crow gets an honorable mention behind our six . We divided the receivers into split end and flanker as this was the era that those positions became defined, though Lenny Moore spent a lot of time as a flanker as did Frank Gifford. J.D. Smith joins Crow as an honorable mention 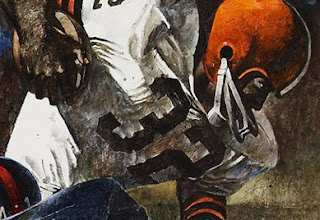 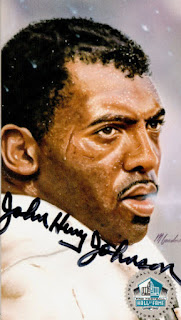 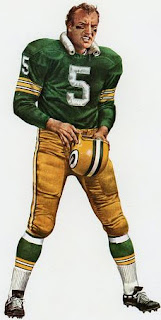 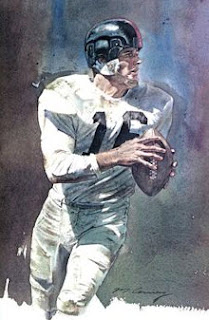 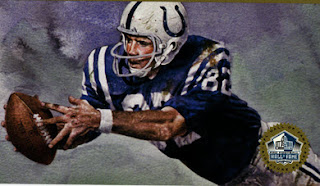 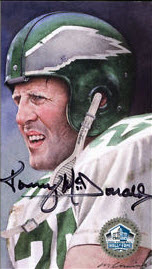 Gino Marchetti and Doug Atkins were the best, though Robustelli did have more All-Pro honors than Atkins, when you looked at the sack numbers, Atkins was ahead. Jim Katcavage is one of the really good underrated defensive ends, he was a good strong-side end and an excellent rusher. 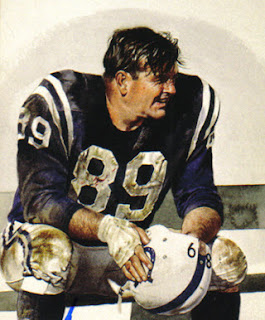 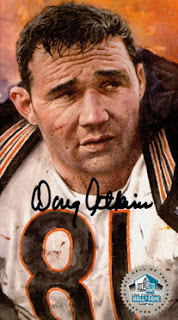 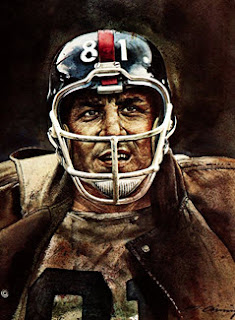 The tackles were close, each had positives and negatives. Lipscomb had a knock not going all-out all the time, Grier was not a tremendous pass rusher but a superb run stopper. got the nod for his work in the AFL. In the early would have been a candidate for the AFL Defensive Player of the Year more than once, if such an award existed. 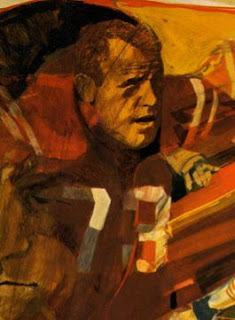 Art Donovan and Ernie Stautner are honorable mentions as is Bob Gain. 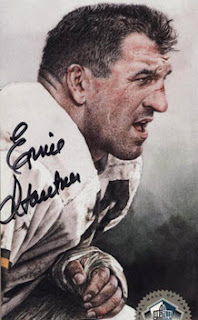 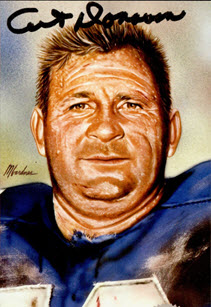 Schmidt was the best of the new position, middle linebacker. George, who spend a lot of time as a nose guard in five-man lines and Huff shared the backup spot. It was too close to call. George better versus the run and in , Huff, better in coverage. 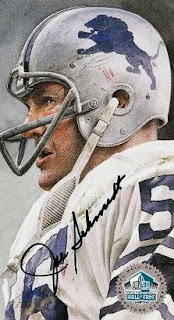 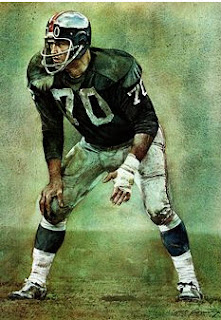 Forrester and Fortunato were to top outside backers in the new 4-3 scheme the league adopted in this decade and Walker edged Currie and Hazeltine with this pass rush . He was almost not qualified in that he came into the league in 1958, and in this exercise we like to have players contribute over the entire decade as much as possible. There was a solid honorable mention at OLBer as well, Larry Morris.

The Night Train was the dominant corner and Woodson next. The backups were close, solid players all.  narrowly beat out Lindon Crow, he was late to the party, but was the top left safety in the game and got the nod. 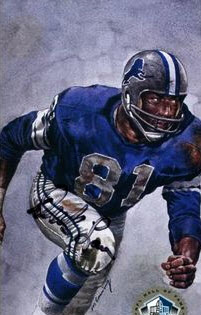 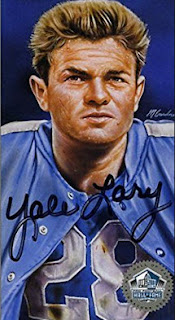 In Ray Nitschke's books it was always mentioned how he was a demon on special teams before he secured a dull-time starting spot at MLB in 1962. skill was blocking kicks and punts. 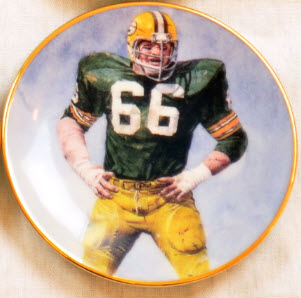 The returners were the ones most effective for the length of the 10-year period.

Agree, disagree? Let us know in below.
Posted by John Turney at 5:03 PM