However, there was an oddity. A handful of players wore blue jerseys that were a slightly different hue of blue.

Look at the red arrows pointing to Larry Brooks (90), Phil Olsen (72), Harry Schuh (76) and Dick Gordon (5) all wore a jersey with for the numerals and a hue that was more of a process than the ever-so-slight purple hue of the rest of the team.

It was not only evident in the team photo, but also in the highlight filmsespecially those played in the Los Angeles Memorial the late afternoon sun would bathe the uniforms in a light that would separate the color differences.

These are the jerseys worn by the vast majority of the team, in our view view a bit to the purple side and the value (darkness) is lighter. 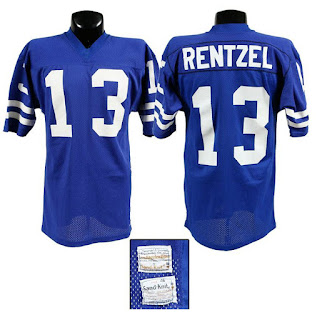 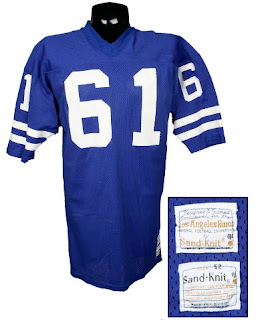 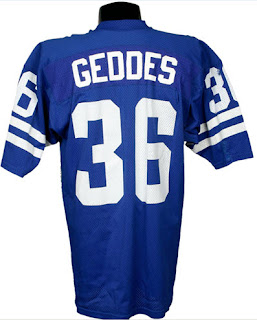 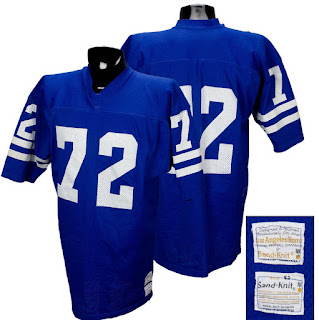 Here are a few examples in which you can see that the  are consistent with the team photo: 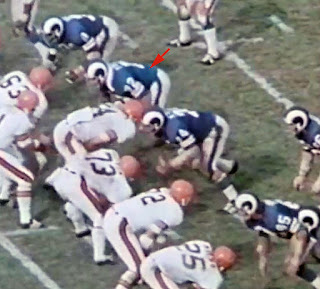 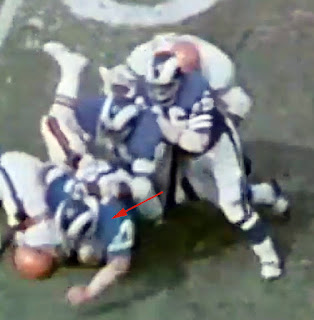 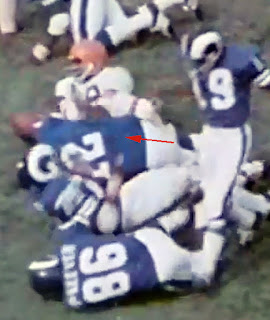 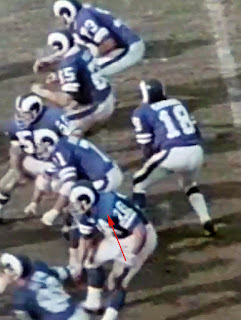 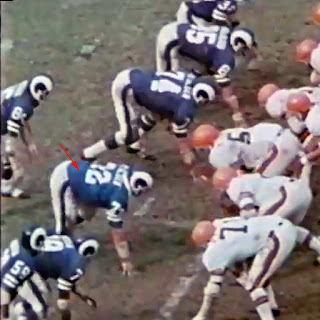 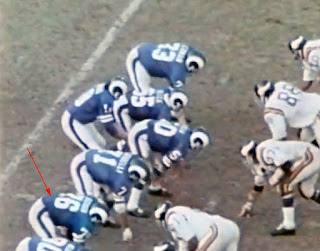 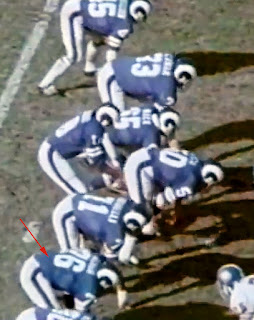 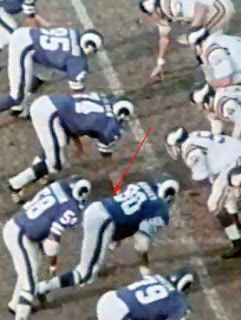 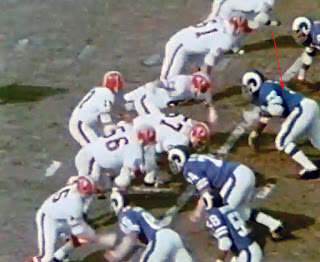 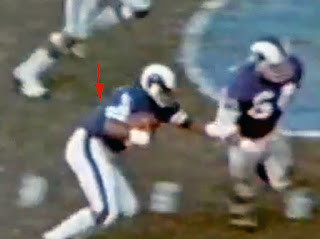 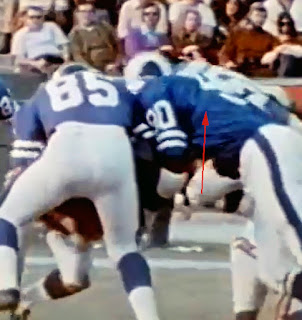 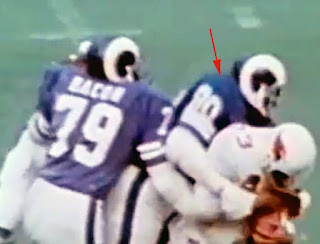 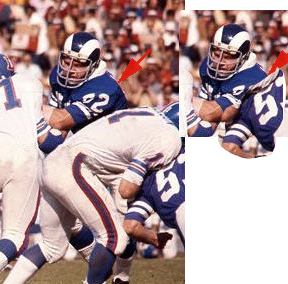 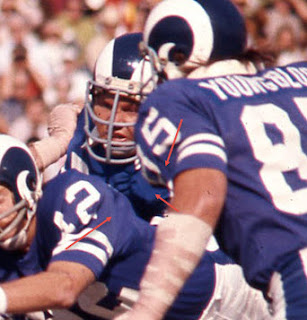 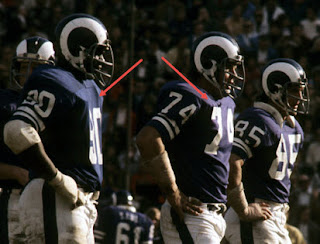