1967 Associated Press AFL and NFL Players of the Week

In 1967 the AP Players of the Week were the second season to be totally complete, all , both leagues. We are hoping that the NFL PR staffs will add these AP Awards to the "Honors" sections in their media guides, since none of the teams have them in any complete form.

It's another very interesting list of players. It was the first time that three-way and four-way ties were listed. Previously, there was only one two-way tie for the award from 1963-66. 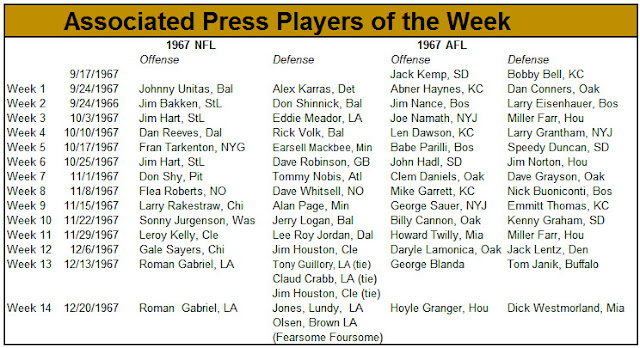 In mid-November, Larry Rakestraw of the Bears had a 7/16 day and 75 yards passing, but  passes went for touchdowns in a 34-7 win over the New York Giants. 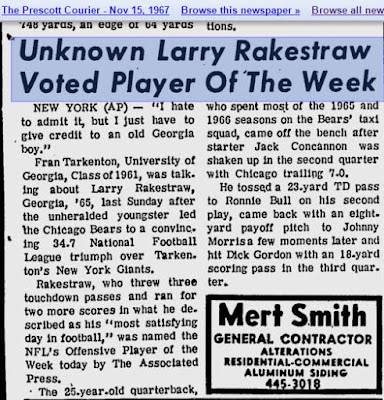