LOOKING BACK
By John Turney
With the passing of Buddy Ryan thought it might be appropriate to show a few pages from Buddy Ryan's playbook, specifically the 46 scheme and a few of the blitzes from that alignment.

Here is the 46 alignment. "J" is the left linebacker, in the 1985 version it would have been Otis Wilson. The "C" was the right linebacker, moved to the left and Wilbur Marshall was that player.  By 1985 the SS was Dave Duerson, Todd Bell held out and #46 Doug Plank was long gone. It was Plank's uniform number that the 46 took its name from. 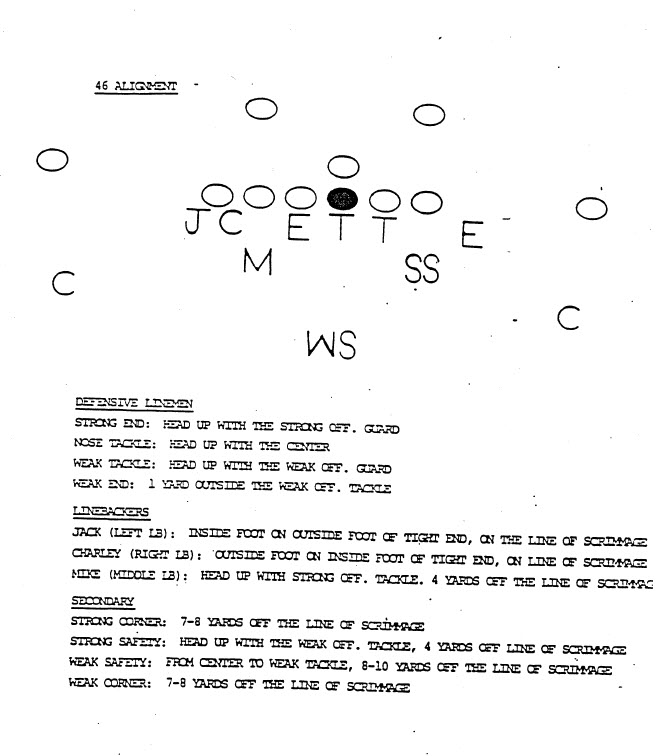 This is the 46 Jayhawk alignment where the SS goes outside the slot receiver and Charlie and Mike slide to the right. 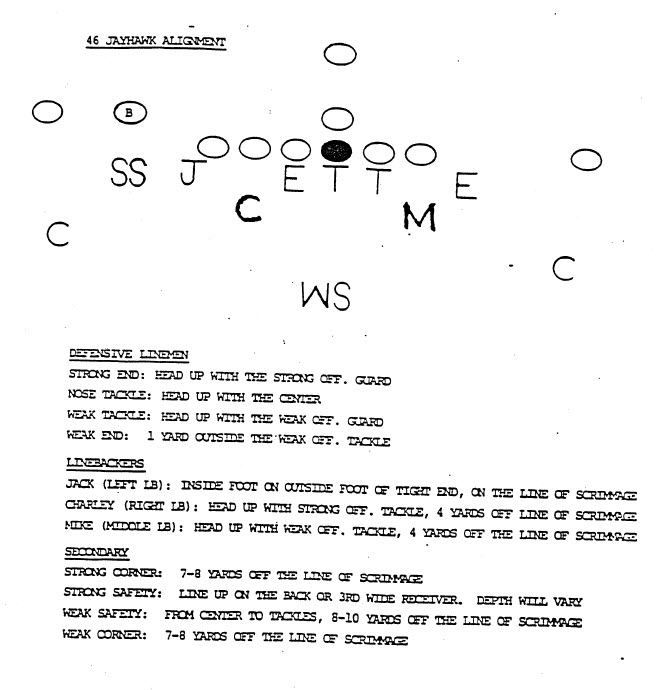 The is the 46 Hamburger blitz. Both Jack and Charlie blitz and the defensive linemen rush . It's man coverage with the weak safety taking the tight end and the middle linebacker taking the fullback and the strong safety taking the halfback. 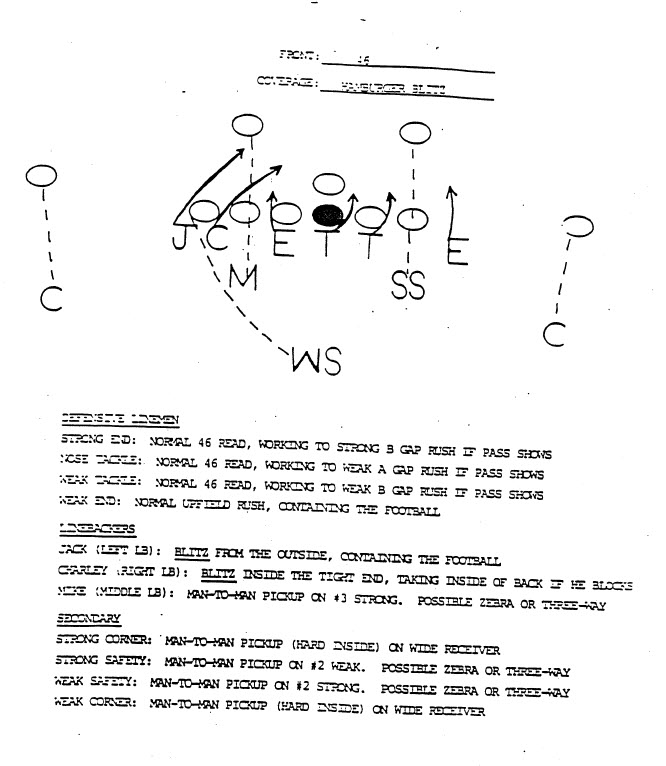 This is the 46 blitz. Al most the same as Hamburger, but the strong 3-technique and the nose tackle run a loop (in other defenses it this may be called a "twist". 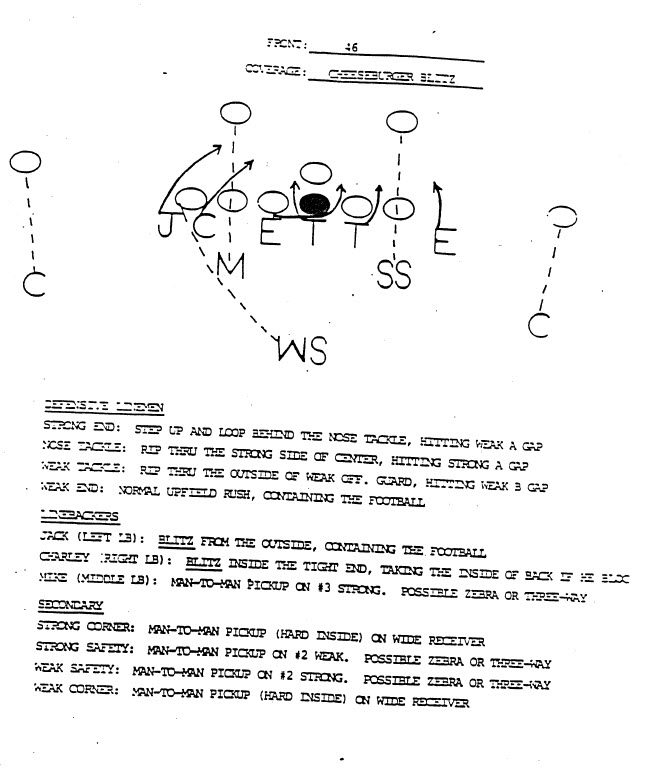 This one is called the 46 Mike Blitz.  Below it there is a short video clip for educational and critical purposes. It is reversed in that the tight end is to the left, and Jack and Charley are to the right and Richard Dent is to the left. You can see Marshall the tight end man to man and Otis Wilson and Mike Singeltary blitz with Wilson getting the sack. 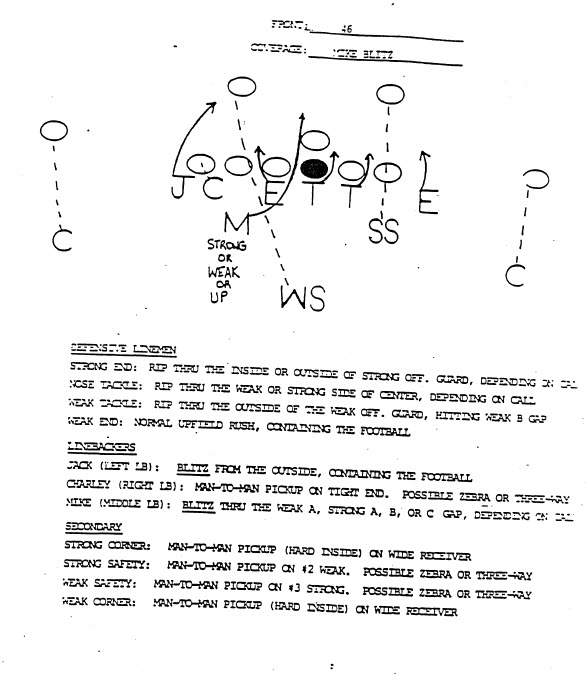 46 Mike Blitz (for educational and purposes)

This is the 46 59 blitz. In three linebackers blitz, but Jack is in a blitz-peel technique, meaning if back releases he takes that back but usually, that will block him. man coverage. 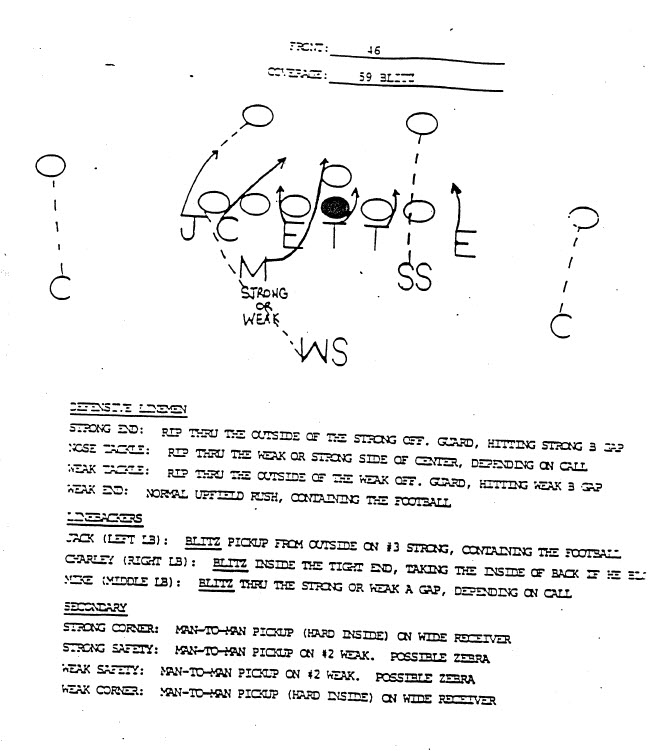 This is the 46 SS blitz. Here it shows the SS blitzing through the A-gap, but that could vary depending if there is a line call that would ask the defensive linemen to twist. 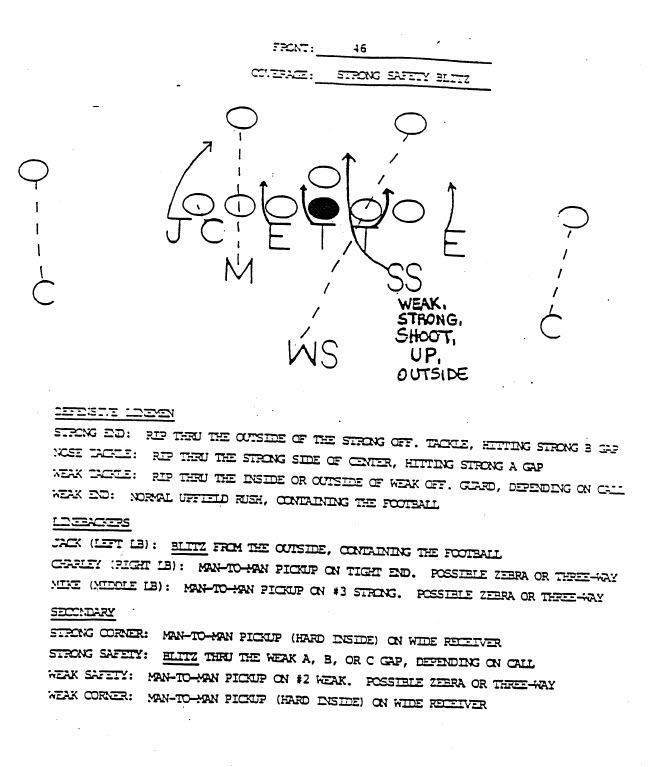 This is the 46 Cover-3 when the 'backers or safety may show blitz, but fall back to a four-under three-deep zone and only the four linemen rush. 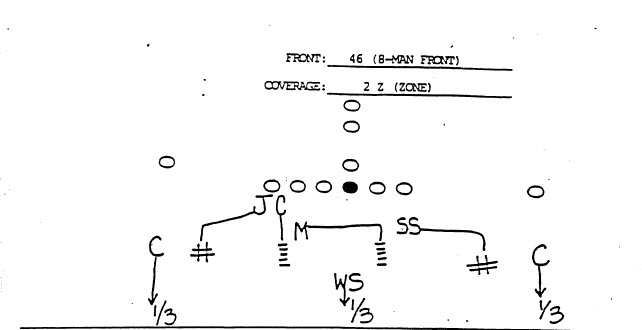 There are,  quite a few more, but this gives us a flavor of the 46 defense. 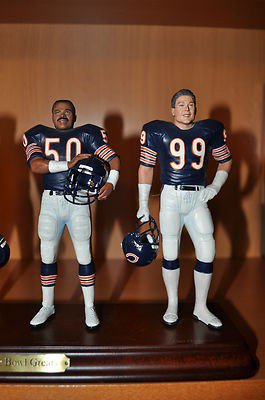 Here are a few excerpts from the 1993 Houston Oilers defensive manual. In most playbooks there will be goals set and a defensive philosophy and terminology expressed. 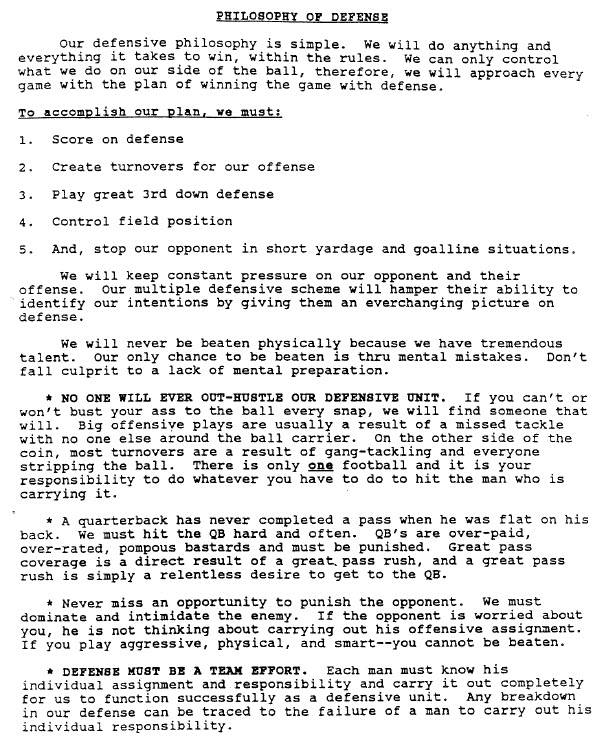 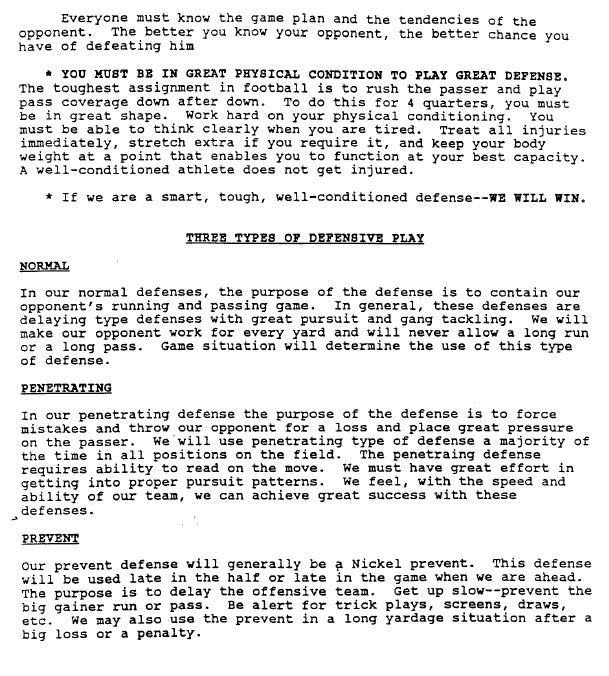 Here are the1993 Oilers defensive goals. In red we have added the actual season totals: 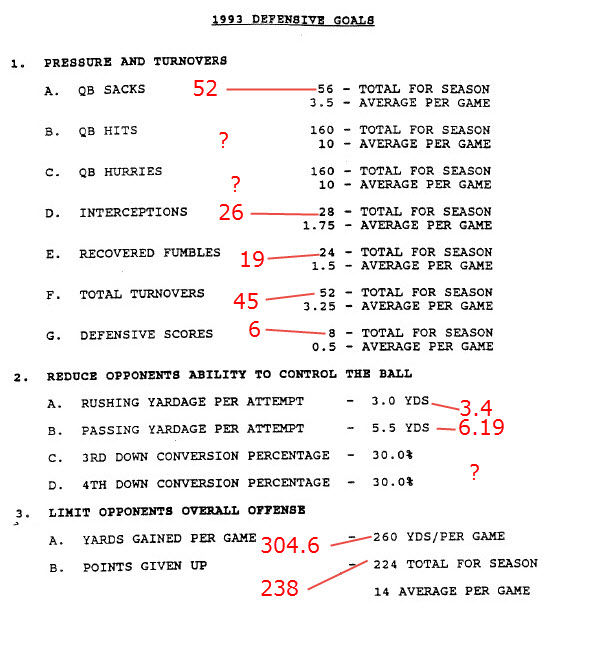