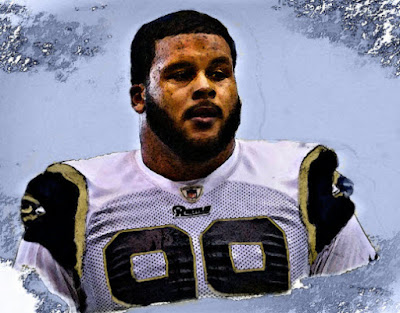 Hurries in some form have been in the NFL lexicon since at least the late 1960s. In 1967 the Rams coaches credited Deacon Jones with 100 hurries, which presumably included the 26 sacks they credited him with. Recent research by Pro Football Journal (PFJ) reveals that Jones had 5 fewer sacks than that in 1967 but that is another story for another day. 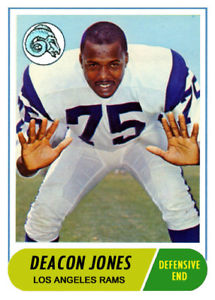 In 1971 when Alan Page won the Associated Press (AP) NFL MVP Award the accompanying article mentioned he had 42 "hurries" that season and that it was a "new stat". 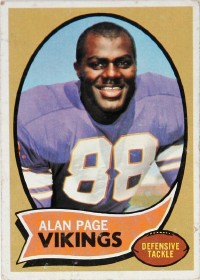 All through the next forty or so years coaches stats have recorded some form of hurries or "pressures". The Cowboys, Jets, Lions, Bears, and just about every team kept track of these stats. Some were kept internally, others were published in media releases or media guides.

In the 2000s a few organizations began to tote hurries and/or pressures. Among them are Football Outsiders, Stats, LLC, Pro Football Focus, NFLGSIS and now NFL's "Next Gen Stats". Pro Football Focus (PFF) states, "Sacks are, at least up until Pro Football Focus came onto the scene, how we judged pass-rushers". Well, that's provably dubious since if one is diligent they could find hurries/pressures stats from many team media guides of the 1970s, 80s, and 90s. PFF does a fine job but they were not first in using esoteric stats (such as hits, hurries, or pressures) apart from sacks to look at the effectiveness of pass rushers. Coaches got there long ago and NFL beat writers often published those or used them when they chose All-Pro teams.

Additionally, sacks were only part of how pass rushers were judged pre-PFF because back in the day pass rushers were also judged on how they played the run. Not in all cases, but often, the All-Pro defensive ends, tackles and outside linebackers were the ones who could stop the run as well as the pass. This was especially true in the personal All-Pro teams of writers such as Paul Zimmerman (more on him later in the post), Gordon Forbes, Larry Felser, and others.

Next Gen Stats in the NFL's own creation and describes itself as "NFL's Next Gen Stats captures real-time location data, speed, and acceleration for every player, every play on every inch of the field."

Elias Sports Bureau and Stats, LLC. are the usual sources for tackles and assists used by Fox Sports, ESPN, and Pro Football Reference.com. However, the Rams coaches also tally tackles and sacks as does PFF. We have shown them in the above chart.

Outlined in red are the various forms of hits, hurries, and pressures by the known sources.

In 2014 Rams coaches credited Donald with 12 hits and 32 pressures. NFLGSIS credited him with 13 QB hits (and that includes sacks sans forced fumbles so it is really a different animal). PFF shows him with six QB hits, 28 pressures and adds his nine sacks for 43 total "pressures". Football Outsiders (FO) shows five hits and 21 hurries for a total of 26 "hits plus hurries" and add the 9 sacks and it is a final total of 35.

In 2017 we don't have FOs totals year, they are released in the late spring or summer. NFLGSIS shows 27 quarterback hits which again, includes sacks minus the sacks that resulted in a forced fumble so the "net total" is 18 according to Nick Webster of (PFJ). PFF has a line of 12 sacks, 13 hits, 66 hurries for a total of 91 pressures. Rams coaches had 27 hits but did not record pressures in 2017 after the previous staff did record them from 2014-17. Stats, LLC., had a 36.5 total for hurries.

Actually, when you take the time to do an apples-to-apples comparison the numbers are not that far off, it's simply a difference of opinions on likely a small number of plays. For example in 2015 the Rams coaches gave Donald 29 hits. NFLGSIS, minus the sacks would be 26 hits. PFF had 25 and Football Outsiders had 27. So, there is a margin of four on "hits". And since hits are fairly easy to define from looking at the All-22 coaches film, you can see that they generally agree within a fair margin of error. And that is reasonably consistenthroughoutut the years for which we have data.

Also in 2017 is the aforementioned newcomer, Nex Gen Stats. They totaled 65 pressures for Donald. In a nice change, Nex Gen Stats gave an explanation and expresses that their pressures are based on actual measurements based on sensors in the player uniforms.

Here is the explanation.

Years ago we had a "hurries" discussion with Paul "Dr. Z" Zimmerman. He would say "nothing happened" on a play when a rusher hurries the quarterback and still completed the pass. He felt that a hurry should only count if it negatively impacted the play.

And he has a point. On "The Catch"—the famous play when Joe Montana hit Dwight Clark there were three Cowboys defenders in Montana's face. It can be argued through film study which were closest (within two yards) or who came late, but the question is valid—Should D.D. Lewis, Ed Jones and Larry Bethea be credited with a "hurry" or "pressure"? Many would say yes, Zim said, "no".

Defensive line coaches are sure that if they player did his job, like the trio of Cowboys they get credit. We've spoken to many of them. Jack Youngblood will tell you "(I)t's still pressure" referring to if the pass is completed.

In Dr. Z's incredible article in the September 1, 1982, issue of  Sports Illustrated he gleaned this great quote from Al "Bubba" Baker concerning this subject. "We figure 500 hurries equals one sack" in a big sense downgrading the value of a sack to defensive linemen. In that same article Zim quoted the Jets defensive line coach as having a statistic called a "spook" which is when one defensive lineman hurries a quarterback into another's arms and the second guy gets the credit for the sack, which happens a lot.

When I first interview Deacon Jones in Calgary in the early 1990s he told us, "I'd rather have 40 hurries and no sacks (in a game) than 3 sacks and no hurries. Because if I am in your ass 40 times, you are going to lose the game". So sufficeth it to say he thought hurries were more important that Bubba Baker did.

Side Bar—not sure why defensive linemen are into the "ass" of the quarterback. Zimmerman had a few ideas on that as well. Here is another example, aside from the Jones quote above, it is a fairly recent Facebook post from Leonard Marshall about he and Lawrence Taylor about to presumably sack some quarterbacks. The verbiage can speak for itself. 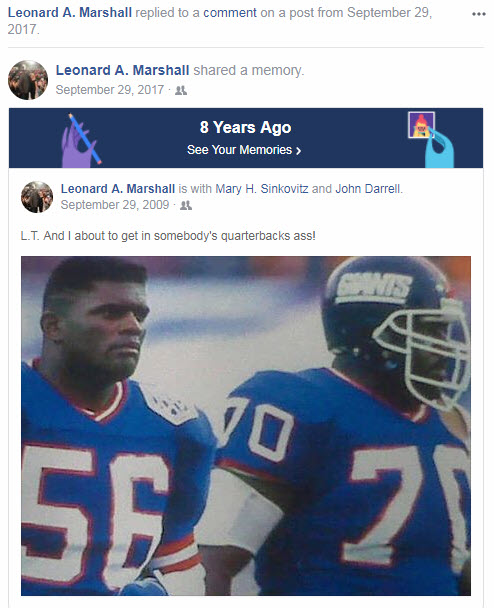 Now back to the main topic—

Over the years we've tallied some hurries as well and have used the John Levra approach. Levra was a defensive line coach for the Bears, Vikings, and Bills, coaching up Dan Hampton, Richard Dent, John Randle, Bruce Smith and others. In his book  "Coaching Defensive Lineman" outlined his methodology which is this:

Sacks is the highest level of the rush. Quarterback knockdowns are when a quarterback is on the ground after a pass play as the result of a hit which does not result in a penalty. A quarterback hit is hitting the quarterback legally but is not knocked to the ground. A hurry is when the quarterback is affected when he is throwing. Levra gave point values for those as well as for tackles, forced fumbles, holding penalties drawn and also for a "nasty".

What is a nasty? Well, in today's quarterback protecting game it is not too politically correct but it is knocking an opposing player out of the game (predominately the quarterback) presumably legally though it was not specifically mentioned.

Here are the totals for Jack Youngblood in 1983 and 1984 using that methodology. 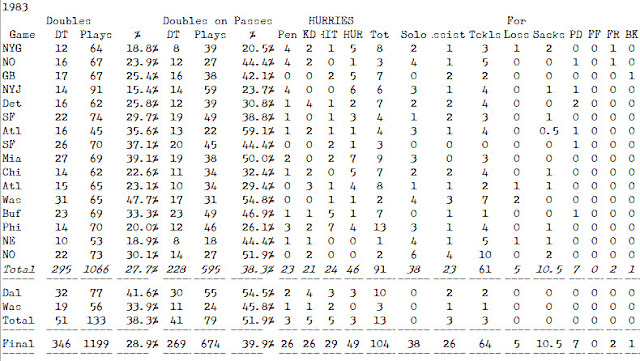 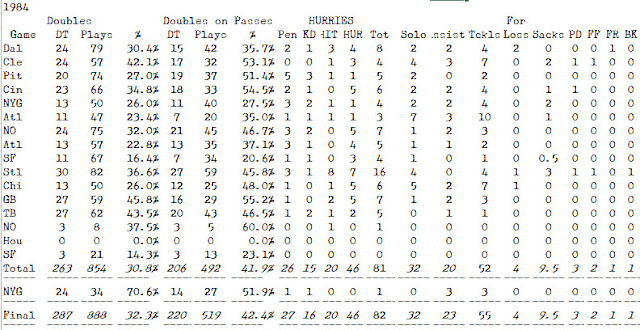 But always remember, even though pressure is very important and the pass rushers we've quoted prove tha there is more to a sack. A guy who gets a lot of hurries but cannot get a reasonable number of sacks has "(W)arning track power" according to Youngblood. So, "get all the hurries you can" but you are "paid to put the quarterback on his back".

So, how many hurries or pressures did Aaron Donald have in 2017 or in his career? Depends on who you ask.