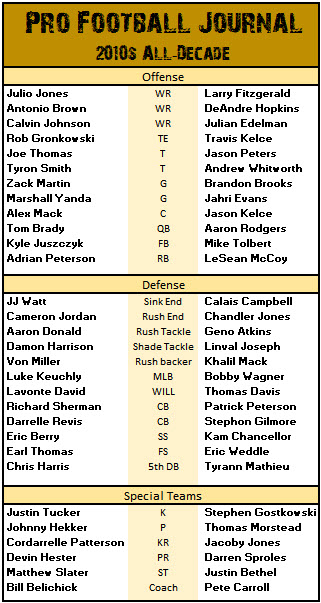 For the 2010s All-Decade, we went with three receivers and added a fifth defensive back who could play slot corner as well as their normal position.

"Sink end" is a defensive end who moved in passing situations much of the time. Watt and Campbell were the best at that spot (power end if you will). Cameron Jordan nosed Chander Jones who played some rush backer, too. Michael Bennett is a strong honorable mention as a sink end. Cameron Wake's 95 sacks in the decade deserve a mention as well, though we don't think he was effective making plays against the run when run plays "showed". Fletcher Cox is also an honorable mention.

Stephon Gilmore's surge in 2018 and 2019 secured him the Second-team corner slot. 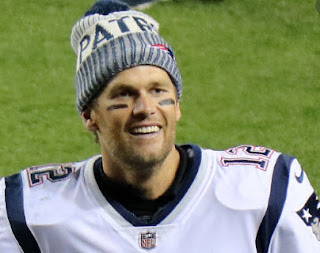 Player of the Decade— Tom Brady 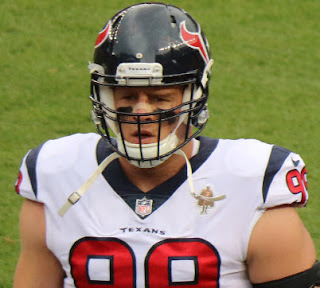 Defensive Player of the Decade—JJ Watt

Runners up—Aaron Rodgers and Aaron Donald
Posted by John Turney at 11:27 AM