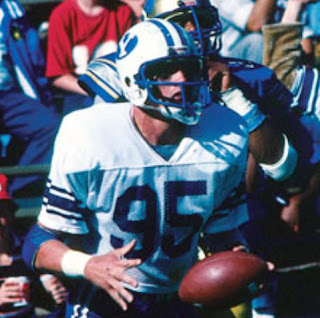 Gordon Hudson, passed away of natural causes on September 27, in San Jose, (CA). He was 59.

A three-sport letterman at Kennewick High School (WA) Brighton High School (UT) Hudson was a highly recruited athlete among Western schools. He chose to attend Brigham Young University in Provo, UT. Gordon made the decision to play football for BYU.

As a sophomore, he received Second-team All-WAC and garnered honorable mention All-American. He tied the NCAA record for receptions by a tight end in a season with 67. He totaled 960 yards and scored 10 touchdowns that season.

As a junior, he was the only unanimous All-WAC Selection, earning unanimous All-American status, and again caught 67 passes, this time he amassed 928 yards receiving and six touchdowns.

As a senior, he teamed with Hall of Fame quarterback Steve Young to set an NCAA record 44 catches 596 yards, and six touchdowns in an injury-shortened season. And for the second straight year, he earned First-team All-WAC and First-team All-American honors. 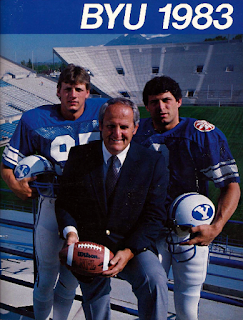 He ended his career with 178 catches for 2,484 (the record for tight ends when he graduated) yards receiving and 22 receiving touchdowns and was part of a team that won three WAC titles and earn three Holiday Bowl invitations. In 2009 he was inducted into the College Football Hall of Fame.

He signed with the USFL coming out of school and was with the Los Angeles Express in the United States Football League.  he missed the 1984 season with injuries and the next year he the Sporting News All-USFL team after making 34 catches for 476 yards though he missed a lot of time that season as well, playing just 11 of the 18 scheduled games.

He was chosen by  Seattle in the 1984 NFL supplemental draft of USFL and CFL players. He ended up playing two seasons and one with the Seahawks. Hudson had 13 catches for 131 yards and one TD for Seattle in 1986.

After his football playing days, he coached in youth football, high school football, and in indoor football. was further involved in football