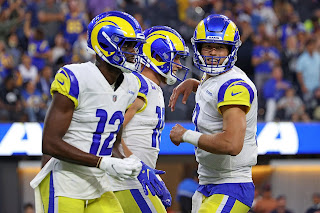 Fourteen times in franchise history—once in Cleveland, four times in St. Louis, and nine times in Los Angeles—the Rams have begun the season with a 4-0 record.
Currently, the Rams are 3-0 and face the Arizona Cardinals this Sunday in the desert to try and make it 4-0.

When the Rams have begun the season with a 4-0 record, the season almost always goes well, all but twice they made the playoffs and twice won NFL Championships. Will 2021 follow suit?
The first time the Rams were 4-0 was 1945 when Bob Waterfield, the NFL's MVP that year, was a rookie and he led them to the NFL Championship though the teams best player was Jim Benton who led the NFL with 1067 receiving yards and averaged 23.7 yards per catch. The defense posted a pair of shutouts and the offense rushed for 781 yards in that first quartet of games. Only one of the teams they beat, however, ended the season with a winning record and the combined record of the teams they beat through four weeks was 4-12.
In 1949, again with Waterfield at the helm, the Rams posted a 4-0 record. Like 1949 the combined record of the teams they beat was 4-12, with just one of the wins being a "quality win" and that was over the Bears who ended up 9-3. This season the receiving star was Tom Fears who ended up leading the NFL in receptions and also led the NFL with nine touchdown receptions.

The defense was led by All-Pro defensive tackle Dick Huffman, fine rookie linebacker Tank Younger (who also played fullback) George Sims who picked off nine passes and a good pair of defensive ends in Larry Brink and Jack Zilly. The 1949 Rams team lost the NFL championship to the Eagles on a rainy day in Los Angeles. 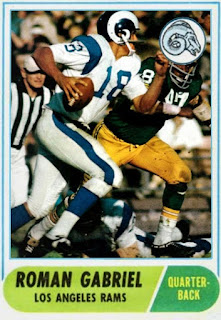 Nineteen years later the Rams began a season 4-0, and that was in 1968. After ending the 1967 regular season on fire (beating the Packers and Colts to win the division, but then getting thumped by the Packers in the Playoffs) the Rams, in 1968, began the regular season where they left off. They won their last eight games in 1967 and their first six in 1968, fourteen in a row.

Again, the combined record of the teams they beat was 4-12, but two of the wins were quality wins, one was over the 3-1 Cowboys and the other over the 3-1 49ers. In those first four games the Rams Fearsome Foursome allowed just 64.8 yards a game rushing and a 2.9 yards per carry average and nailing the quarterback 17 times. The defensive passer rating was 42.3.

The running game was not dynamic, but plodding but Dick Bass and Les Josephson and others rushed for 550 yards and a 3.9 average and Roman Gabriel passing states were 55/101 for a 54.5 completion percentage for 696 yards 7 touchdowns and 2 picks for a 91.0 passer rating.
In 1969 the Rams repeated their 1968 performance and exceeded it by going 11-0 to start the season before losing the final three and the playoff game in one of the better el foldos in league history.

The defense allowed just 3.2 yards a rush and sacked quarterbacks 16 times in the opening four games and allowed a defensive passer rating of 51.5. The offense lacked a running game and the offense fell on the shoulders of NFL MVP Roman Gabriel who threw for 9 touchdowns and no picks with a passer rating of 92.6.

The combined record of the fallen was 3-12-1 with the only quality win was over the Colts who were just 2-2 in the opening four games.
The Rams hired Chuck Knox in 1973 to be their head man and his team was built on the early 1970s Dolphins model—run the ball, stop the run, efficient play-action deep passing set up by the run game and get after the opposing passer. His first iteration of his team did all those things.

They began 6-0, ended 12-2 but lost in the opening round of the playoffs due to what seemed like the jitters by his offensive team, plagued by fumbles, picks, missed field goals they were defeated by the Cowboys. But after for games they had run for 879 yards and newly acquire John Hadl had a passer rating of 146.1, the highest of any Ram QB in the first month of the season.

Though only throwing 13 times a game he had 8 touchdowns and no picks and many of his passes were deep, averaging 13.6 yards per completion. Harold Jackson had 9 receptions for 185 yards and 4 touchdowns and this was before his monster game against Dallas in week five when he was the Offensive Player of the Week with four touchdown catches.

Defensively the Rams allowed 70.3 yards rushing (a 3.4 average per carry) and has 11 sacks (Led by Jack Youngblood who had half those sacks) and picked off seven passes (by six different defenders).

The record of their foes was 6-10 overall and only the Falcons ended the season with a winning record.
In 1978 the Rams began 7-0 and the opening four games were defensive struggles. The offense couldn't run (3.1 yards per rush), couldn't pass (67.3 passer rating) so the defense and special teams carried the team with Frank Corral kicking field goals and Pat Thomas blocking kicks.

The following two tables show the vital stats of all the 4-0 teams along with the 3-0 2018 Rams.
(Click to enlarge) 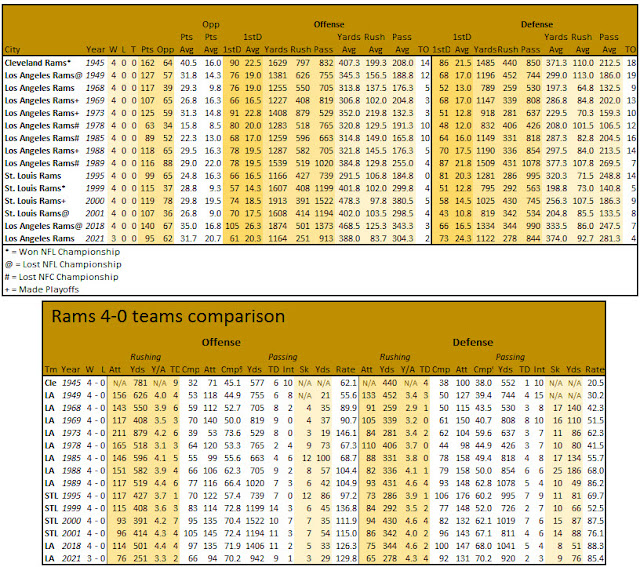 The Rams were the number one defense in the NFL in 1978 and carried that distinction from week two on. Their defensive passer rating in the 4-0 span was an outstanding 41.5.

The combined record of the four teams they beat was 8-8 but all four ended up in the playoffs so all four were quality wins. 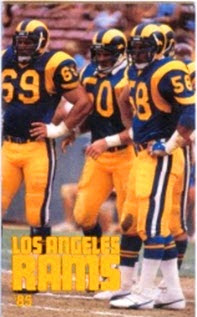 In 1985 it was John Robinson's team and Fritz Shurmur's defense. Like 1978 they began 7-0 and in the early four games they missed Eric Dickerson for two (holdout) and had a short quarterback who threw sidearm—Dieter Brock. Charles White filled in nicely for Dickerson and the run offense was fine. The defense was emphasizing the nickel more than the base and relied on a fine stable of secondary men to get the job done, names like Nolan Cromwell, Johnnie Johnson, Gary Green, LeRoy Irvin, and nickel back Vince Newsome all starred along with the NFL's best special teams units.

The record of the four defeated teams was 5-11 and only the Denver Broncos ended the season with a winning record (11-5) though they missed the playoffs.
In 1988 the Rams had injuries on the defensive line and Fritz Shurmur had a bunch of good linebackers so he often employed his Eagle defense in 1988 and 1989. In 1988 it took the league by storm and after four games they had 25 sacks. It also worked (though they were a 3-4 base) against the run allowing just 331 yards rushing for a 3.8 average in the first four games. Gary Jeter had 6.5 of the 25 sacks and Kevin Greene had four. Fred Strickland was the unique chess piece in the Eagle scheme, playing 'nosebacker'. He'd play over the nose in the Eagle but also stem to inside linebacker for the 'Hawk' defense. He'd also play defensive tackle in the nickel defense.

The offense belonged to Jim Everett (104.0) passing rating, followed up by a 104.9 in 1989) and Greg Bell (Dickerson had been traded the previous season).

The record of the defeated was 5-11 and only the Giants had a winning record by years end. 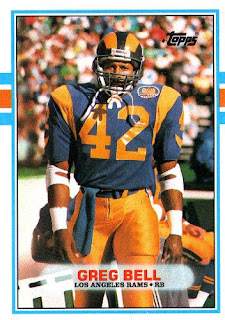 In 1989 they were 4-0 again, but it was done more with mirrors on defense, the run stopping and pass defense were okay, but nothing spectacular. The offense was a tick better than in 1988 but the defense was suspect until a fine 13-12 win over the 49ers. Against the Packers, in week three a Vince Newsome pick-six proved to be the difference.

Two of their early wins were quality over the eventual Super Bowl champs the 49ers and the 10-6 Packers. The combined record of their victims after week four was 8-8.
In their first season in St. Louis (1995) the Rams started out a house on fire, winning the turnover battle 14-0 and Jerome Bettis steadily closing out games and the defense, led by Roman Phifer, D'Marco Farr, Todd Lyght, Toby Wright and others making big play after big play.

The 5-11 record of the teams the Rams beat was a bit deceiving. The Packers and Bears were quality wins but the Saints and Panthers both ended 7-9 and were "tough outs". Not so much for the Rams who ended 7-9 and going 3-9 the final 3/4 of the season. The running game went south and so did the big advantage in turnovers. 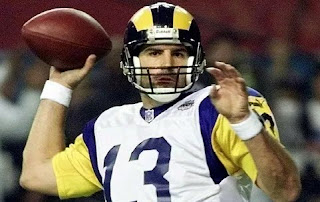 From 1999-01 the Rams were 4-0 every year and the offense chemistry was the same: Kurt Warner, Marshall Faulk, Isaac Bruce, and Torry Holt riddling defenses with Mike Martz calling the plays.

However, the story of those three defenses is another story. In 1999 the Rams had the NFL's top run defense and led the NFL in sacks. Their defensive passer rating was 64.0, second to only the Buccaneers. However, in 2000 the defense was one of the worst in the NFL, 31ist in points allowed and 23rd in yards allowed, and it occurred with virtually the same players. Kevin Carter and D'Marco Farr were injured to varying degrees, but it was a big drop.

So, Martz blew up the defense, hired Lovie Smith and built a facsimile of the Tampa Bay defense. They traded for Aeneas Williams, drafted Damione Lewis, Adam Archuleta, and Ryan Pickett in the first round and Tommy Polley in the second round to be their 'Ronde Barber, Warren Sapp, John Lynch, Booger McFarland. It worked, for a short time (2001 anyway). The defense was 7th in points allowed, 3rd to yards allowed, 3rd in rushing yards allowed and their 69.9 defensive passer rating was sixth.

In 1999 the record of the fallen was 5-12 but none of the teams made the playoffs and the 49ers who were 3-2 after the Rams loss totally nosedived. 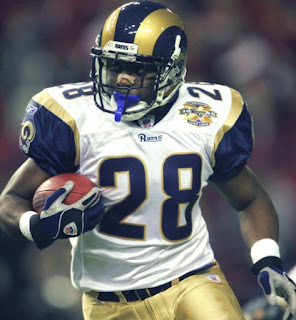 In 2000 the combined record was a respectable 7-9. And in 2001 the record was 8-8 and three of the wins, over the Eagles, the 49ers, and Dolphins were quality wins over teams that went to the playoffs.

In 2018 the Rams had the 4-0 start and ended up winning the NFC but losing the Super Bowl to the Patriots. 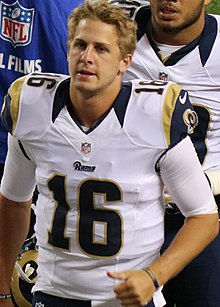 Jared Goff threw for 32 touchdowns that year and had a 101.1 passer rating but seemed to fade after the Kansas City game.  Todd Gurley was All-Pro that year as was (as always) Aaron Donald who also led the NFL with 20.5 sacks and was the consensus Defensive Player of the Year.
In their first four games they beat a good team, an average team, and two poor teams and went on to an 8-0 record before they lost and ended the season 13-3.
In 2021 Matthew Stafford has been NFC Offensive Player of the Week twice and Cooper Kupp has just been named the NFC Offensive Player of the Month for September and is currently leading the NFL is receptions, yards and touchdown catches.
The defense has been excellent in the red zone but has been shaky at times, but very good at other times. They have had injuries at running back so that part of their game is not quite up to par.
It is too early to be 100% certain but it seems the Rams, in the first three games, have beaten a very good team in the Bucs, and decent team in the Colts, and a poor team in the Bears.
The Cardinals are a good team by all accounts, so will the Rams in their fourteen predecessors in going 4-0? Sunday we will know. If they do history shows it bodes well for them since they almost always make the playoffs and usually went deep into the playoffs as well.
Posted by John Turney at 2:49 PM