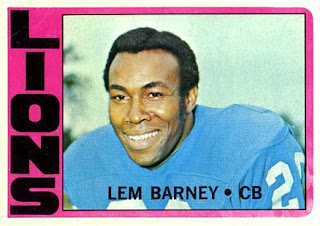 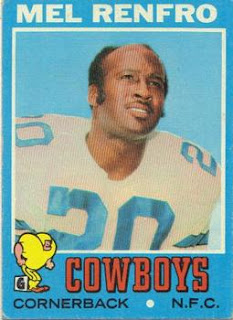 For a moment let us journey back to the first season of the NFL Wild card in 1970. Detroit and Dallas both finished the regular season very strong and the Lions headed southwest to take on the Cowboys in the playoffs.

Dallas finished the 1970 season ranked 3rd in the defensive passer rating department (48.9). The talented well coached Cowboy secondary was led by future Hall of Famer Mel Renfro. Detroit finished 4th in the league at 54.8, and the two key men in Honolulu Blue & Silver were future Hall of Fame corners Dick LeBeau and Lem Barney. Though some fans may have been bored by the lack of offense; the game was a hard fought thrilling victory for Dallas by the unique score of 5-0.


This season division champion Dallas ranks 27th in the league with a defensive passer rating of 96.7, while Detroit is even more porous with a rating of 102.1 (31st). The Lions are in first place though both the Cowboys and Packers will be very tough to beat.

Is it possible the defensive passer rating is not as important as I believed it once was? The fact that opponents have completed over 72% of their passes against the Lion secondary must sure bring a smile to coach Garrett's face. No doubt the final score on Monday night will not be 5-0.

The second part the story is a simple question........have there been other teams that were not efficient on pass defense and won a division title? Sam Rutigliano's Cleveland Browns won the AFC Central in '80 but finished 22nd in the league with a defensive passer rating of 83.3 (league average was 73.7), and they lost at home to the Raiders in a classic much discussed first round play-off game.

Twenty years later the Vikings finished dead last with a rating of 91.6 (league average 78.1), yet they won the NFC Central title, and advanced to the conference title game. The Jim Fassel lead Giants destroyed Minnesota in the air, as Kerry Collins played one of the best games of his career. An interesting side note, late in the game back-up Jason Garrett played QB for NYG. Four years later the Packers won the division but ranked 29th out of 30 teams with a rating of 99.1.

To make matters worse they lost to their hated rival in Minnesota in the playoffs as Daunte Culpepper shredded the Green Bay secondary. Most recently in 2014 the Steelers won the AFC North, but did not win division due to their pass coverage as their rating was a very poor 98.4 (28th in the league). Joe Flacco of the Ravens dispatched the Steelers with a fine performance (114.0 rating) as Baltimore won 30-17.
Posted by TJ Troup at 8:11 AM